After the iPod and iTunes, now APPLE MUSIC, which is expected to compete with Spotify and other music apps.

Mac’s OS:
Mac’s new operating system launched – OSX El Capitan, named after a mountain. This upgrade also includes the option to silence pop ups. This will help to figure out which pop up is having an error, with the option to shut down that specific programme. The improved METAL in this OS allows gamers to run games at 10x the speed.

Apple Pay:
After it was launched in the US, Apple Pay is now moving to the UK. It is confirmed that more than 250,000 locations in the United Kingdom are ready to accept Apple Pay. A mobile payment service – with specific Apple devices one can pay with the device at a retail shop or online shop. The system digitizes and replaces the credit/debit card.

iOS 9:
The new mobile software includes advances in SIRI – said to be 40% quicker and 40% more effective. It also has improved Calendar app which gives you estimate travelling time based on traffic data. It also suggests the best time to leave your current location to your next destination. When connecting a pair of headphones to the mobile device, it can suggest what music to play.

Apple Health:
Apple launched improvements on the health app, now also measuring UV exposure and Hydration levels. The app can also monitor your workout, and notify if you don’t exercise.

Apple iPad:
It is now also made possible to view 2 apps at the same time on your iPad, with the new split view. 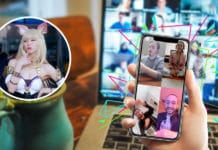 May 28, 2020
We use cookies to ensure that we give you the best experience on our website. If you continue to use this site we will assume that you are happy with it.OkRead more