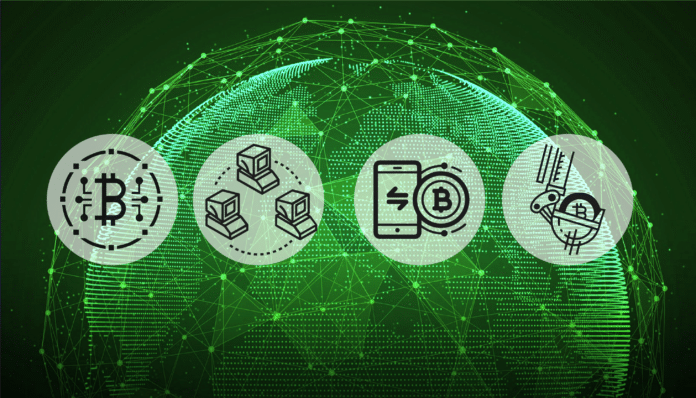 Blockchain is one of these terms we’re hearing daily now but most of us haven’t seemed to wrap our heads around it. Blockchain is an extremely complex subject so we decided to have our host Ian break it down for us with three simple examples.

Before we get into the examples and start to understand blockchain, we have to understand the basics of the internet. The internet consists of millions of computers connected together making the first layer of connection. On top of that there many other layers, such as emails and browsing. These are the most used layers of the internet. BlockChain is a new layer that is using the layer that we already have.

Blockchain is called Blockchain because there is a creation of a “chain” of information from “blocks” of data which are lists of records. It’s important to note that once information is on blockchain, it can’t be modified or changed. This is because if you disrupt one of the blocks of data, you are ultimately breaking the whole chain. What’s unique about Blockchain technology is that it cuts out the middleman, the person that you have to trust with your information. Therefore you need a key to access or share the desired information, making blockchain more or less transparent.

Basics down? Let’s get into some Blockchain examples to help you understand some of the aspects of this extremely complex subject.

Imagine going to the supermarket to buy an apple. You like organic foods so you look for the sticker saying 100% organic. You don’t know the history of this apple and are put in a situation where you must trust the sticker.

Imagine they put the information on the Blockchain, from planting the seed to picking the apple off the tree. This will be private, although if needed the encryption key can be given to the public to view all the information. This can be done to check if the farmer is following all the organic procedures. Instead of going on a server on the internet, it goes onto the blockchain.

Take games where you can build a character like in Second Life. Once you build the character, it is unique. This means that if I am building a character online, you will not be able to build exactly the same character on another PC. In this same way, data can’t be replicated in Blockchain. With the example of Bitcoin, one cannot carry out the same transaction twice.

Bitcoin and Blockchain: What is the correlation?

This new layer of Blockchain has the system of cryptocurrency which cuts out the middleman.

Cryptocurrency uses tokens. If there is a product or service that is valuable and you would want to trade with them but have no money, you can give the person a token. The token is created through a very complex algorithm and is unique on the blockchain.

This token can then be cashed in for money by selling it. The value has increased over time since so many people have jumped in on the crypto train. Most cryptocurrencies are based on open, whereas public permission-less blockchain charge a transaction fee payable to miners.

Can anyone mine Bitcoin?

Yes, anyone. This works by your computer performing some calculations and creating a result. Over time, as more people started to mine bitcoin, the algorithms got more and more complex. As mining became more common, the tokens started decreasing in amount and therefore, the price rises and profitability decreases. Back in the start of cryptocurrencies, anyone could have used any normal computer to mine, although now since the value has gone up, it is getting much more demanding for your system to mine a crypto. Coins can only be mined until the market cap is reached.

We will leave you with one tip: Be very careful with people telling you to invest in cryptocurrency, there are loads of scams around, locally too!

Did these examples help you understand Blockchain? Leave your comments and ask your questions in the comments below!