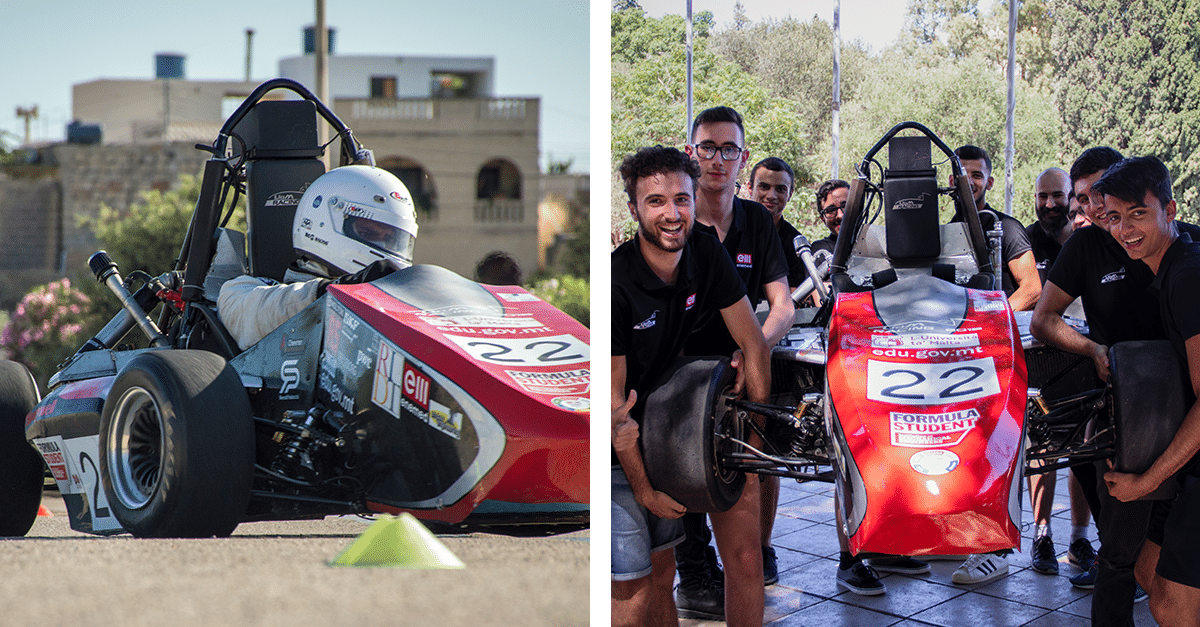 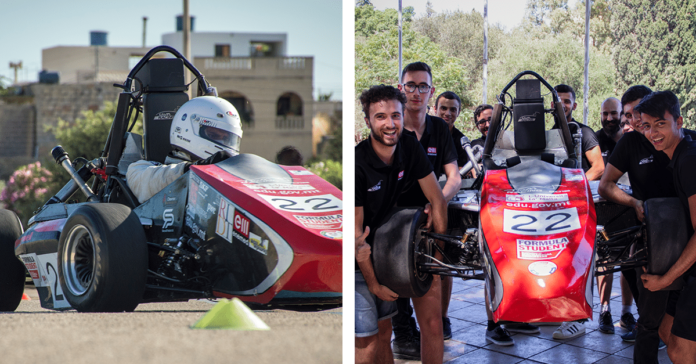 Whether you’re putting together a winning team on FIFA or preparing a homemade dinner, things tend to taste sweeter when made from scratch. That’s exactly what’s cooking over at the University of Malta, where a group of students forming the University of Malta Racing group are cooking up something special by building their own formula-style racecar from the ground up in a most interesting way, to participate in the international competitions called Formula Student, competing against other universities!

When it comes to such organisations, the expectation is that participants are engineers or have aspirations of entering that world. Here, however, as long as you’re passionate about motorsport and you’re willing to learn, then you’re in. Speaking with the team, it’s clear that the aims are three-fold; build something special; have fun doing so; gather skills worth applying in both working and private lives.

“We’re mostly of an engineering background”, the group explains, “but there are some of us studying medicine and technology, as well as law. We don’t close our doors to any faculty!” The narrative goes that, for example, if you’re studying law, one suitable designation would be the review of certain agreements for the competition.

“It’s great because it provides a work-like environment which provides solid experiences that are transferrable to the real world. But your area of study is no barrier to what you can do with the team; there are opportunities to learn new skills, such as using tools and equipment which we’re happy to teach”, UoM Racing explain. As long as a move benefits the team, then they’re happy to make things work.

As mentioned, the competition is an international one, and although by Maltese standards having a team of 25 is actually quite good, some universities will have teams of up to 300 people. And it’s a serious competition too, as judges in recent events also included members from Formula 1 history-makers McLaren and Williams. “When we presented our car to the judges, they really took an interest in what we did, asking us why we built something in a certain way, and they provide feedback on both the car’s components as well as our presentation skills”.

So, really and truly, the entire experience is built to maximise the number of skills gained and prepare participants for the working world that lies beyond university. With that established, we turn our attention to the actual difficulty of the competition, and it’s clear that there’s more to it than building a race car. A lot more.

There’s a 300-page rule book to contend with that has 12 pages or so added to it every year, so there’s a lot to remain on top of when building the vehicle. The challenges then extend to the various departments of the team. For the engineers, it would be design, but for the president, the biggest challenge is most definitely funds. Securing a budget of around €80,000 is no mean feat, but as explained, it’s both the biggest challenge but when it all comes together, it’s the biggest reward too.

“We’re competing against organisations that have access to way more funds than we do, so when we pull something special out of the bag, it means so much to us all. You learn quite a few tricks to help us be competitive while being gentle on the budget”, the team tells us.

For the races, of which there are different race classes, UoM Racing are looking at reliability rather than speed, especially since there’s a 21km race that’s to come. “We’re happy with what we’ve achieved so far and we did it while fostering a real family spirit too, but we’re still aiming to improve. We’ve put in a lot of hard work, so we both expect and want to achieve some good results”.

It’s fantastic to see the love for motorsport in Malta alive and well, and if the promised racing track is made available to groups such as UoM Racing, allowing them better testing conditions to create the best formula race car possible, who’s to say what can be achieved in the future?

All it takes is passion and a licence to dream, just like these guys are doing.