Malta Does Not Need To Be A Concrete Jungle: Esteemed Architect Makes Proposal To Solve Ugly Malta 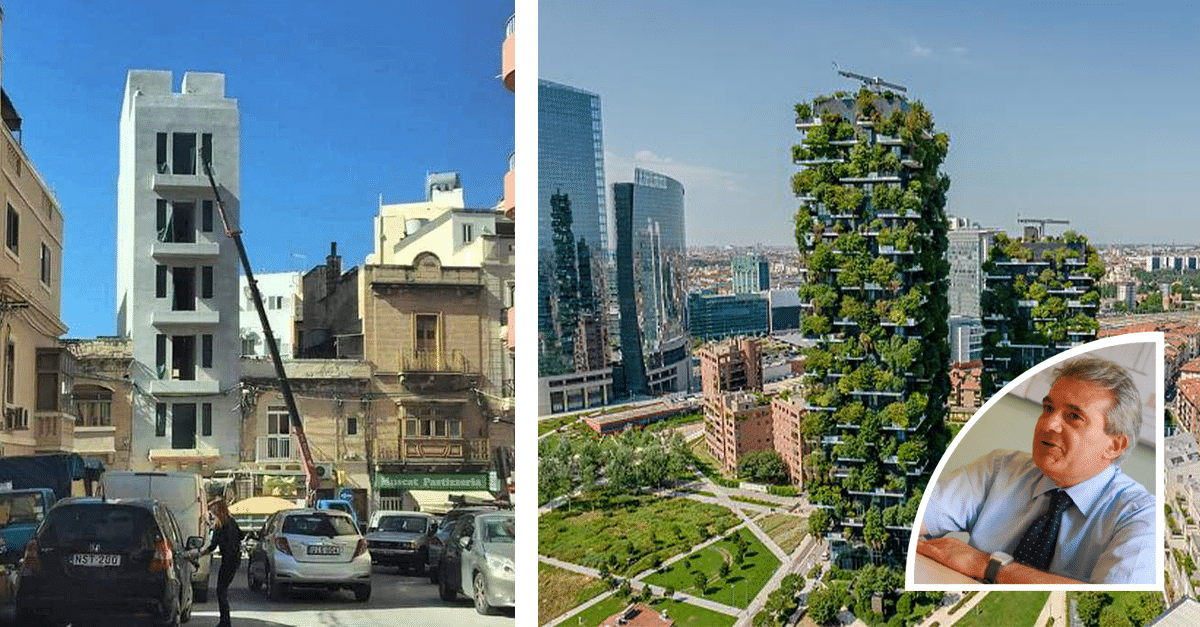 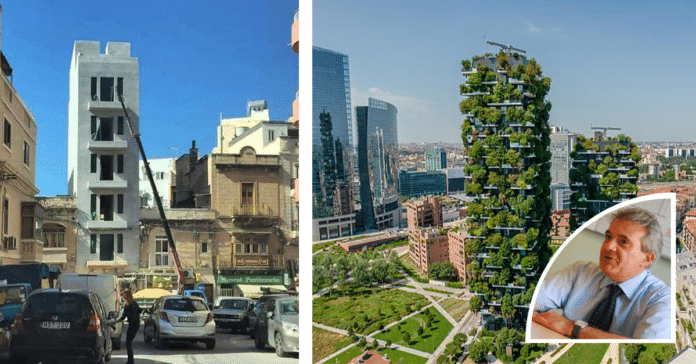 Construction in Malta has long since been a bit of a sensitive point, simply because it holds the key to Malta’s current economic trajectory. Where we once built out of necessity to provide places to live or to offer services, construction has become a means to invest, which has led to a rate of development that quite frankly has become hard to keep up with. Needless to say, that leads to a variety of questions, not least those surrounding the sustainability aspects of both construction itself and our obligation towards helping to heal the planet, as well building places that are aesthetically pleasing to the eye.

With that in mind, we invited Professor Alex Torpiano to shed some light on the situations Malta is facing, in his capacity as more than an esteemed architect and academic, but also as a proponent of what is being referred to as the “New Bauhaus”.

The original Bauhaus movement was an architectural one, developed in Germany between the two World Wars that came to the fore at a time when certain crafts were being lost amidst socio-economical upheaval due to increased industrialisation. What this movement asked for was to combine, in the construction of new buildings, these crafts together with industrialisation and art, in a bid to say, “yes, things are going to be different but they’re still going to be aesthetically pleasing”.

This movement spread to the rest of the world, and now that we stand on the brink of another industrial revolution, we’re once again being faced with the prospect of traditional crafts being lost while we build for different purposes. The first one is to face the global warming challenge in a sustainable way, meaning we need to incorporate renewable energy and energy-efficient designs in construction, but without forgetting the need to make them pleasing to look at.

“Nowadays,” Profs Torpiano explains, “the European Union has realised that if we only concentrate on energy efficiency, sustainability, technology and so on and we forget the cultural and artistic aspects, then we’re losing out.” Therefore this ‘New Bauhaus’ is a renewed attempt at embracing what we risk losing and incorporating in building and artistic designs going forward.

Profs Torpiano expands on this: “For the first time, the EU is championing this idea that we do not leave behind our culture and aesthetics in a single-minded focus to progress, and I feel that is something that’s very important”. Are we in a position to listen and take action on this idea though?

Taking on the challenge

One of the questions put to Profs Torpiano was whether it’s possible to go back to the Malta some of us remember back in the day, but he was quick to dismiss the notion. “To go back is both impossible but it’s also unnecessary,” he says. “That’s what the New Bauhaus aims to solve: how do we move forward without leaving the beauty of our past behind,” he further explained before shifting onto a more sombre note.

“In Malta, we now find ourselves in a position where we either build or we risk falling backwards economically,” he explains. “So we need to build in a sustainable manner, but we also need to build buildings that are beautiful, and these things don’t need to be mutually exclusive but can go hand in hand, and that is the challenge that the EU is presenting to its member states.”

However, there’s something that Torpiano is worried about. “What I’m not convinced is whether we’ve actually understood this in Malta”, he says. “We’re still struggling to dial back the rate of construction because we’re worried about the implications this can have, and the two main problems are these: we’re building too much, and we’re building too fast. There are solutions, certainly, but they’re not going to be easy to achieve”.

There are multiple reasons why it will be difficult to obtain these solutions. The rate of construction is being driven by the fact that it is now Malta’s chief GDP contributor; slow down construction and so does Malta’s economy. The industry is also rather set in its ways and the slowdown in tourism has only added to the need for something to replace it to keep the economy going steady. As mentioned earlier too, construction is no longer a means to an end; we build to live there or to operate a business. It has now become an investment, so if there’s undeveloped land, it’s simply a wasted plot.

And it’s also worth keeping in mind that when aesthetics are mentioned, it’s not just the building design, but also preserving what makes the island itself appealing, and if the entire island is consumed by concrete, would it remain as desirable as we’d like it to be? Malta’s limited space has led to 25% of the country being developed, which is five times more than the European average, and while it’s certainly a bone of contention, it’s something we will expand on in another piece, so stay tuned!

Does Malta need to slow down its rate of construction to protect the island or should the economy be given priority?