Talking Dogs Go Viral On TikTok: Time For Maltese Dogs To Step Up! 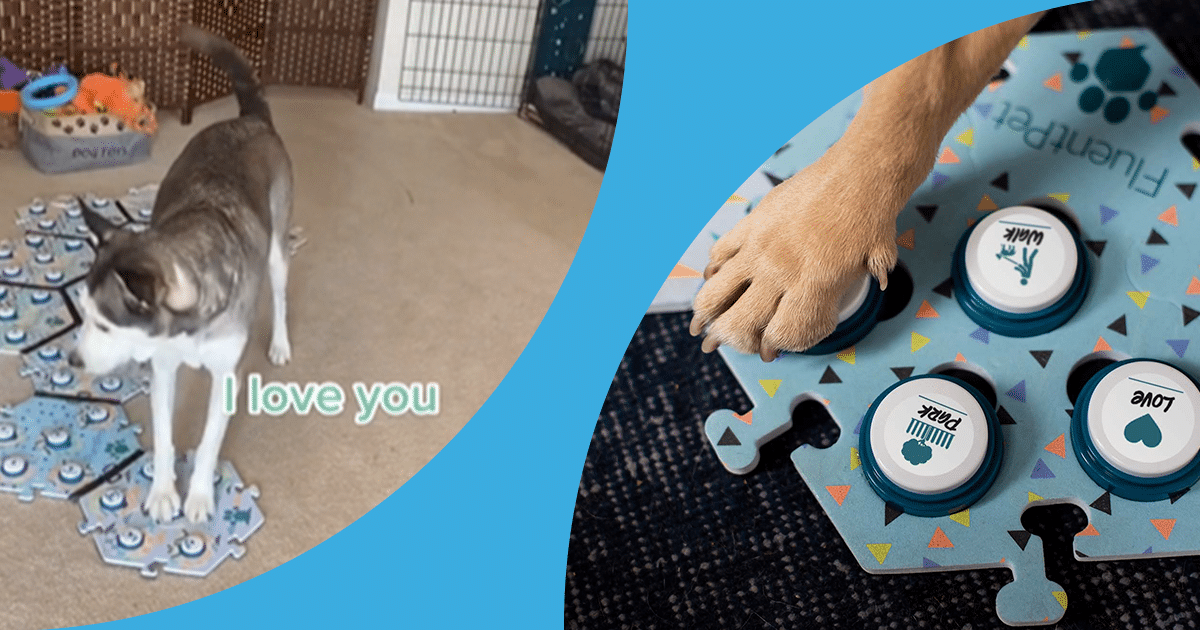 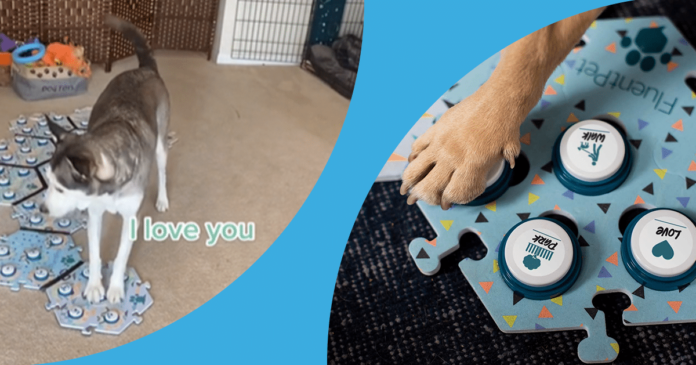 TikTok trends come and go like the winds, but when it comes to animal trends on TikTok…those things tend to hang around a little bit longer. One recent one requires dogs to “talk” to their owners using FluentPet’s HexTiles, and though we’re thrilled to see dogs in any case, seeing dogs communicate through recorded words is next-level cuteness.

Michelle Pierce and her pet Husky Lexi demonstrate how it works in a video that’s racked up over 130,000 reactions. Lexi presses the different buttons, sounding out “water”, “come”, and “look”, wagging her tail throughout the exchange. Michelle then presses “mommy”, “help”, “water” and “yes”…to which Lexi responds with a most adorable “I love you”.

There are plenty of other examples too. One such example is Bunny, who tapped “who this” and promptly looked into a mirror. When her owner told her that the dog in the mirror is actually herself, she seemingly paced the room nervously, lookied out the door, before returning to the pads to tap “help”. Poor thing.

Another time, one dog kept pressing “loud” and “why”, in response to its owner’s roomie being a competitive gamer who was embroiled in a heated online game.

The benefits…not just for dogs!

There are actual benefits to this product though, apart from the endless fun. One user explained how his cat can now communicate better and spends less time running around the house, “yelling”, trying to indicate what he wants. However, all of this is all part of a cognitive study to see whether the apparent communication is through one-off events, or if the animals are truly learning.

Sceptics say that the videos going viral are cherry-picked from a large number of exchanges that previously made no sense. However, the lead researcher on the project says that he will trust the science, whatever the outcome. Pet owners such as Pierce say that they feel they’ve grown closer with their pet through these boards, saying “If I have to give any advice, it would be to have fun with it. Just go in with ‘I want to better my relationship with my dog. I’ve always thought dogs were smarter than we give them credit for.”

As we said, there are plenty of videos of these exchanges, but for a country such as Malta where so many of us adore our furry friends, we’re not quite sure we’ve seen something of the sort yet! We know that many respond to commands such as “paw”, “sit” or “roll”, but having a two-way communication, even if somewhat limited, is something almost all pet owners dream of.

Now, thanks to products such as HexTiles, it’s become entirely possible. Just make sure that if you do ever establish such a conversation with your pet, make sure to get in touch with us!