Sikura: Local Project Created With The Aim Of Protecting Women In Malta 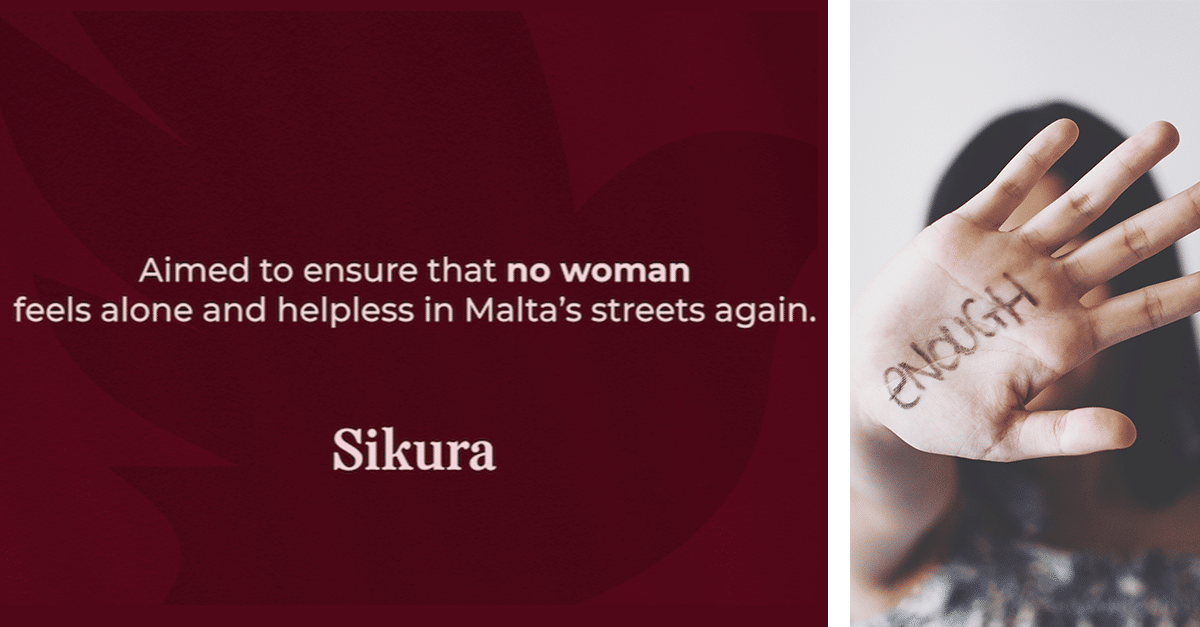 Following the second murder this year of a woman in Malta and the countless violent incidents that take place with frightening regularity, calls for more to be done to ensure no woman walks the streets in fear have been on the rise. However, as the person behind the project “Sikura” put it, “change doesn’t come from just saying that it should happen. Change starts with those people who stand up and do something about it”.

The project’s creator, Nicole Borg, describes her inspiration on the Zaar page dedicated to the project. “No person is too small to make the world, or at least their immediate surroundings, a better place. So that is why I decided to start working on a project that would help women feel safer in the street until we take the proper time to educate society, including our men, that killing or harming women just because they are women is not OK.” The fact that this phrase is still being repeated in 2022 just goes to show that despite some of the progress being made there’s still a long way to go.

So, what is Sikura, after all? It’s a mixture of devices created with the intention of protecting women, which will soon hopefully become available; offering them self-defence classes; and acting as a platform for education, teaching men that it’s never OK to abuse or harass women, while also teaching women that they should not stand for that kind of behaviour either.

The devices in question are watch-like gadgets that can be used in dangerous situations. The alarm button on the device, once pressed, emits a 120dB alarm, which immediately deters the aggressor, especially since a jet fighter taking off does so at around 125dB. The benefits are two-fold; first, it gives the potential victim a chance, however brief to potentially break free from the attacker, and second, it alerts people nearby that a crime is taking place.

Of course, the device isn’t simply tailored for women but can be used by members of the LGBTIQ+ community, children or anyone who feels the need for an extra dimension of protection. Sikura is crowdfunding to try and make these bracelets a reality and make them available at an affordable price. The search is therefore on for either a product that already exists or if there’s a local team of experts that can build the device and make it available without putting too much pressure on those who need it.

Sikura has already partnered with the Malta Self-Defence Academy to provide classes and courses to those who feel the need for added security. The Zaar funding page has a number of options available for donations, each with different perks for the donating party. Support ranges from basic support of €20 will have the donating person’s name listed in the “thank you” section on the website, to the Alarm Band Kit at €90, from which 20% will go towards sponsoring the devices and classes so that these can be made available for free to those who need them most.

People donating this amount will also get a 5% discount on the first purchase on Sikura’s website after the launch, with one of the alarm bracelets also being made available to these donators. There are other donation levels of which you can get the full details by visiting Sikura’s Zaar page here. The business donation levels then vary between, €500, €1,000 and €2,000 with again various perks for each level. The funds donated to Sikura will also go towards branding and web development.

This is undoubtedly a step in the right direction, and it’s also heartening to see a member of the public elect to not wait for a solution to drop from the sky but rather be active in pursuing a solution to a problem that has gone on too long. One death is already too much, and everyone needs to step up their game to ensure that these problems are tackled once and for all, and the only way to achieve it is by working together.

Any interested parties capable of helping out are encouraged to reach out to Sikura via e-mail: sikurawomensafety@gmail.com