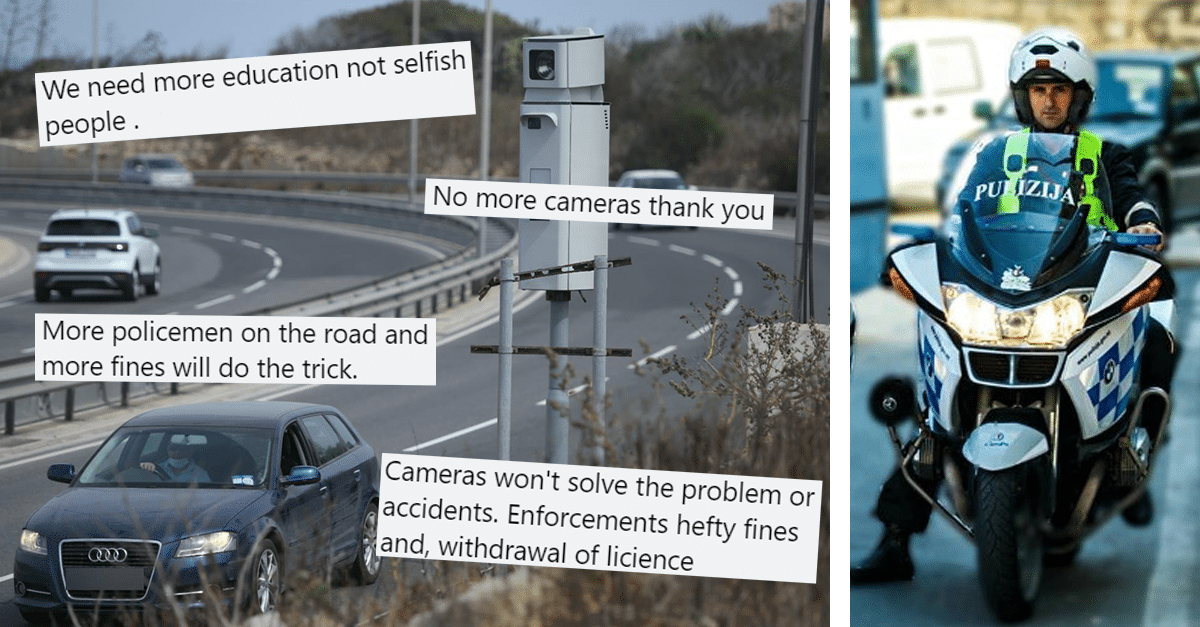 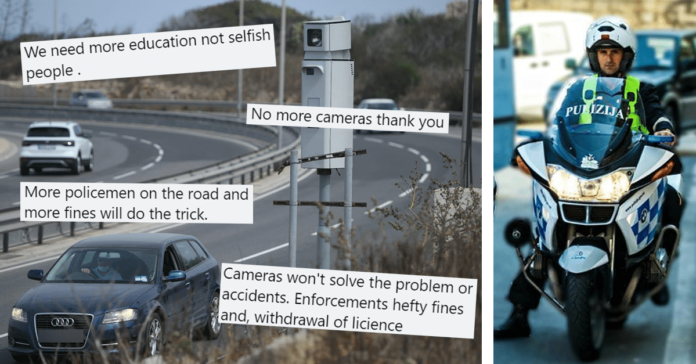 Before Malta’s roads came to a standstill following a day of torrential downpour, a different road safety question was on everyone’s mind, following yet another fatal accident. Just how are we going to put an end to, or at least limit, traffic accidents in Malta? The first inclination is to add more speed cameras, but this is not having the desired effect, and many locals feel that these devices no longer have the desired effect.

The major calls appear to be around education and enforcement of the law, rather than adding more cameras, with many lamenting the fact that if laws are not upheld, then the cameras are made useless. When it comes to education though, the difficult part would re-educating current drivers about certain oversights which are seen on a daily basis.

The more common ones would be the complete lack of use of turn signals, overspeeding, under-speeding as well as a complete disregard for roundabout rules and stop signs. So, should the whole driving population be subject to their driving tests once again, to see who has forgotten the basic rules? Unfortunately, it’s not as simple as that.

In a test environment, people are most likely to change their behaviour to pass the test. The issue is that once they head back onto the roads, the trouble resurfaces, and little changes. Some might need reminding of basic etiquette, however, the notion of respect and education might need to be instilled differently. And that’s where enforcement comes in.

Many people commenting on the post pointed to a glaring lack of enforcement across the board, especially since the issue has been brewing for a while, and we are now reaping the rotten fruit we didn’t take notice of earlier. However, as one Facebook user commented, it would be useless to place wardens and police officers across local streets.

“If you had to place them [police and wardens] across Malta and Gozo they’ll end up depressed…people just don’t care anymore. If they get a ticket, they’ll offend the officer, and if they get let off with a warning, their first thought is ‘I beat the system, so I can keep doing what I want’. People should just pay their insurance, observe the rules and drive safely, and if something happens, let the insurance deal with it. And if you break the rules, just pay your fines.”

Though the commenter used far more colourful language, he certainly made some interesting and valid points that should not be lost in translation.

Of course, this was no scientific study, and the collection of ideas must be looked at for what they are; ideas that many voiced in the heat of the moment. However, safe driving stems from people deciding to obey what is right, whether by law or etiquette. Limiting the number of cars as done in some cities is an option, but while local public transport seems to lag in terms of efficiency, people will remain largely dependent on private vehicle use.

Others cited increasing the penalties and revoking driver licences if needs be. That, however, brings us back to the enforcement issue; what would be the point of increasing fines if they’re not being handed out in the first place? The fear of the penalty would only last a while before the same situation resurfaces. There’s also the fact that despite the local drinking culture, especially on weekends, breathalyser tests are notoriously low, although recent reports suggest that number is rising.

Another person pointed out that stress across the nation is reaching all-time highs, as a result of trying to keep up with the fast-paced life we’re now living. It’s certainly worth thinking about, and there’s no fine or camera that will solve that issue, if it is truly the cause of these accidents.

What if there is a way that’s being developed that ensures each and every vehicle follows all roadside laws and regulations? The simple way of doing that would be to take the human driver out of the equation pretty much completely. This is why autonomous, self-driving vehicles could save the day, a day that still appears relatively far off from becoming the norm as testing continues.

The artificial intelligence in place is packed with positives, not least that it will always observe laws, it doesn’t get tired or intoxicated, improves mobility for people who don’t drive and the overall number of fatalities is reduced. However, there are negatives that are hard to overlook.

Aside from moral concerns, the initial cost will be expensive, which immediately puts lower-income citizens at a disadvantage. Questions also remain regarding how a self-driving vehicle will react to erratic driving from other vehicles. Concerns have also been raised about software hacking and malfunctions, not to mention where it leaves insurances; if accidents do happen, who’s to blame? Is it the car owner, the manufacturer or the software provider/developer?

The debate will surely rage on, much like what’s needed to reduce the number of local traffic accidents. There is hope in the next generation, undoubtedly, but when many of the current crop of drivers and non-drivers are suffering, action is needed urgently. Unless people are willing to take a long, hard look in the mirror, no punishment will be enough.

What do you think needs to be done to solve Malta’s current road troubles?