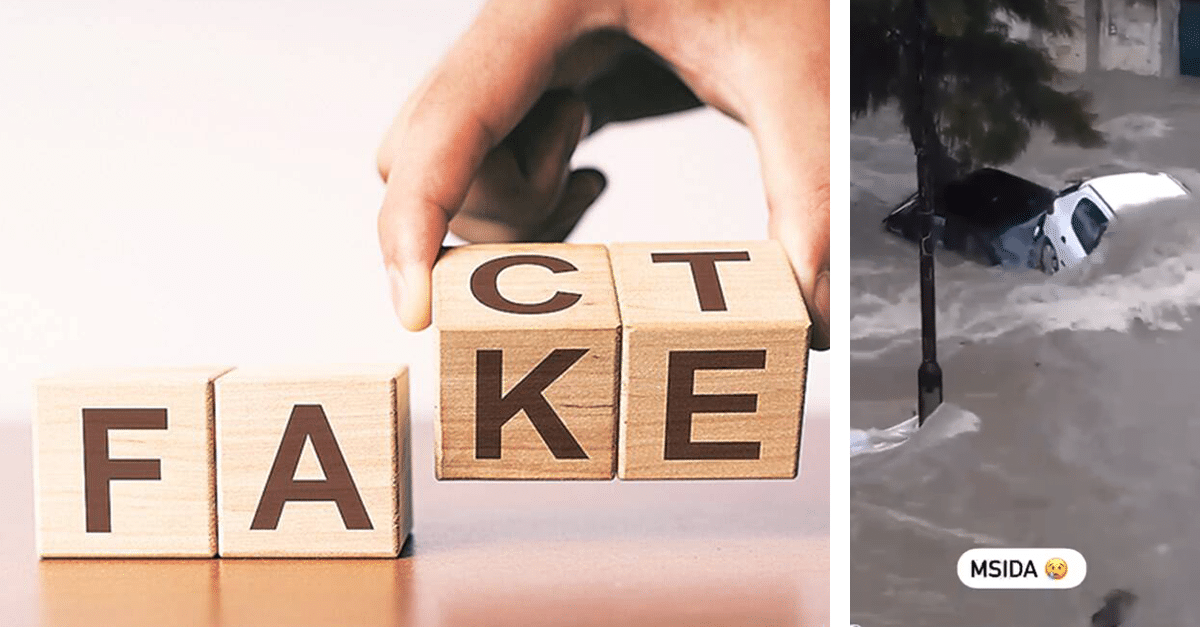 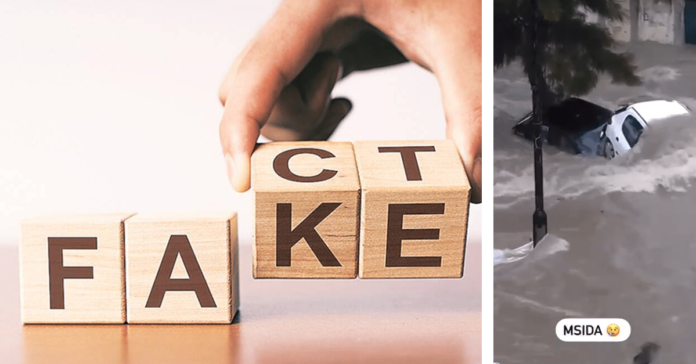 As heavy rain continues to drench and flood the island, images and videos of the conditions on local roads began to surface. People were walking through waist-deep streets. Cars brought to a standstill. A delivery man stopped on the side to help out another driver. However, one video caused a bit more of a sensation, which seemingly showed vehicles nearly submerged in Msida. However, reality soon took over.

The video in question

When we say reality, it’s not to suggest that the video in question didn’t take place. It did, and it’s evident that the location is Msida. What’s fake, however, is the context. It is entirely misleading because sharing it on a day of torrential downpour leads to suggestions that it is happening in real-time and has a high potential of becoming viral, the same way it did when the event actually took place.

For something to go viral, if you’ll excuse the pun, the perfect storm is needed. It needs to have an element of shock; it needs to appear relatable (in terms of who it’s happening to, when it’s happening and/or where it’s happening); and will elicit a reaction from others when shared.

So, on Thursday 25th November, a day of heavy rainfall and with reports of flooding in various localities coming in, someone shared a video taken at a different time showing practically submerged vehicles in Msida. To many, it appeared that the video was taken on Thursday, so it was shared without question.

The issue here is how prone many of us are to sharing something of the sort without thinking of digging deeper into it. Some might have shared it to warn friends and family of the situation. Others, maybe, wanted to get a discussion going, about how €400 million were spent on improving Maltese roads, and yet the same issues remain. Whatever the reason, the video carries the risk of causing panic when added panic was most certainly not needed.

So what should you do when you feel the urge to share a video in similar circumstances of virality, if not the weather? First, check your source and check the comments if there are any and compare to what news portals are reporting. Is anyone disputing what’s on your screen? Always ask questions and never take anything at face value, because some people have a hidden agenda.

The last point, which is extremely important but difficult to attain, is to develop a critical mindset. Questioning what’s in front of you is one thing, but don’t throw yourself down a conspiracy rabbit hole. See if the information before you looks and sounds right and look for more information to compare it to.

It sounds like a lot of work to do, as opposed to the instant gratification of likes and reactions popping up in your social media spaces if you simply hit “share”. However, but taking the above steps, you teach yourself a new thinking process that you can use to make more informed decisions.

Not sharing misinformation should be the bare minimum we do, especially during situations such as this one.