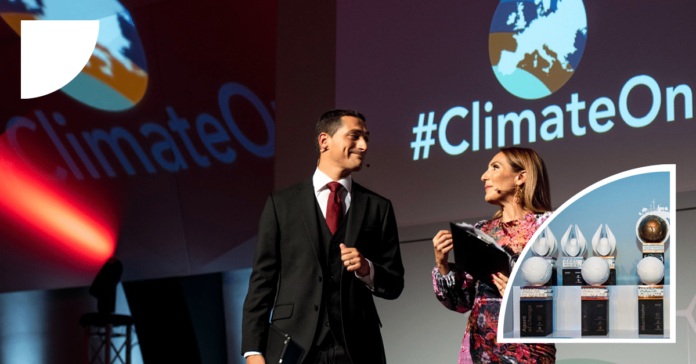 The Malta Climate Action Awards served as the culmination of the first-ever edition of the #ClimateOn Campaign, a campaign aiming to educate and raise awareness on local climate action. Organised by the Ministry for the Environment, Climate Change and Planning, the Awards ceremony celebrating the various climate action heroes was held on the 27th of October 2021. The Awards are a means of sparking inspiration in others to take action in reducing emissions and adapting their lifestyle in a bid to reach carbon neutrality by 2050.

Hosted at the Intercontinental Hotel in St. Julian’s, five awards for five different categories were handed out, as well as the overall award of Climate Action Crusader. Further to these, there was the Seed Green Programme, which rewarded three separate initiatives that promote the entrepreneurship of climate-related and sustainable business ideas. The aim of it all is to recognize and celebrate achievements driven by local businesses, public and private organisations, as well as the groups and individuals taking solid climate action.

Each participant had a different approach and all winners were worthy of their status, but as explained during his opening speech, Dr Aaron Farrugia highlighted that only collective action will lead to Malta achieving a carbon-neutral economy by 2050. Therefore, he encouraged others to take up similar practices to the award winners and nominees so that country as a whole can reap the benefits of a more sustainable and cleaner environment.

The Agent of Change award went to TAPP Water (Malta) for its TAPP Water filter, which filters water used at home, reducing the need for bottled water. As explained by Phil Richards of TAPP Water, with 1,500 taps installed that’s 146 tonnes of CO2 that have not been emitted into the atmosphere. The Energy & Water Agency was the winner for the Facilitator category, as its Energy Efficiency Scheme for Sports Organisations supported local sporting organisations to improve their facilities’ energy efficiency and thus reduce their carbon footprint.

The University of Malta’s Biology Department was the winner of the Illuminator award thanks to the SIMASEED project. The research involves the storage and genetic research of native seeds and the effect climate change is having upon them, which will lead to possibly increasing nature’s resilience to climate change. The Engagers award went to the Malta Business Bureau for its efforts in reaching out to various private entities and helping increase their uptake in energy-efficient approaches.

Startup company FLASC and the Faculty of Engineering within the University of Malta won the Innovator category for the development of an innovative technology that stores renewable energy harnessed from the sun and wind. FLASC was also chosen as Malta’s Climate Action Crusader, given the way it makes access to renewable energy in Malta more feasible.

Aside from the above awards but still under the Malta Climate Actions Awards umbrella, the Public Vote Trophy was awarded to San Andrea School for their rendition of the “Sing For The Climate – Do It Now!” song. A call for younger generations to do their part in enforcing climate action, the song was also beamed down from outer space from aboard the ISS in August as part of Malta’s Project Maleth.

The SeedGreen Programme, an initiative by the Ministry for the Environment, Climate Change and Planning and the Junior Chamber International supported by MaltaEnterprise, rewarded three applicants for their respective entrepreneurial initiatives promoting sustainability. The Programme equipped them with the knowledge and skills required to take new ideas to the state of start-ups, through two stages (Validator and Accelerator) each with a series of trainers and mentors.

First place and a €12,000 cash prize went to Pierre Axiaq and Clyde Zammit, as the creative minds behind the Tal-Kampanjol project. In summary, the duo’s idea provides a farming alternative based on scientific methods leading to 95% less water being used yet sustaining high levels of productivity throughout the year. Given Malta’s freshwater limitations, it’s easy to see why Tal-Kampanjol was selected as the winner.

Amy Sargent took second place thanks to her idea of Ecowash, a washing liquid comprised solely of natural ingredients. Most soaps and washing liquids contain chemicals that are harmful to marine life, which inspired her to create this all-natural product instead.

The PlantB app, created by Karin Caligari, won third place. Caligari first started out by providing green recipes that promoted a healthier lifestyle, but then inspiration and a will to do more took hold, leading her to expand the app’s scope and include activities that improve sustainability and carbon footprint reductions across various aspects of an individual’s daily life.

How you can make a difference

There’s no single solution to address climate change, but rather a collection of small steps taken individually, but as part of a collective. If we all take a modicum of inspiration from the award winners mentioned above and instil these changes and adopt more environmentally friendly measures, then we surely stand a chance of leaving a better world behind us. 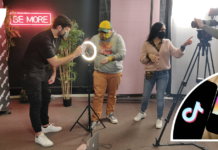