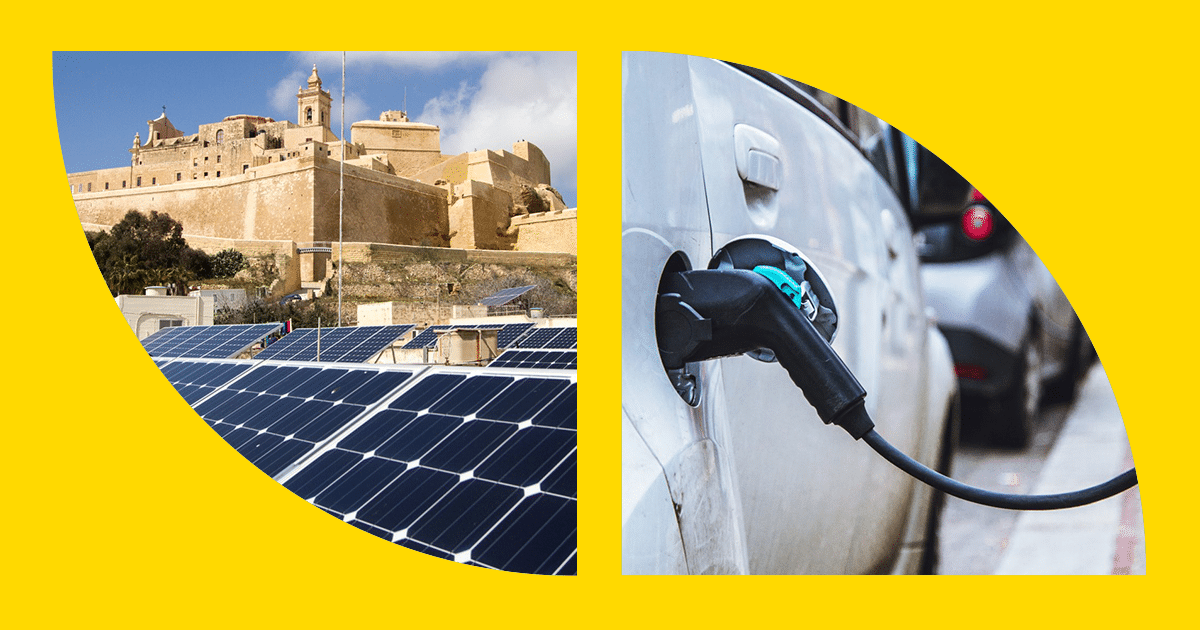 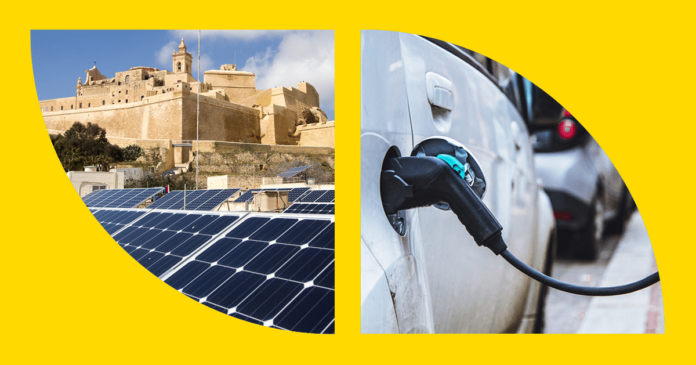 Ever since we realised that our reliance on fossil fuels is pretty much cooking the planet towards extinction, the world’s leading minds have been searching for a variety of solutions to cool things down and get us back on track. Two of these solutions have been renewable energy sources that will tone down the heavy reliance on fossil fuels and have people switching to electric vehicles as opposed to fuel-based ones.

We decided to do a bit of a deep-dive into the local EV world which you can watch on our social media pages, and a number of interesting points were raised, which we decided to expand upon here. Firstly, by using electricity to charge EVs, aren’t we still polluting via energy generation from the power plant? And with 5,000 EVs (including motorcycles) on our roads right now, how do we reach the target of 65,000 in nine years?

Soaking up the sun

One expert we chatted to is Luke Zammit, an EV enthusiast who manages the Electric Vehicles Malta Community Facebook page, and whose family all sport electric vehicles too. He was asked about his thoughts of certain gripes that people have about electric vehicles, primarily that right now, to charge an electric vehicle, it’s more than likely that you’ll be using power from a power station that’s not generating energy from “clean” sources. Therefore, the interpretation could be that you’d still be polluting.

With a wry smile, Zammit explains that his answer centres around two facts. The first is that Malta’s solar panels generate enough power to provide ‘fuel’ to 160,000 electric cars. Basically, if Malta’s current fleet of 400,000 vehicles were to be switched to electric ones, 40% of them could be powered by solar panels. That being said, one would need to see where the current flow of energy from these solar panels is headed. However, with this information, there should be a greater push to increase the number of solar panels Malta currently has.

The second part of Zammit’s answer features an example many Maltese can relate to. He admitted that yes, it could boil down to the fact that the power station is being used to power electric vehicles, however, the pollution is being limited to one place; that same power station. The emissions coming out of non-electric vehicles spread across the streets where people are walking, where children are going to school and the like.

“The energy produced by the power station is also far more efficient than 400,000 cars individually burning fuel. When you go for a coffee morning, you don’t see the organiser use 100 kettles; they use one boiler for everyone, and the same principle can be applied here to charging electric vehicles”. A conventional example to hammer home a valid point.

In summary, while the power station’s energy source is not 100% clean, by switching to electric vehicles, we are limiting pollution to one area and taking it off the streets where we live our lives.

Minister for the Environment, Climate Change and Planning Aaron Farrugia said that in nine years’ time, Malta needs to convert 65,000 of the current vehicle fleet to electric ones. Electric cars and motorbikes on Maltese roads stand at 5,000 at the moment. It seems a tall order, but it’s most definitely necessary to reach Malta’s 2030 climate goals and do our part to help make the planet last a bit longer. How on earth do we go about reaching those numbers though?

The current grant is pretty good, with €12,000 getting slashed off the price of your brand new EV. But that’s part of the problem; not everyone can afford brand new. Zammit explains that Malta would probably change in a day if second-hand EVs were made part of the grant, even if it’s less than €12,000. Another issue that strongly plagues the island is the number of available charging points.

There are currently 230 charging stations dotted around the Maltese islands, which means that by 2030, we’re going to need a whole lot more. It’s more than simply adding them around the Maltese streets; private entities should be encouraged to add such points to their parking areas. Places of work, supermarkets and shopping malls can be subsidised for their electric vehicle-friendly initiatives, making it more appealing and less stressful for people to switch to EVs without having to worry about where they’re going to charge their car.

One thing that needs to be addressed is the mentality. Given our reliance on private vehicles that are not electric, most drivers are used to pulling into a nearby petrol station, filling up, and driving off. With EVs, it’s not that simple and requires a bit more planning. There’s an app that displays the different charging points around Malta and whether they’re in use, but you also need to factor in that filling up your battery takes a good couple of hours.

Add in the fact that not everyone observes the letter of the law, and non-electric vehicles occupying charging stations is far from an uncommon sight. In fact, while filming our feature, Zammit was looking for charging points and on a couple of occasions, this was shown to be the case. Education however extends beyond educating people about legislation.

Would-be EV users also need to know exactly how much they’d be saving across a variety of areas. First of all, there are financial grants, where you’re given back €12,000 on your purchase. Zammit calculated that his current EV saves him €800 a year in recharging costs as opposed to refuelling his previous petrol-based car. In his dad’s case, since he used to drive a larger vehicle, it’s estimated that he’s around €1,700 better off now than before.

Why Malta’s a great place for EVs

One thing that certainly gets talked about a lot is battery range. Malta’s small size and climate are huge factors that contribute to battery range regularly being exceeded. Most EV batteries give a range of 300km, though Zammit explained that his dad’s EV, which is already four years old, not only reaches the alleged maximum range but often exceeds it, occasionally hitting even 380km.

The fact that we don’t reach very high speeds often, the climate is favourable and the distances travelled are shorter all contribute to battery life being extended and rarely being put under stress. Basically, Malta’s a great place to own an EV, so once all the pieces of the puzzle are put into place, reaching 65,000 electric vehicles across the island should not be the massive challenge we currently perceive it to be!

Watch the full feature below and let us know of any EV questions you might have!