A lot of people have been anticipating this event throughout the summer, and speculations have been headlining news portals around the world.

As expected by many, this event has been the launching platform for the new iteration of the iPhone, which has been revealed to be come in two variations, the iPhone 6 and 6+. Both these new smartphones sport a significantly larger screen, when compared to its predecessor. The iPhone 6 comes with a 4.7″ 750p screen, whilst the iPhone 6+ comes with a 5.5″ 1080p screen. Both screens are HD retina displays, which pack more colours, a higher contrast ratio, and wider viewing angles.

Both smartphones were developed on a 64bit architecture, and sport the A8 chip, which alongside the M8 motion coprocessor, provide a smooth and powerful experience. The new hardware also allows for the system to work more efficiently, allowing for a longer battery life.

The camera sensor has been overhauled, and now includes the new focus pixel, which provides clearer, and more vibrant images. Video can now be captured in 1080p at 60fps, in slow motion at 240fps, and in time-lapse mode. Users will also be able to take panorama images up to 43MP in size, and the iPhone 6+ will sport a new image stabilisation system.

Security has been updated, and the TouchID and Passbook will now work in tandem with the new Apple Pay system. Thanks to NFC (near field communication), users will now be able to pay in stores supporting NFC payments wirelessly using their iPhone.

Gone are the days of searching for your wallet. The wasted moments finding the right card. The swiping and waiting. Now payments happen with a single touch.

Apple Pay will change how you pay with breakthrough contactless payment technology and unique security features built right into the devices you have with you every day. So you can use your iPhone 6 to pay in an easy, secure, and private way.
Of course the iPhone 6 and 6+ will feature the new iOS 8 which has been designed for the new larger display, and to work seamlessly across platforms. Internal storage for both models will be available in 16Gb, 64Gb, and 128Gb, and the back plate will be available in a silver, gold, or grey metal finish. 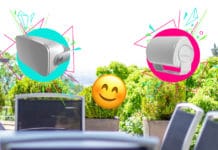 August 6, 2020
We use cookies to ensure that we give you the best experience on our website. If you continue to use this site we will assume that you are happy with it.OkRead more