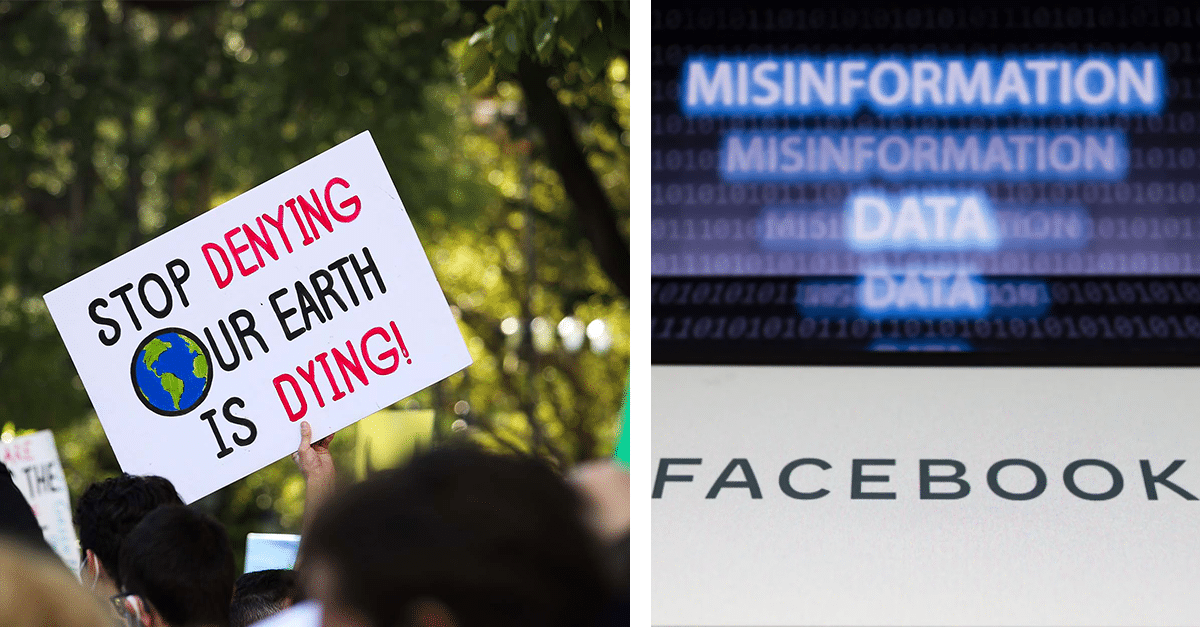 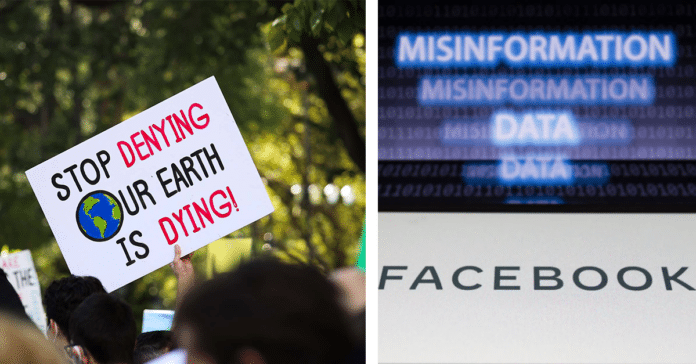 An investigation by international human rights NGO Global Witness has found that Facebook users that show an interest in climate scepticism are being driven towards more, and often increasingly extreme, climate disinformation content by Facebook’s algorithms.

Global Witness’ report said that while more than 99.9% of scientists agree about the impact of human activity on climate change, a level of certainty similar to that of the theory of evolution, this is not the reality that is reflected on Facebook.

This report comes in the light of the results of a Misco survey, which show that 72% of the Maltese get their news fix online and that 85% access Facebook at least once a day. It is clear that in line with the trend in many other countries, a big chunk of the Maltese population get their news through social media. 35% of the respondents to the Misco survey said that they use newspaper apps.

Global Witness simulated the user experience of an individual liking pages such as Net Zero Watch, an organisation countering climate policies. It was immediately found that after liking this page, the user was recommended Climate Depot, a US based outlet run by Marc Morano and part of CFACT, a group that calls human-induced climate change “a myth”.

In an overwhelming majority of cases, a similar pattern continued throughout the simulation leading the user to see content that pictures climate change as a hoax, describes the UN as an “authoritarian regime” that has less credibility than “Bugs Bunny” and accuses the “green movement” of “enslaving humanity”. Worryingly, often as the simulation went deeper, Facebook began to recommend other conspiracies, such as chem trails which claim that condensation left by planes contains chemical agents that control the weather.

Mai Rosner, Digital Threats to Democracy Campaigner at Global Witness, said: “Facebook has repeatedly said it wants to combat climate disinformation on its platform, but our investigation shows how worryingly easy it is for its users to be led down a dangerous path that flies in the face of both science and reality. Facebook is not just a neutral online space where climate disinformation exists; it is quite literally putting such views in front of users eyes.

“The destruction of our planet is not up for debate but the amplification of climate disinformation risks getting us stuck in inaction and division, that delays the urgent policies we need to combat the climate crisis. People whose homes have been destroyed by wildfires and floods need no reminding of just how real the climate crisis is.

“The climate crisis is increasingly becoming the new culture war, with many of the same individuals who for years have sought to stoke division and polarise opinion now viewing climate as the latest front in their efforts. Big tech giants have a responsibility not to propagate climate disinformation by doing so they are contributing to a more dangerous and polarised world.”

The findings come despite Facebook promising to crack down on climate disinformation on their platform, having set up a “climate science centre” designed to “connect people with science-based information on climate change”.

Users should be directed to the centre via flags on climate related content, yet of the content that Global Witness analysed from recommended pages, around only one in five climate disinformation posts possessed such a flag.

Responding to the investigation, Facebook said that “for several months after we announced the initial experiment of informational labels in the UK, we did not completely roll out our labeling programme.”

Following these findings, Global Witness is calling on governments to legislate against the power of Big Tech to shape our realities in dangerous and divisive ways that threaten to derail progress toward tackling the greatest challenge our planet collectively faces.

The NGO said the European Union must ensure that once implemented, the Digital Services Act requires platform audits and risk assessments that are comprehensive and routinely include climate disinformation. Governments elsewhere – notably the US – must follow the EU’s lead and legislate to regulate Big Tech companies.

At the same time, all social media platforms such as Facebook, should produce transparent plans to show they are taking climate disinformation seriously, as well as monitor and report on the spread of such views on their platforms.

Meta responded that they take their “responsibility seriously” and that their “systems are designed to reduce misinformation, including false and misleading climate content, not to amplify it.” They also acknowledged that reducing misinformation required ongoing investment.