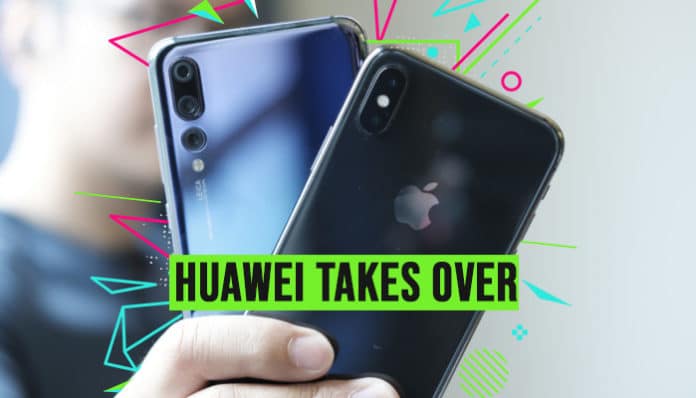 The competition within the smartphone industry is tough, undoubtedly. With new companies constantly emerging and the big players throwing out new flagship phones every month, the competition is stiff.

Recently, Apple got knocked off the second position in the worldwide smartphone market share according to data from IDC. This marks the first quarter since 2010 where Apple has not been the number one or two smartphone company in terms of market share.

Huawei delivered shipments of 54.2 million units to take over Apple’s second position with a record high of 15.8%. Huawei has been running the China market for the last few years, securing 27% of the market in the second quarter of 2018.

“It is worth noting that Apple moved into the top position each of the last two holiday quarters following its product refresh, so it’s likely we’ll see continued movement among the top ranked companies in 2018 and beyond.”

Huawei is now only trailing behind Samsung in sales, and the research firm said that this is thanks to the company’s consistent investment in R&D and manufacturing, as well as aggressive and creative marketing. 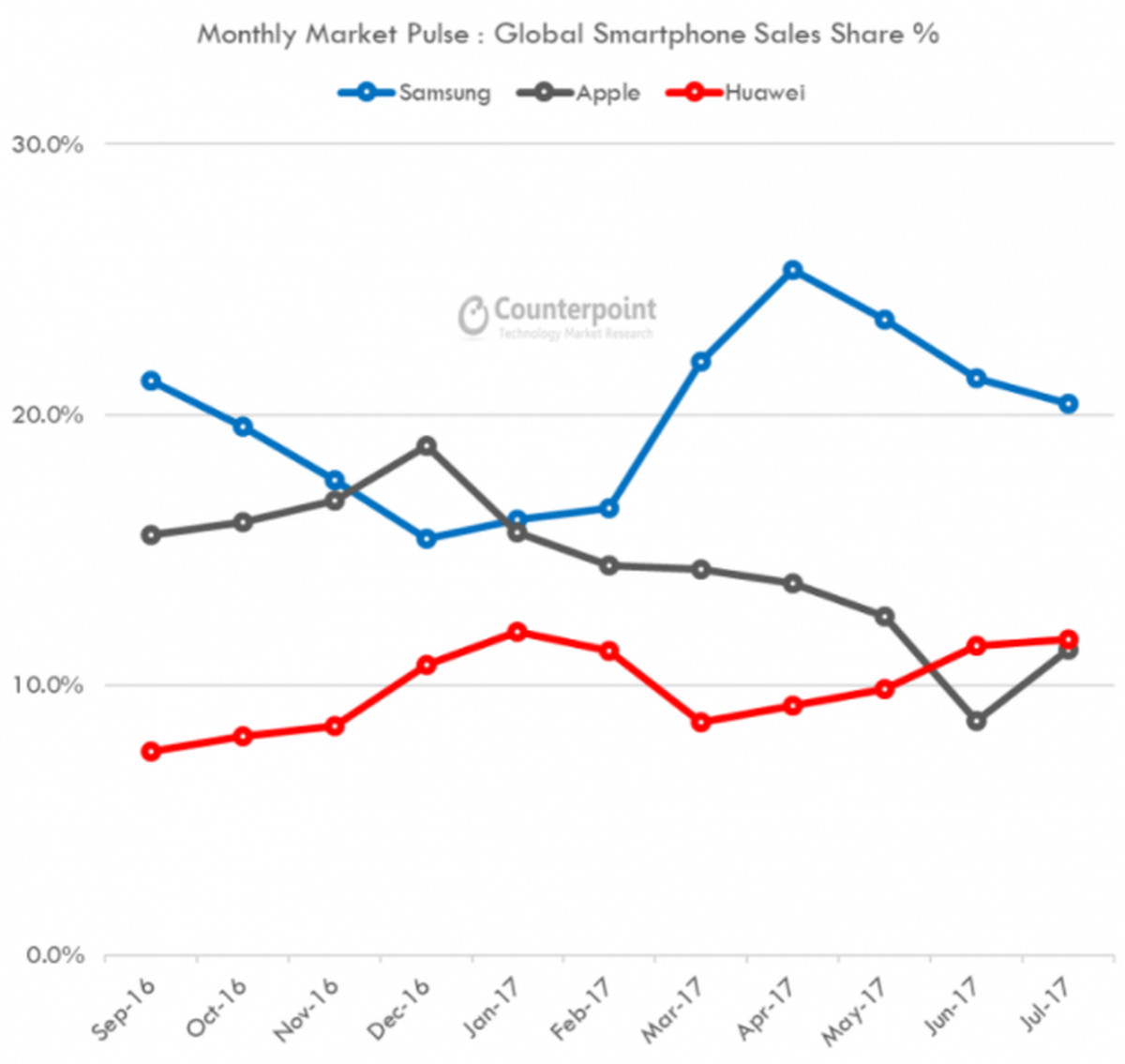 Huawei’s success is thanks to designs with large displays and super advanced camera functions as we have seen with the P20 Pro. Apple doesn’t have too much to worry about, as the iPhone 7 and 7+ remain the world’s best selling smartphones.

“While Huawei climbed to be the world’s second largest brand overall, it is surprising to see none of its models breaking into the top rankings,” said Counterpoint Research senior analyst, Pavel Naiya in a statement.

Even though it might seem like Apple lost this time around, I expect them to regain their position with the release of the next generation of iPhones. With all this being said, we need to keep in mind that Huawei has phones that appeal to different demographics of people, not just two buyer personas (iPhone and iPhone + models).

Do you think Apple will be knocked off the podium and drop to 4th place? Tell us what you think in the comments below.