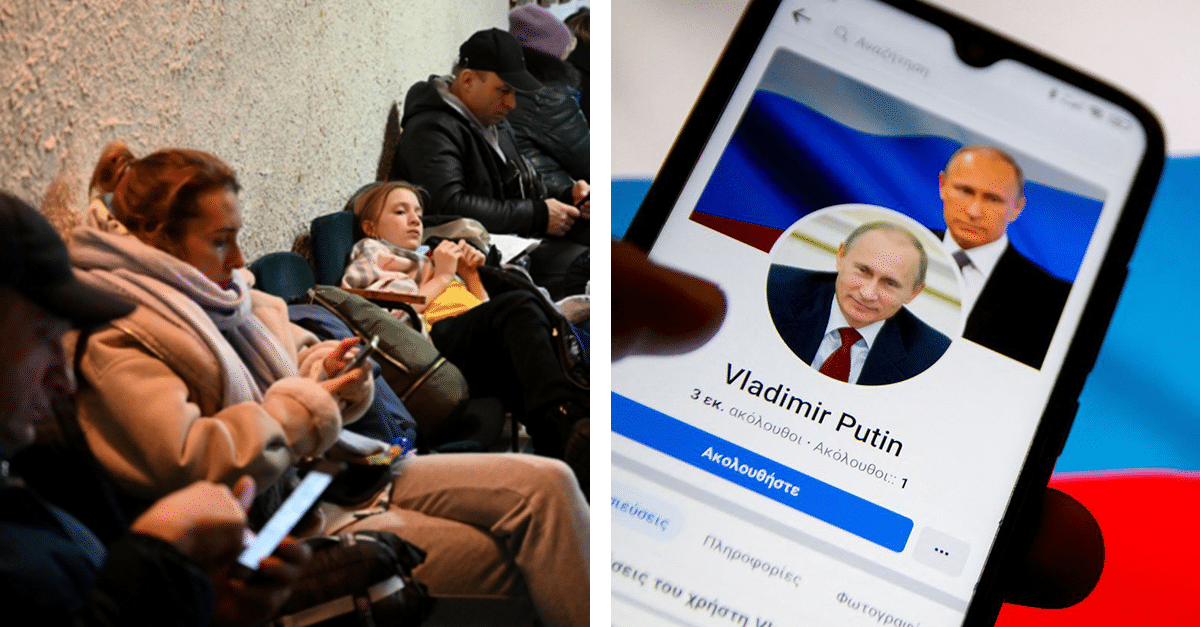 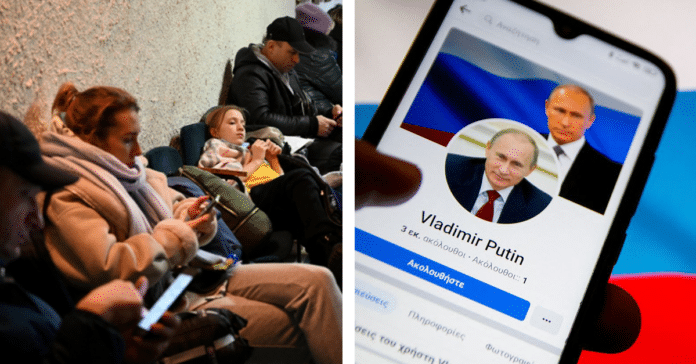 The way media is consumed is in a perpetual state of evolution; from learning the news the next day via newspaper to on the hour updates on television, we now get everything in real-time through the internet and social media. Of course, the latter provides the opportunity for people to upload footage, images and live updates of situations as they develop. This was in evidence during the Arab Spring as well as the Syrian civil war, with people taking to Facebook and Twitter mostly to show what was happening, however, the Russia-Ukraine conflict has taken things to the next level, with TikTok also being a main source of information, making this the First Social Media war.

We consume through our phones

The reliance that we have nowadays on our smartphones for pretty much anything means that we also rely on them and the apps held within for either entertainment or learning new information. If you happen to be out and about and feel the need to check the news, you don’t walk to the nearest café or newsagent; you check your phone. And the way social media algorithms work, you don’t even need to look for news; rest assured that it will come to you whether you want it or not.

It’s long been established, for example, that Facebook’s algorithm works best when there’s conflict; whatever boosts engagement and likes, right? TikTok’s algorithm is a tad different, so much so that you could be seeing funny cat videos one moment, and your next scroll will display Russian rockets being fired at civilian buildings in Ukraine. What’s more interesting though is the people actually living the war and how they’re interacting with social media, particularly TikTok.

Social media posts are rarely designed to last these days, a complete opposite to traditional journalist-shot photos which are meant to shock and cause a lasting impression. For the new media, it’s all about going viral and reaching as many people as possible in as short a time as possible. That’s not to say that it’s any less impactful; instead of one image being limited to print media that’s going down in popularity, one video can reach millions upon millions of people quickly, probably having an equal effect.

This effect is not lost on those in power, or at least, those fighting for it. Ukraine President Volodymyr Zelensky has called upon “scientists, doctors, bloggers, standup comedians” and Russian TikTok users in equal measure to do whatever they can to help stop the war. The power platforms like TikTok carry lies in the fact that the people who spend hours on them “speak a similar language”, so to say. What that means is that there’s a certain sense of familiarity, even intimacy if you will, that resonates in ways that we’re still trying to understand.

Social media is fighting its own war too

It’s also worth noting that when scrolling through social media, we have a tendency to apply a form of “reality TV” lens to what we’re seeing, that what’s happening is slightly detached from what’s real and is there as media entertainment to be consumed before moving on. What’s actually real, however, is that these are real people living in real danger every single day. From moonwalking Ukrainian soldiers to a woman giving birth in a metro station while seeking shelter from the Russian assault, social media “transports” you to that place, maybe serving a reminder that it could have just as easily been you holding that phone, filming.

That’s before we even get into the murky waters of misinformation and the digital warfare underway simultaneously. We go through media so quickly, jumping from one video, story or image to the next that we’re less likely than ever to question the source. It’s been evident on both sides of the battle; video clips of the “Ghost of Kyiv” shooting down Russian jets were shown to be from the video game D.C.S World, although that revelation barely did anything to slow down the slew of other incorrectly labelled videos from being shared around the globe.

The guilty parties, in this case, are so-called “war-pages”, which leverage crisis situations to gain followers. In the Russa-Ukraine conflict, Instagram pages that were highly recommended to follow were @livefromukraine and @POVwarfare and were alleged to be run by Ukrainian journalists but were then revealed to actually be managed by a 21-year old man from Kentucky, America. Not so boots-on-the-ground journalism is it?

The man defended his position, despite a number of videos and posts he had uploaded exposed as fake, claiming that he simply uploads videos and it’s then up to whoever’s watching to decide what’s real or what’s not. “No one even knows what’s going on,” he says. “They believe anything that’s put in front of them. I’m putting up what I believe is accurate, and they can draw an opinion based on that.” One of those cases of “on the internet, no one knows you’re a horse”, which for the uninitiated, translates to “don’t trust everything you see”.

The tactic used is to set the Instagram page to private, with users having to request to join, in their hope of getting quick access to developing situations. The account handler then holds off from accepting too many requests at once and once the conflict subsides, these pages normally turn into meme pages or something of that ilk. It’s a way of profiting off of the sensationalism that comes with crises such as this, all for someone to gain a large number of followers at once.

Having said that, social media is certainly the best way of catching up with breaking news, in spite of the downsides of misinformation and fake accounts. It’s still key in evoking a variety of emotions; amusement to dancing soldiers, that are trying to keep morale up; desperation for people sheltering from Russian shelling; anger at the lack of progress towards a peaceful solution.

So, question everything you see, because social media is an imperfect storyteller, but it’s also the fastest and in some cases, the most reliable in showing real-time developments.