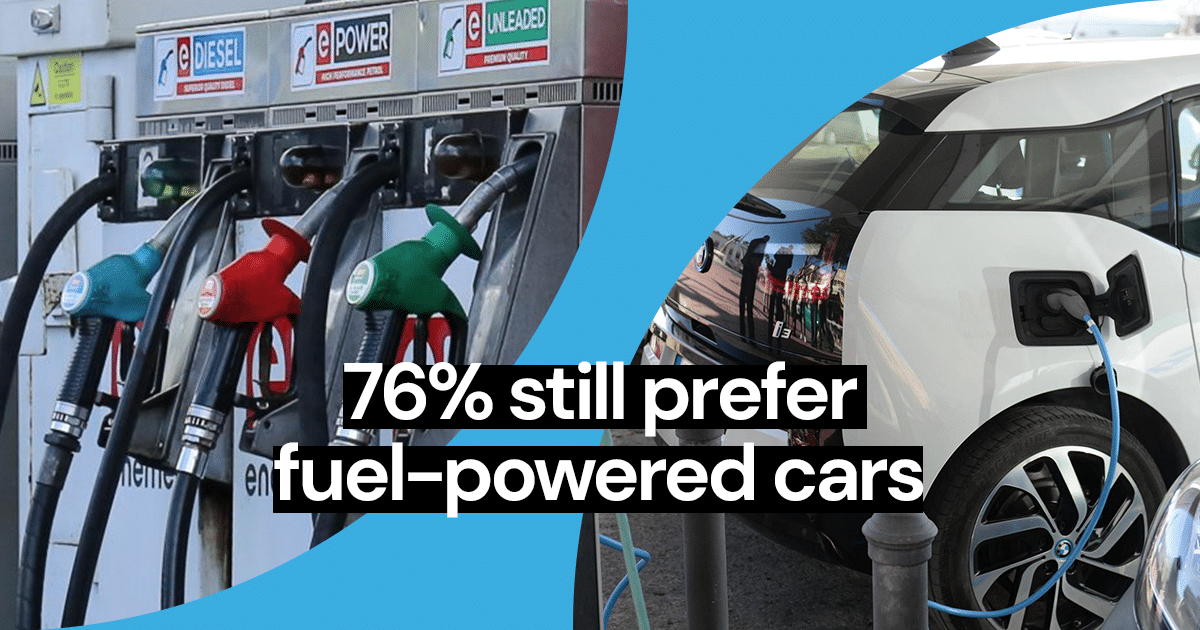 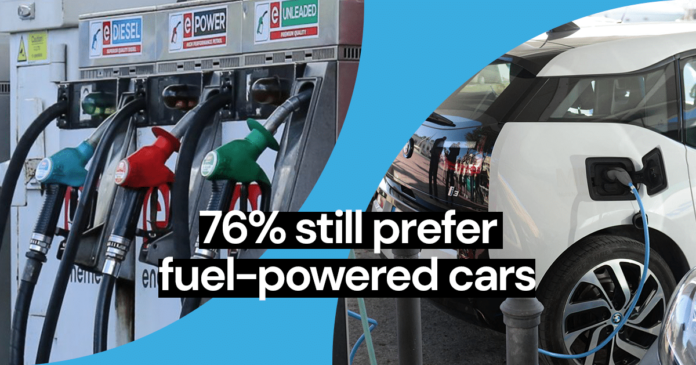 Malta’s dependency on private vehicle use shows few signs of abating, and even plans for a metro system have seemingly not tickled the fancy of many. As moves towards more eco-friendly and more sustainable transport methods increase, Gadgets posed the question to its followers about their thoughts on buying electric vehicles (EV) for private use.

The answer was pretty dominant, with 76% still favouring fuel-powered vehicles. Out of the 508 people who participated in the poll, 387 chose fuel-powered vehicles, while only 118 said they would next purchase an electric option. While not a damning statistic in itself, it does give a hint about how the majority of Maltese drivers look at EVs for the time being, despite the incentives the government has been providing to make it easier to own an EV.

Dig deeper into the numbers from recent surveys and you will see that EV numbers are on the increase, even if not at the rate one would have hoped. Having said that, there are various reasons why people would not opt for an electric vehicle at this point in time.

Infrastructure on its way

One issue that continues to plague current EV owners and prospective ones is the lack of infrastructure to support a real push toward more sustainable road vehicles. The glaring lack of charging stations is a major friction point stopping people from buying such vehicles, although there are promises that this will be addressed over the coming years.

Miriam Dalli, Malta’s Minister for Energy, Enterprise and Sustainable Development, announced on Friday 29th October that the government would be investing €3 million on a project that will see the installation of 130 new electric car charging pillars across the country in the short term. Together with the modernisation of existing charging pillars, this means that the country will have over 360 charging points by the end of 2021.

In December 2020, EVs accounted for just 1.5% of vehicles on Malta’s roads. By the end of the first quarter of 2021, the number was 1.7%, although hybrid vehicles had been a lot more popular. With the recent raft of incentives, however, it looks like electric vehicle ownership is likely to continue increasing, faster once more charging stations are added.

That being said, many people stated that high vehicle cost price, high maintenance costs and what happens to the battery once no longer functional all contribute towards people not purchasing electric vehicles. One solution suggested in the comments section was to have a small petrol car which wastes far less fuel, paired with an e-scooter or e-bike on the side.

Should Malta be aiming higher in terms of sustainable transport?