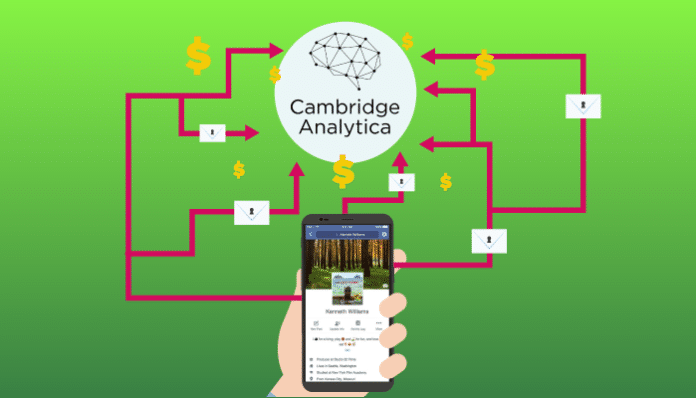 Facebook has been on the bad publicity train for a few weeks now, with only minor signs of slowing down. Mark Zuckerberg has even started what is being called the apology tour by many tech enthusiasts to make up for selling data of 50 million users to a data mining company called Cambridge Analytica. Recently, even Steve Wozniak, Apple co-founder decided to join the #DeleteFacebook movement, stating that he would rather pay for the service so he will not be the product.

How do I know if Cambridge Analytica used my data?

This process is very simple, and this simple minute long process will give you the answer and hopefully calm your anxiety:

If you get this screen after following step two, your information has been compromised and you have formed part of the data mining scandal featuring Facebook and Cambridge Analytica. 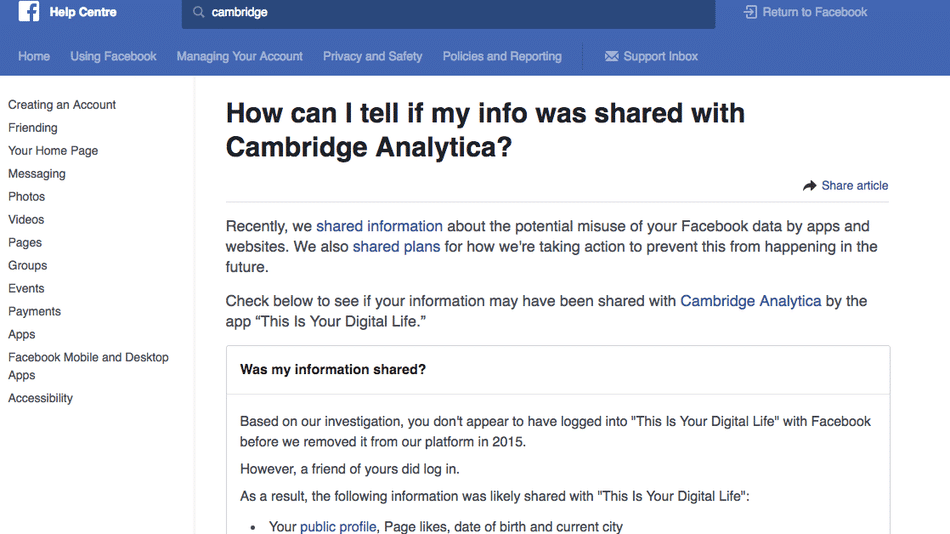 Although if you get this screen, you are good to go. Facebook hasn’t sold your data (yet). 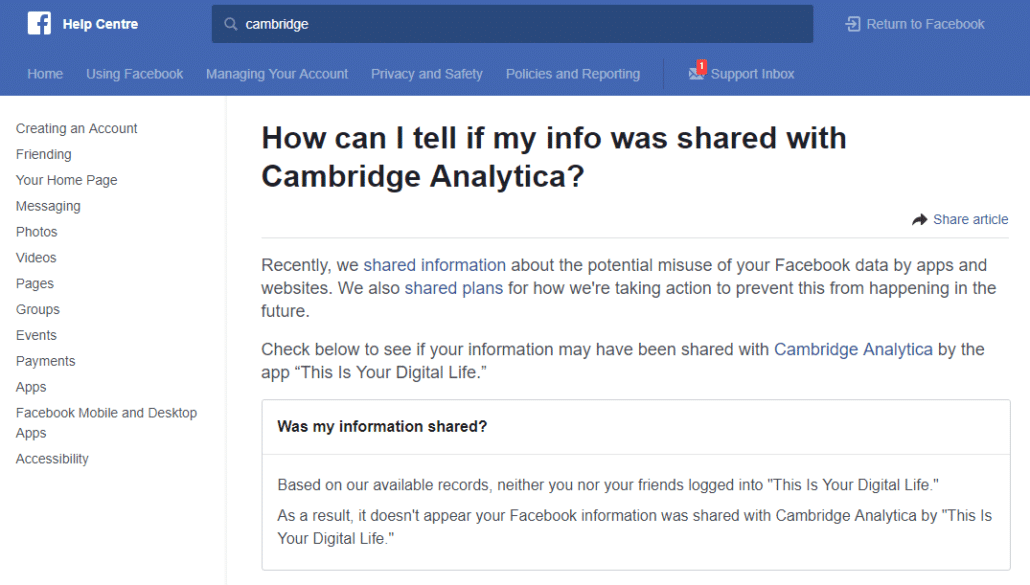 Has Facebook gone too far this time? Tell us what you think in the comments below