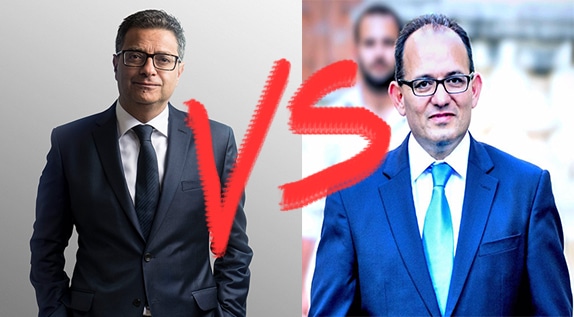 As the Nationalist election for leader gets closer and the speculation arises; everyone is itching to find out who will be the new P.N. Leader.

The two candidates go head to head: Chris Said & Adrian Delia.
So we thought we would have our take on the subject by making them go head to head on social media.

We gathered screenshots on Thursday 7th September where Chris Said with a total of 14,991 likes was in the lead by 389 likes over Adrian Delia who had 14,602. Although as of today Monday 11th September, Said is still in the lead by 40 likes. 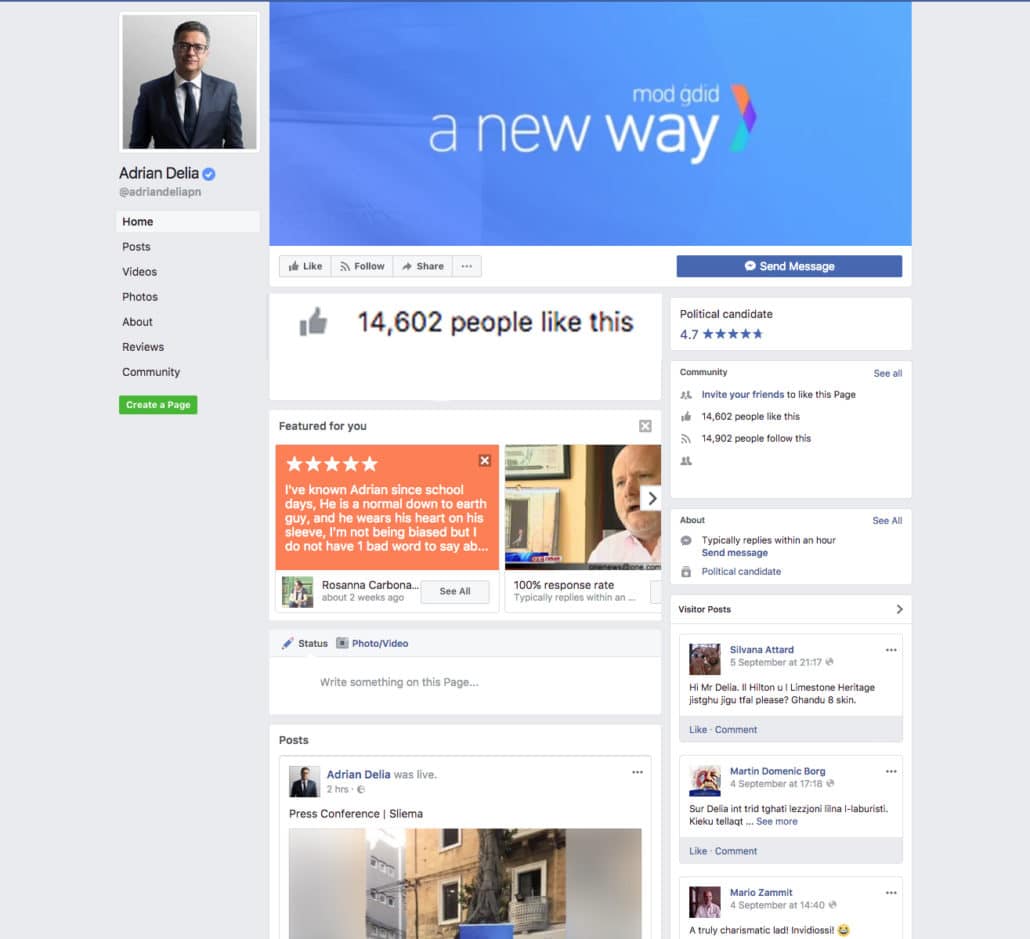 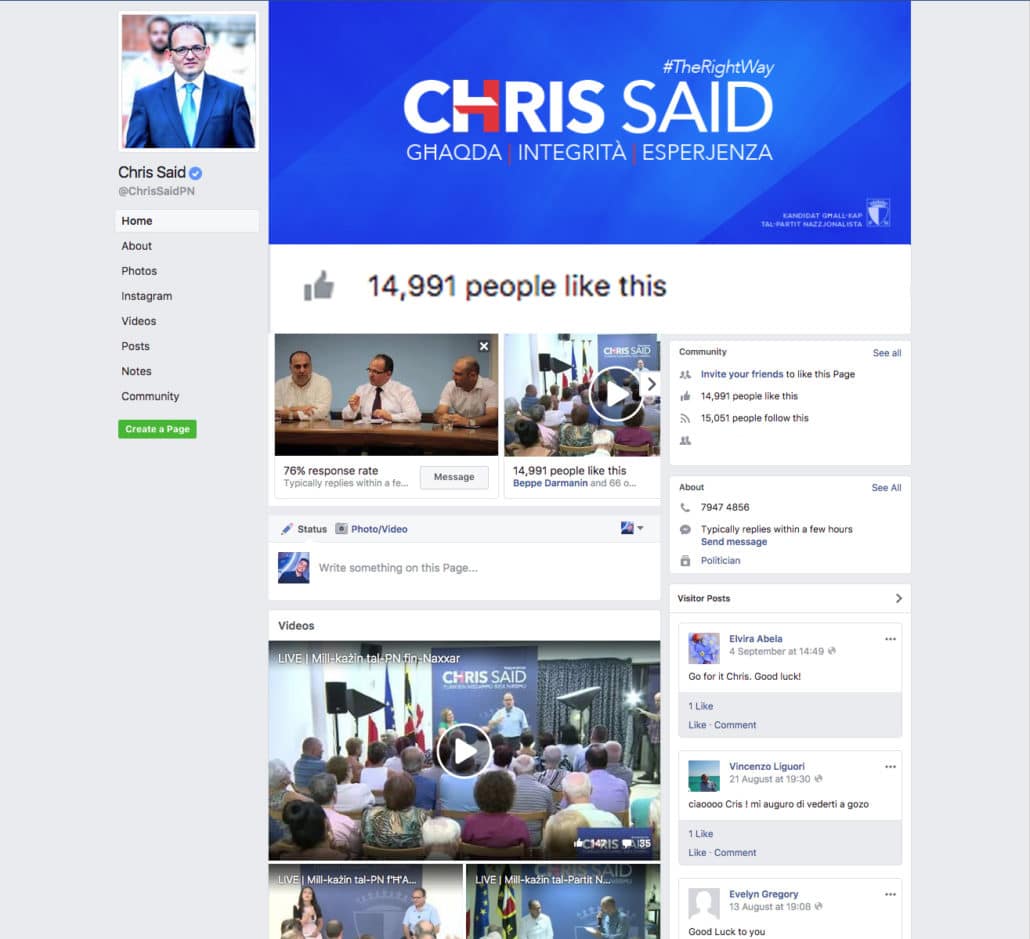 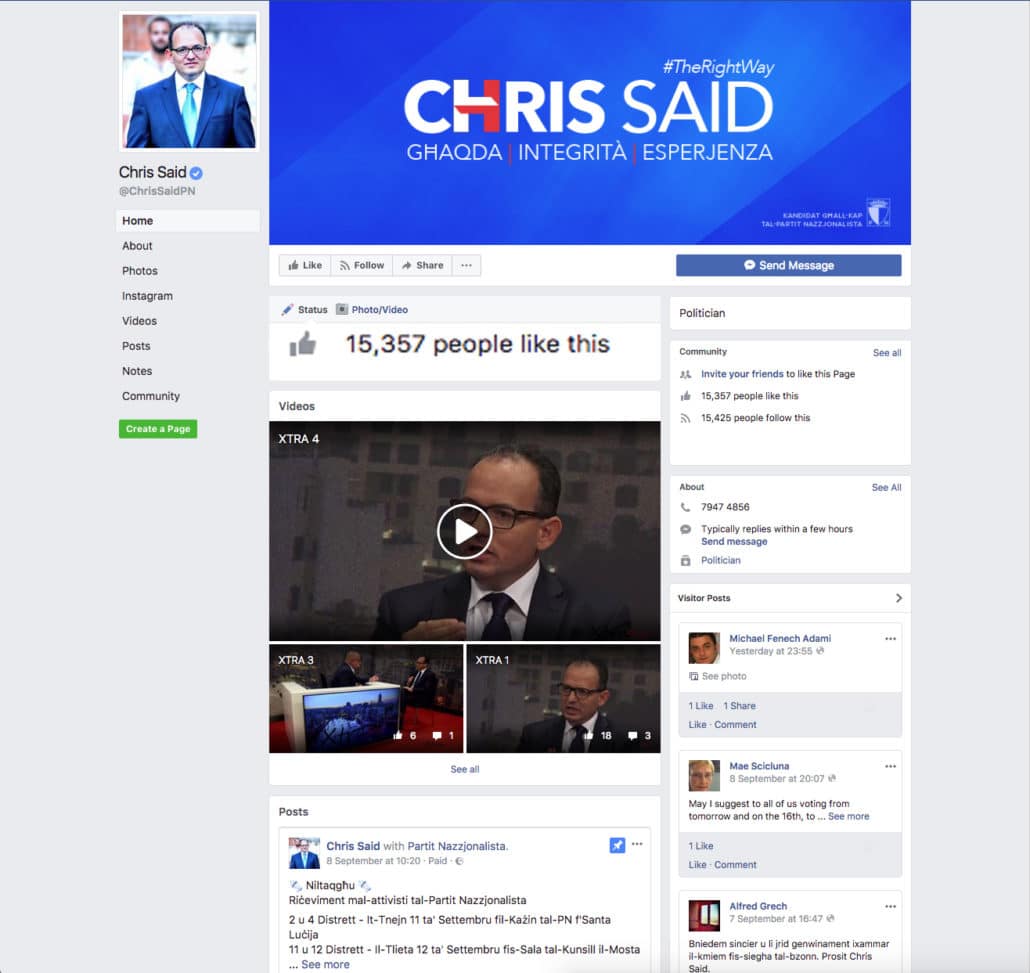 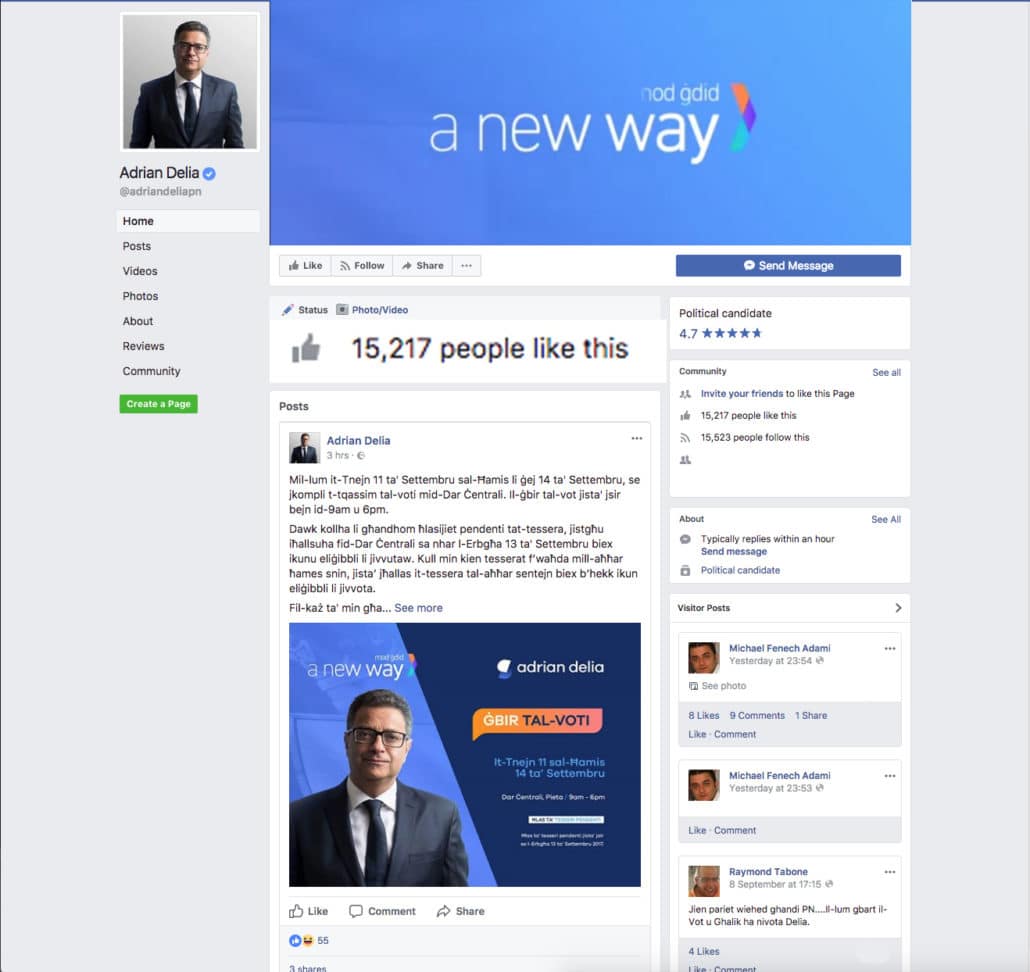 Even though Twitter isn’t the most popular social media website in Malta, the candidates still believe it is important to have a strong campaign on all media. Once again, Said leads the Twitter game ahead of Delia with 533 followers; 92 more than Delia. 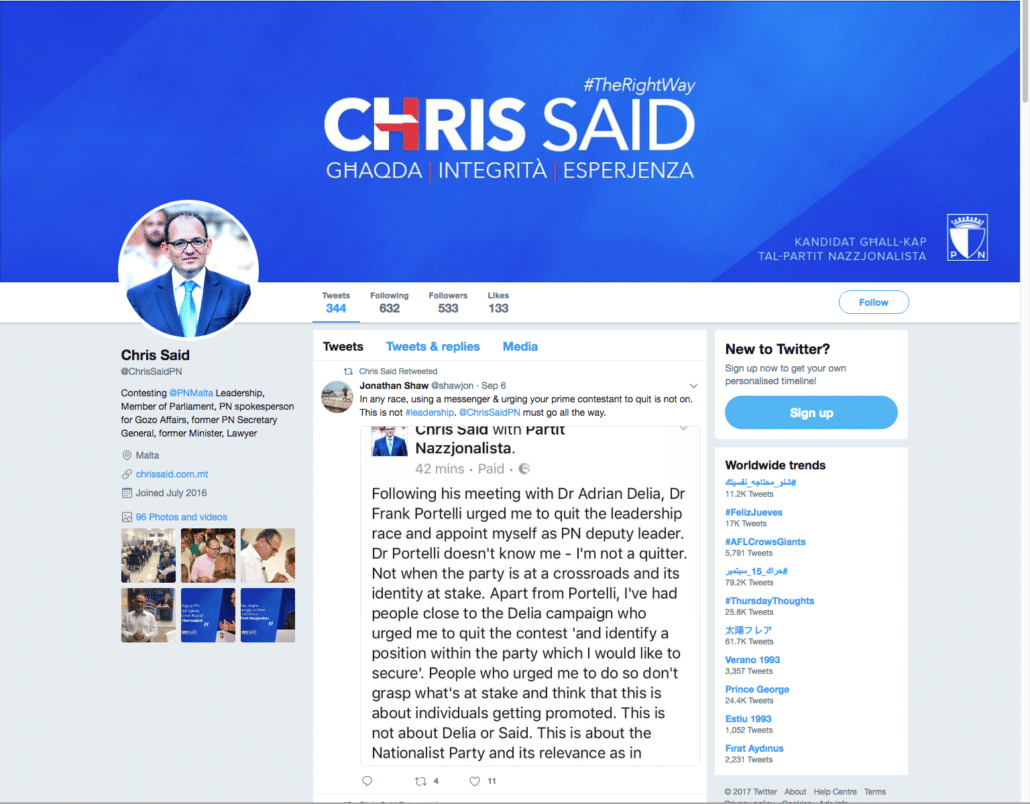 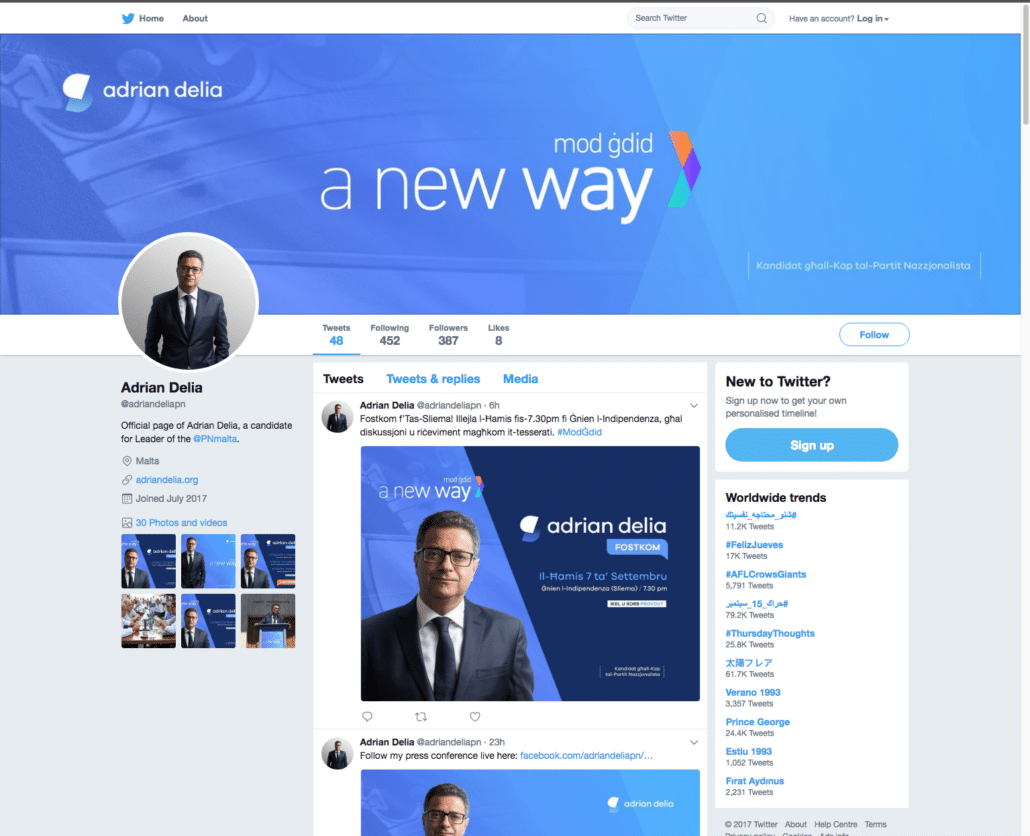 Chris Said leads again on Instagram with 404 followers over Delia’s 387. Both candidates having a relatively small amount of followers. But then again, Who wants to hear about politics on Instagram too?! 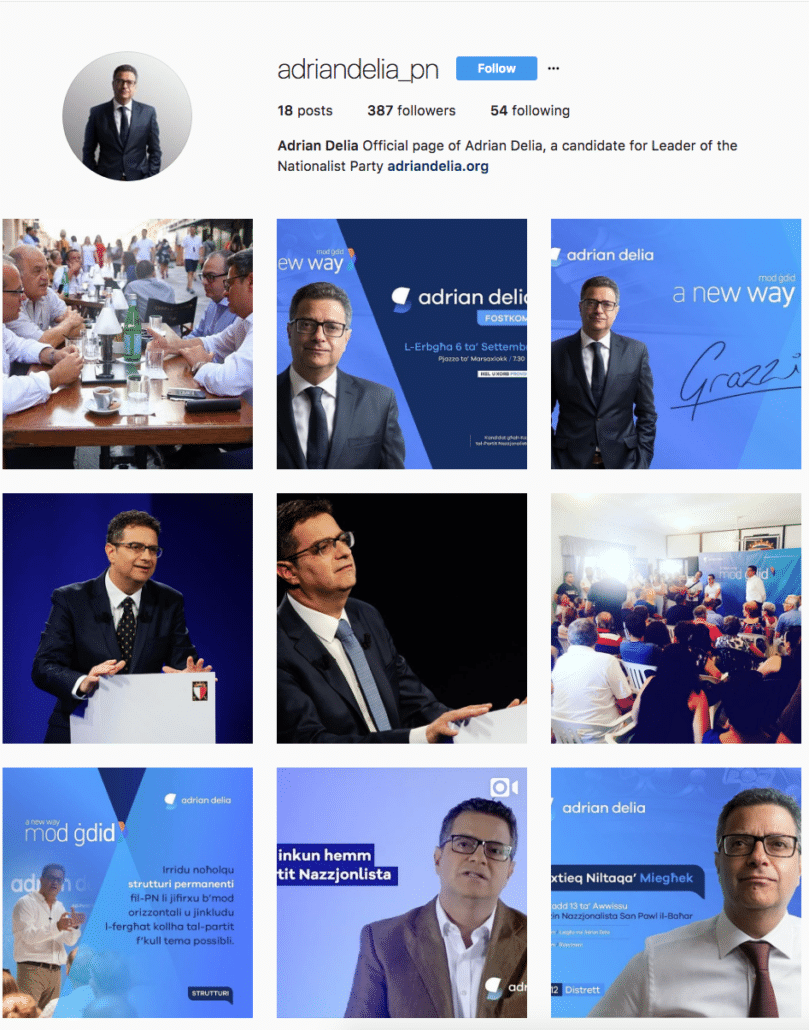 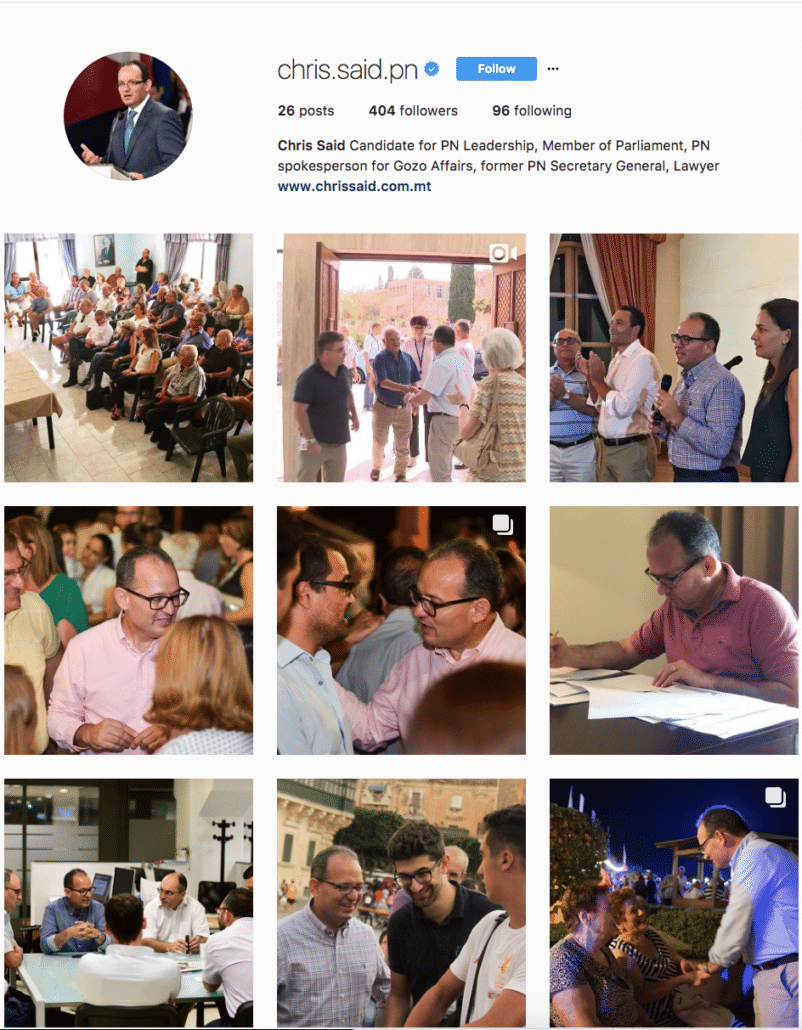 Who will get swiped right the most? Would you rather go for the fuller head of hair or the man in the many pink shirts? 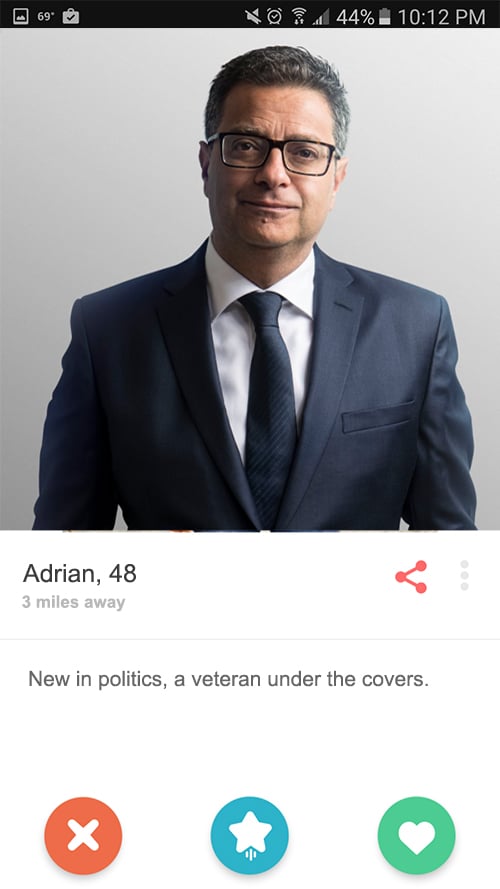 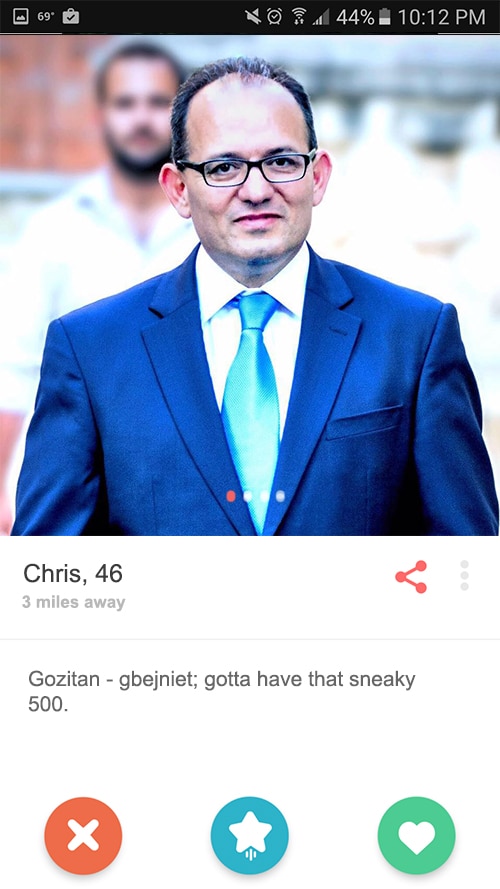 The Tinder profiles are completely fictional and are only made for humorous purposes.