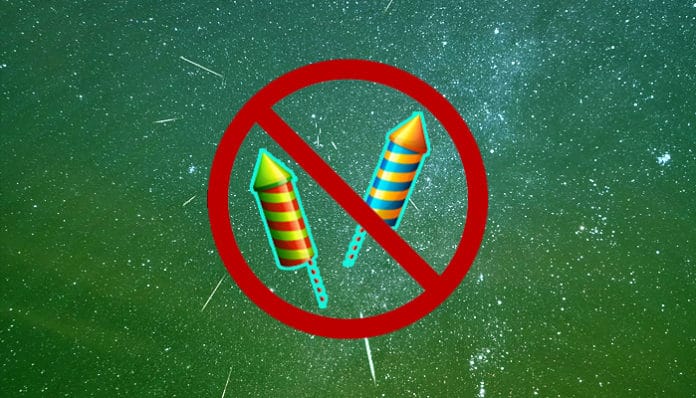 Fireworks just might be the world’s prettiest pollutant. Lighting up the dark skies with beautiful trails of light and fire can be very aesthetically pleasing. However, what we often do not keep in mind (especially in Malta) is the harm we are doing to the atmosphere, people around us and property.

Fireworks are a very big problem with regards to air pollution (if people still care about that in Malta anymore), it fills the location with airborne particles that harm everything in its path. In Spain, metal particle pollution from the world famous Girona’s Sant Joan fireworks fiesta can linger in the city for days.

A startup in Japan is looking to put an end to all this beautiful madness. The Tokyo-based startup is using micro-satellites to carry up to 400 pellets that look like shooting stars. These pellets ignite upon entering Earth’s atmosphere and the glow is bright enough to be seen from the ground.

“Natural shooting stars occur when dust particles of several millimetres in size enter the Earth’s atmosphere and burn due to plasma emission,” the company explains.

ALE, the Japanese company behind the artificial meteor showers is implementing a process that allows the particles to travel approximately one-third of the way around the Earth and burn upon entering the atmosphere.

The first satellite is set to debut in March of next year and will enter space using a rocket from the Japanese space agency. The satellites that are expected to go up first will have enough pellet power for 20 to 30 events and each star is expected to last a few seconds before burning up, setting it apart from traditional meteor showers by burning slightly longer.

But is it better for the environment?

Two things worry me about this. Firstly is the rocket that is used to take it up will obviously cause pollution, so we can’t say that this is a perfectly clean alternative. And Finally, there are a lot of satellites and junk in the atmosphere. Adding more and more to this is definitely not a great prospect. At the end of the day, no system will be perfect. With this method at least, we can cut out some of the air, and all of the noise pollution that is normally part and parcel of the Festa.

Do you think it is time to drop the tradition of fireworks? Tell us in the comments below.