Here is how much it’s going to cost you (all prices include parts + labor):

From the 9 companies we contacted we have concluded that is going to cost you an average of €41 and you might be lucky enough to get 3 months of warranty on the battery! 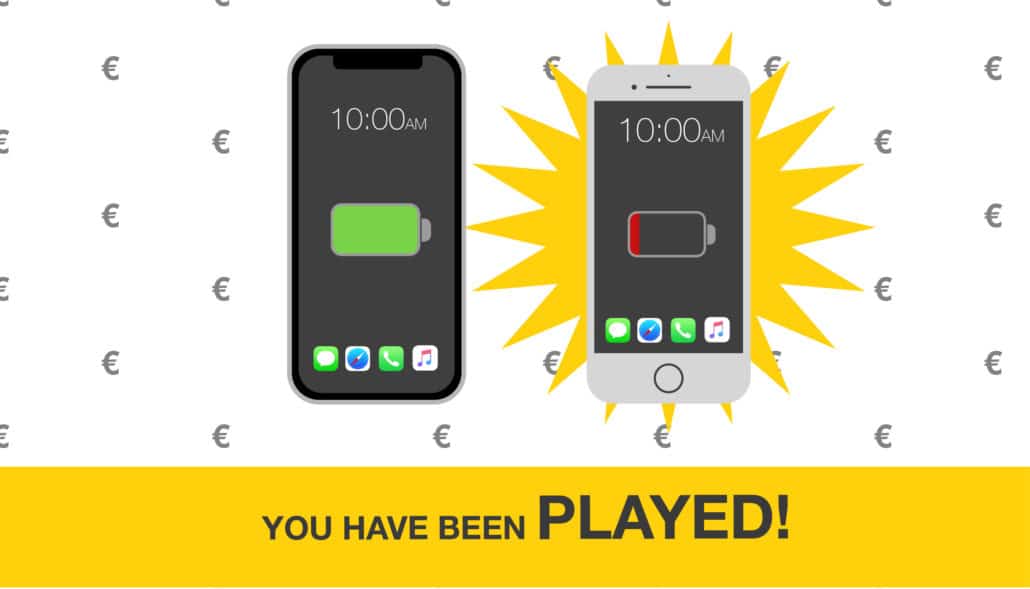 This isn’t quite like the no-questions asked mentality Apple is taking but local re sellers will be doing diagnostics on your device before accepting it in to bring your phone back to life!

For quite a long time, there has been ongoing speculation that every time Apple launch a new iPhone; they slow the previous version down. The slowing down of the iPhone is said to be implemented through an iOS update.

This year, on Reddit there was someone who claimed his phone performance was slowing down and diminishing. So he decided to take the issue into his own hands and go out on a limb and change the battery of his device, himself.

It turns out that after the battery was changed it went back to normal instantly! This proved that Apple was in fact slowing down older devices, but WHY?

Ageing lithium batteries delivered power unevenly, which could cause iPhones to shut down unexpectedly – endangering the delicate circuits inside.

We KNOW that this isn’t fair and is quite a big issue; so we took it into our hands to help you out with regards to how much it will cost you to change the battery on your iPhone 6.

**Phone calls requesting quotes were made on 4th January 2018**