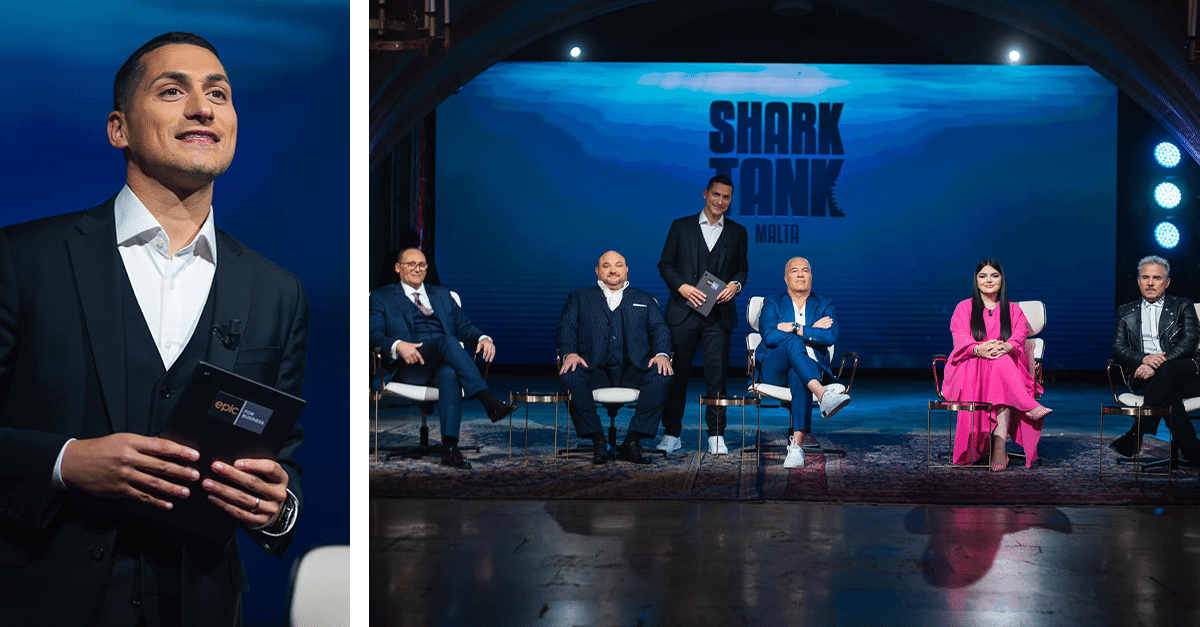 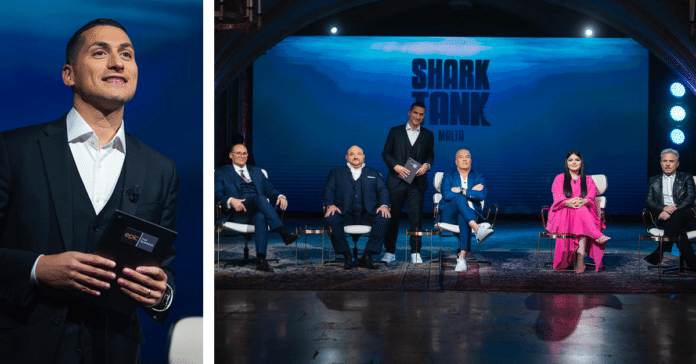 The long wait and anticipation for Shark Tank Malta is finally over as the show goes on air on Sunday 10 April 2022 at 8.50pm on the national TV station, TVM.

Adapted for Maltese television, the multi-Emmy Award-winning entrepreneurial-themed reality show has been brought to Malta for the first time, with the popular personality Keith Demicoli as the host… plus the five sharks!

Who are the sharks?

The show’s sharks are five successful business people who will receive pitches from aspiring entrepreneurs, or current entrepreneurs looking for investment for a new idea.

Michael Bonello is the CEO of real estate agency Alliance Group. He has vast experience in real estate and expansion strategy and he leads an organisation with more than 160 property advisers across Malta and Gozo.

Christabelle Camilleri is the CEO of development and construction consortium V&C Group, as well as co-founder of Health & Co. Malta and Founder of Lil’Ville Childcare. Before her rise in the world of business, she was a singer and had represented Malta at the Eurovision Song Contest.

Mark Bajada runs Bajada New Energy, a leading supplier of photovoltaic and solar systems and equipment. The company was set up more than 30 years ago and it has been a key player in Malta’s renewable energy sector.

Alexander Fenech is the CEO of the fast-growing and well-established local pharmacy chain Brown’s. He brings his expertise in the pharma industry, and also in the field of research and development.

Mark Weingard is a British entrepreneur and philanthropist who founded the Iniala Beach House luxury hotel in Thailand and more recently, the Iniala Harbour House overlooking Malta’s Grand Harbour. He had set up the Annika Linden Foundation, which provides aid to children of bombing victims, and a percentage of the profits made by his hotels are given to the foundation.

Filming of the Shark Tank Malta episodes took place over the last few weeks and as things started getting exciting, the team started giving titbits of revelations of the pledges made by the sharks. As filming reached the halfway mark at the beginning of March 2022, the sharks had already pledged €1 million on some of the business ideas that were being pitched.

Some time before that, there was one particular project that was described as “irresistible” and all five sharks invested €100,000 into the product. And another business idea got a €200,000 pledge from one single investor.

Excited to see what Shark Tank Malta is all about?