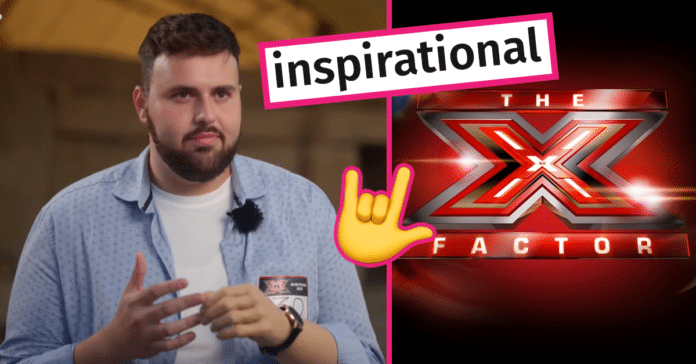 Ryan Hili made fireworks yesterday during the opening show of X Factor Malta Season 3. Not only was his performance good in his first public singing experience, but the experience he recounted during his pre-audition interview spoke a great deal about courage and integrity.

Ryan was born without his left hand, and he recounted how he has long been self-conscious about his appearance, despite having a bionic arm.

“I wasn’t confident enough with my appearance; I always felt it was a personal limitation and I was afraid of people’s reactions. My dad’s passing some years ago was a page-turner and I realised how life can end just like that. That’s when I started focusing my attention more on singing and finally made myself participate in X Factor.”

In fact, Ryan was hesitant to participate in the last season of X Factor two years ago, but he plucked up enough courage to participate this time round. His story inspires people from all groups and ages that no matter what fears and insecurities you might have, they should never pose a limitation on your dreams and aspirations.

The science behind it

Bionic arms are a made using cutting edge technology, with sensors to generate electric signals from muscles into movement. The sensors are linked with the patient’s strongest muscle signals in order to create a system of intuitive artificial limbs that connect with the body.

Thank you, Ryan for sharing your inspirational story.