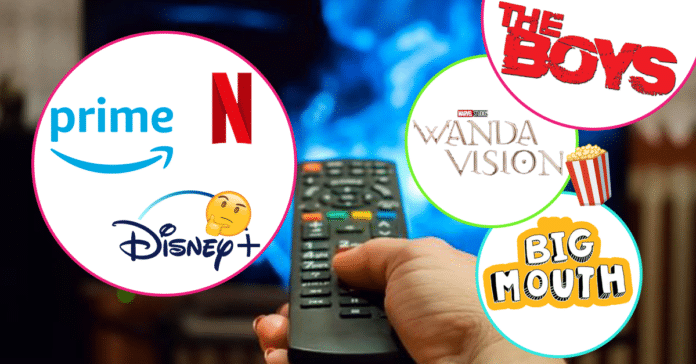 With the recent spate of bad weather, we’re inevitably thinking about winter. Sure, it’s only September right now, and the sun will be back (it’s Malta, of course the sunshine will return), but with cosy nights in on the horizon, what shows are there to look forward to when the days shorten? Some of us don’t need much convincing to opt for a night in, and here are some shows to come that will only add fuel to that fire…

A lot of Netflix productions were dealt heavy blows by the pandemic, with many facing uncertain release dates. What we definitely will be seeing is Season 4 of Big Mouth, the adult animated series that tackles puberty in the most unconventional of ways. Though a precise release date is yet to feature, expect the fantastical creatures and cast to return sometime this autumn, possibly the beginning of October.

Another Netflix original to look out for is The Haunting of Bly Manor. For those horror fans, it’s a follow-up to Haunting of Hill House and is based on the 1898 horror novella “Turning of the Screw” by Henry James. Look out for it on October 9th.

Supes for dinner on Amazon Prime

If you think superhero movies are overrated, then check out The Boys on Amazon Prime. In The Boys universe, superheroes (known as “supes”) are managed by Vought, a large corporation, and have carefully curated public images that belie their true explicit, often violent, nature. Led by a Superman-like character named Homelander, these supes are being hunted by The Boys, a gang of regular people seeking revenge for various reasons. Season 2 follows up the events and fall-outs of season 1, with a new supe who has no respect for rules or the order of things. What could possibly go right?

Also keep an eye out for Utopia, which is based on a cancelled British drama with the same name. In the series’ universe, Utopia is a comic book that has been rather prophetic, and a group of fans discover that the conspiracy within the pages is scarily real. Cue the need to save themselves and the planet, and it’s done with a stellar cast and composer Jeff Russo setting the score.

Let’s start by expressing our wish for Disney+ to become available in Malta this winter. It was expected to do so with the Western European launch, but it appears we’ll have to wait for the Eastern European one to join The Mouse’s network.

For this writer at least, it’s the service to have this winter. There’s season 2 of The Mandalorian airing in October, WandaVision from the MCU in December and The Falcon & The Winter Soldier to follow up the events of Avengers: Endgame either in late 2020 or early 2021.

And what series are you excited for this winter 2020? Let us know in the comments below and where to follow!