Why You Should Use WhatsApp’s Disappearing Messages Feature 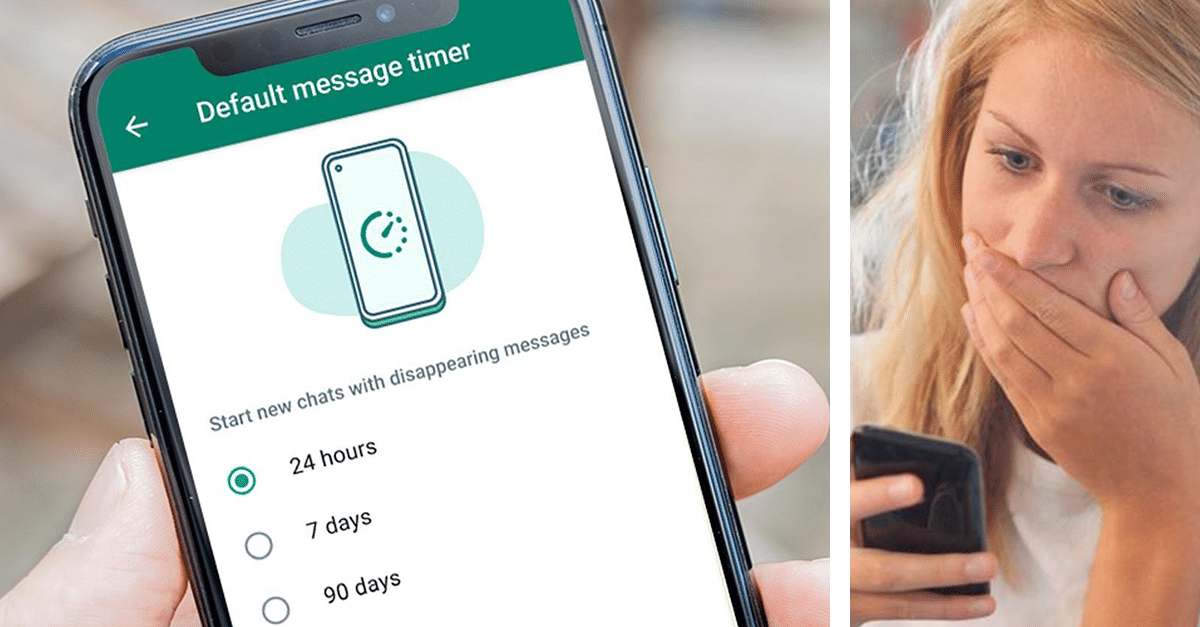 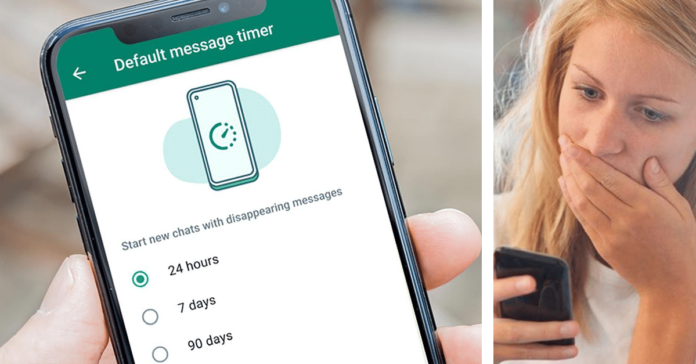 WhatsApp has added a new layer to its disappearing message feature, giving users a choice of time frames to automatically delete messages. The option can be toggled on and off for selected new one-on-one chats, or even for all of them if the user so wishes. You might be wondering what use a feature such as this has, given you can manually delete messages if you’d like, so here’s why you might want to apply it to certain chat logs.

It saves on phone space

To begin with, disappearing messages are nothing new as such; messaging app Signal has had the feature since 2016, while WhatsApp had the feature added in November last year. What has changed now is that in 2020 you could set the deletion time frame as one week. Now, you’ll be able to delete them within 24 hours or 90 days.

The most basic reason for wanting to get rid of messages is reducing phone clutter. Do you really need that message from 3 months ago that you forgot about three minutes after it was sent to you? Messaging apps take up a substantial amount of data on your phone, so setting automatic message deletion helps save on that space without you having to go through each chat individually.

It’s worth noting that the feature cannot be applied retrospectively, meaning you can’t apply it to your existing chats, but to your new ones. You should also be able to set it for group chats, but it could be that the group admins set the feature’s settings to allow only admins to turn the feature on and off.

It’s more to do with security though

While having more phone space is always welcome, the biggest reason for this move has been more a security-related one. Data privacy is pretty much a digital currency for certain companies, not least WhatsApp’s parent company Meta, so deleting certain info is in your own self-interest. Less data available to them means a tad more control for you.

WhatsApp is end-to-end encrypted, which means that messages you send to another contact via the app cannot be intercepted. However, if your device or your contact’s device is already compromised, then there’s a risk that it might be used with bad intentions. Disappearing messages add a layer of security and assurance that the data is safe because it no longer exists. This security feature reaches beyond device hacking too.

If the phone user is a victim of domestic abuse, they can send a message that will be deleted soon after, potentially avoiding any unwanted intrusions by the aggressor. Security experts have suggested that you use the feature predominantly with people you trust won’t have ulterior motives for sharing such messages with unwanted parties.

There are other ways of saving data

Of course, even if you apply this message deletion feature, if you or your counterpart take a screenshot of the chat in question, or download an image within the chat, then WhatsApp won’t be able to delete them. This also applies to backed up chats. Also, if you or your contact replied to a disappearing message, then the quoted text might still show up, and this applies to forwarded messages too.

Want to know more about this feature? Check out WhatsApp’s info section or just get in touch with us and we’ll answer any question you have!