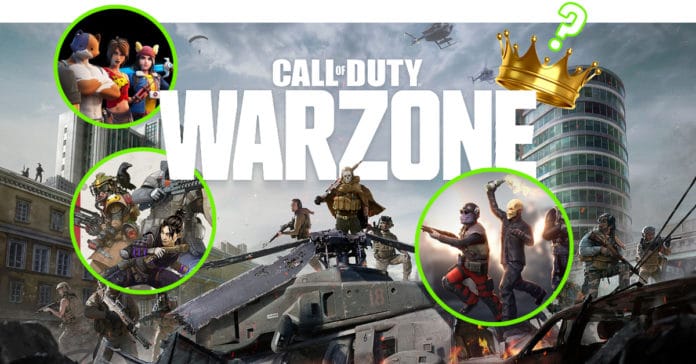 Battle Royale has become a staple of video-games as much as the conventional deathmatch, evolving into a ubiquitous expansion on all multiplayer versions of online games. Popular Twitch and YouTube streamers have propelled this genre of game into the limelight, and it is experiencing its greatest ever period of popularity. Gadgets looks back at its evolution, and what the key ingredients for a great battle royale game are.

It all started with the highly controversial 2000 Japanese movie, aptly titled Battle Royale. In this film, high school students are forced by the tyrannical government to fight to the death, with the sole survivor being the winner. This basic idea would prove to be the basis for the movie The Hunger Games twelve years later, which popularized the idea of Battle Royale in the West and introduced the concept to younger audiences. Modding communities in gaming were quick to implement this idea into one of the most commercially successful games in history, Minecraft, which quickly led gaming developers to realise that there was a massive demand and following for Battle Royale games.

ARMA 2 modder Brendon Greene went on to create PlayerUnknown’s Battlegrounds, (PUBG) the climactic final product behind all the previous games he worked on, including H1Z1: King of the Kill. Selling more than 20 million copies in 2017, it had more than 1.3 million players on online servers, a record at the time. Everything was on track for it to become the largest Battle Royale game in history, until it’s right to that claim was challenged by the industry game-changer, Fortnite.

Fortnite: Battle Royale built on the success behind PUBG, however departed from realism in favour of a more cartoony and family friendly style of game. The most fundamental difference was that the game was completely free to play and all you needed was an internet connection, allowing for wider availability to all audiences. This led to its emergence as a significantly impactful cultural phenomenon, with dances and emotes featured on popular online media, and performed by celebrities and sports stars.

It wasn’t long before mega series Call of Duty hopped onto the Battle Royale bandwagon with Blackout in Black Ops 4, their first iteration of the game type. This was fundamental for the developers to learn from, resulting in the increasingly popular Call of Duty: Warzone, a free to play battle royale game in the familiar style of Call Of Duty, which appears to be at the forefront of battle royale games.

Aside from obvious aspects like rewarding gameplay and character customization, there are few key ingredients to a successful battle royale game:

The idea of ‘last man standing’ is amplified with a dynamic open world, complete with deserted urban areas, rural land, swamps, mountains, hills and the like. This allows players to immerse themselves into a map, and choose in which areas they want to drop and start their game. Areas with high traffic usually offer better loot, at the cost of high risk.

The crux of the game is that the last person standing wins. While the game can be played in squads or duos, solo play truly reveals the survival aspect of these games. While teammates can help with supplies and revivals, in solos the player is completely self-reliant and cannot depend on teammates. The tension making it to the last handful of players is almost overwhelming, and nailing this feeling of desperation to get better weapons to achieve a win is a crucial facet of the game.

Assault rifles, machine guns, sniper rifles and rocket launchers, all these types of weapons add diversity to a gamers style of play. There is no ‘right’ way to play, except for the one that wins each game. Being able to add attachments to those weapons multiples that diversity exponentially, whether going for a stealthy, silenced weapon, or a loud, high powered rifle, giving the players freedom to dictate how they play is vital.

Dropping in on the map empty-handed forces players to search around for loot, which needs to be well and equally distributed all over the map. Being able to pick up an enemy’s loot after eliminating them can increase a players ammo and armor, and improve their weapons.

Removing a barrier to entry for any video-game results in an inevitable increase in downloads and audience size. Developers who listen to community feedback and make players feel like they are genuinely listened to leads to the creation of not only a great game, but a loyal fanbase.What’s next for the genre?

Fortnite introduced building structures, Apex: Legends introduced custom loadouts and Warzone introduced the Gulag, a second-chance to re-enter the game after being killed. Being the most popular genre in video-gaming right now means that developers are constantly striving to introduce innovative aspects to catch the next audience of gamers. Whether or not a new kid on the block can dethrone the overwhelming success of industry juggernauts remains to be seen, and whether those industry leaders can retain their place depends on their dedication to serving the gaming community.