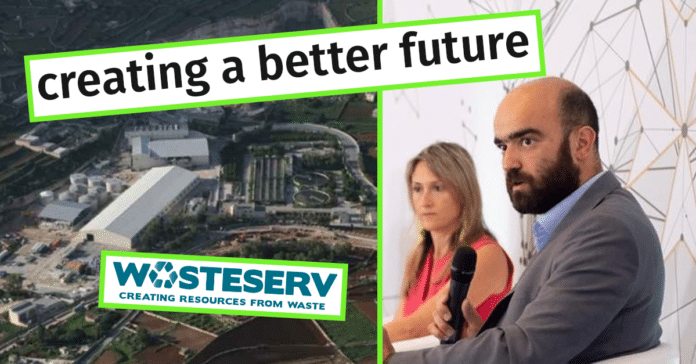 The best form of cure is prevention. That’s age-old wisdom passed down for aeons, and it’s what we should be using as a mantra when it comes to waste management. In an event discussing Malta’s economic vision over the next ten years, WasteServ CEO Richard Bilocca had his say.

When asked by the host about what WasteServ and Malta will look like in 2031, and everything goes to plan, Bilocca was confident in his reply. “I think WasteServ will look like an engineering marvel”, he revealed. “We’ll have four or five state of the art plants in the same complex, all of them producing resources”.

He also stated that by then, Malta won’t be as reliant on landfilling, which currently consists of 93% of our waste removal system. “That’s like swearing in a church”, Bilocca continued. However, the vision that’s being executed will ensure that this does not continue.

In targeting to get that down to 10%, Bilocca also emphasised that these are not simply empty promises; there’s already a commitment to fulfilling this vision. Three of the above-mentioned facilities will be producing electricity, agricultural-grade compost on an industrial level and will consist of one of the best recycling source segregation material facilities.

While most of the talk was focused on the future, Bilocca’s looking beyond that. “Our mission is to give our children a better future and environment than the one our fathers gave us”, he said. It was here he delved into another concept that WasteServ is working on together with the ministry.

“In a few weeks we’ll be opening a nature park of over 100,000 square metres, that in the past was a landfill.” Having grown up in the area, Bilocca recalled his mother closing the window whenever a fire was lit in there. Explaining the changes being made there, he emphasised that it’s not just about doing better for the future, but also correcting the mistakes of the past.

Are these targets attainable for Malta?