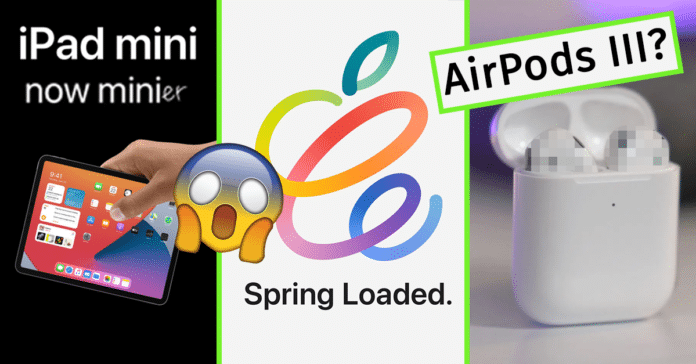 As expected, Apple ain’t giving much away in terms of what’s planned for their event. For better or worse, intentional or not, leaks are pretty constant, so we can well guess what’s coming.

It would appear to be that Siri leaked the deets about the event. When asked “When is the next Apple event?,” Siri answered: “The special event is on Tuesday, April 20, at Apple Park in Cupertino, CA. You can get all the details on Apple.com.” This all happened before Apple actually sent out the invites, and while it’s fairly amusing and no damage was done, what else might Siri spill in the future?

But onto the good stuff now! We’re pretty confident that we’ll get at least two new iPad Pro models. Rumours suggest they’ll measure 11 inches and 12.9 inches, and will be fitted with Apple’s much-vaunted M1 chip. Rumours that are less abound, but still kind of persistent, are about a refreshed iPad Mini.

The next rumours to address are about the AirPods. Years have passed since the 2nd generation launched, so it’s probably about time AirPods The Third drop. Could we also finally see the highly anticipated AirTags? The Bluetooth trackers have been hinted at for a very long time and with Item Safety Alerts in the iOS 14.5 beta and an updated “Finy My” app that’s compatible with third-party products, it might finally be the time.