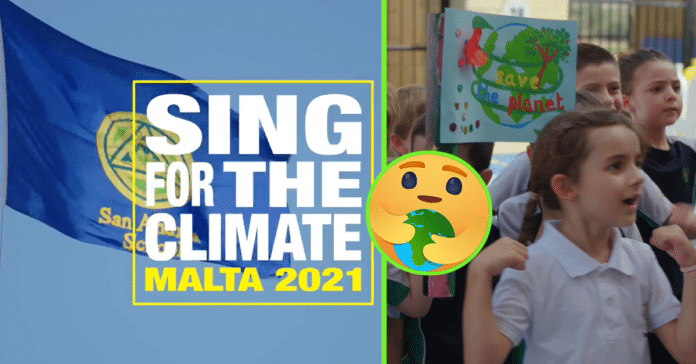 We recently spoke about Malta’s upcoming space project, where we’d also mentioned that there will be elements of somehow getting kids involved in the project. Well, it’s happening, with San Andrea School putting together a music video that will be beamed down from space on August 18th!

“Sing for The Climate”

The song, titled “Sing for The Climate”, is sung to the tune of “Bella, Ciao”, is a Maltese version of when 380,000 Belgians descended into the streets, singing their demand for strong climate legislation. A video clip uniting all the voices was used to convince European leaders to sign on to UN agreements.

The local version will be on board the Biocube (ICE Cube by Space Applications Services NV/SA) and SpaceOMIX mission. As project leader Joseph Borg stated, “We only have one Earth, one world (at least until Elon Musks’ promised martian land) – so we best get our act together and do our part.”

San Andrea School brought together students and teachers to create their version of the song, giving all involved a chance to be part of history…and possibly help spread the message of changing the planet for the better!