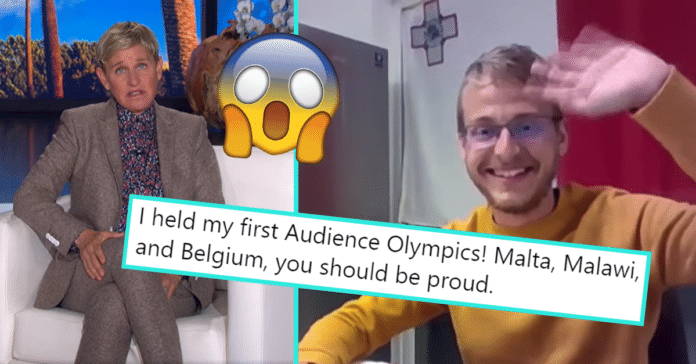 It’s not often that Malta reaches the bright lights of Hollywood, but last night, Maltese teacher Ryan Calleja made it…virtually! In a guest appearance, he was part of the first-ever Audience Olympics, competing against participants from Belgium and Malawi.

The Flip The Bottle contest was harder than it seemed, and despite Ryan’s best efforts, he placed third. The more shocking moment was the Belgian participant’s stage fright when asked to sing the national anthem!