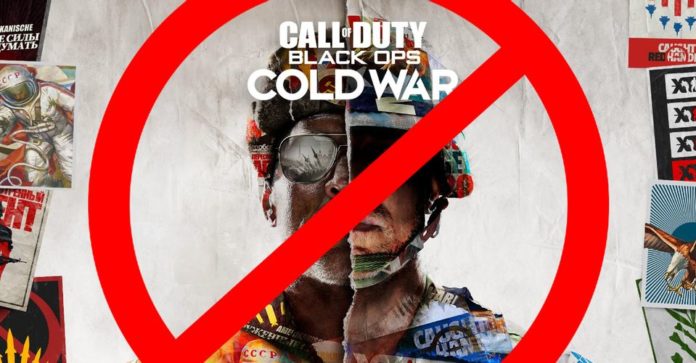 Activision has released the trailer for the new installment in its multi-billion dollar Call of Duty franchise, Black Ops: Cold War, however it has sparked controversy in China.

Reports from the South China Morning Post cite that the trailer has already been blocked in China. This comes as a result of use of footage from the 1989 Tiananmen Square protests against the Chinese government.

The trailer was very swiftly blocked and censored in China, with the government heavily opposed to the use of the footage.

The official Call of Duty YouTube channel has replaced the video with an altered trailer, omitting the use of the controversial footage. While the original trailer appears to have been removed, it has since been kept on other gaming channels such as IGN and Gamespot.

Many have criticized Activision, the publishers of Call of Duty for removing the trailer entirely, as opposed to changing it for Chinese audiences, however it appears that changing the trailer worldwide seems to be peace-making gesture with the Chinese Communist Party, with Activision eager to avoid denting its sway over the Chinese market. The decision to do so makes more sense in context, when keeping in mind that the multinational Chinese conglomerate Tencent owns a 5% stake in Activision. It clearly doesn’t make sense for Activision to anger or alienate its own shareholders.

This isn’t Activision’s first foray into controversial content sparking conflict with China, as the 2018 release of Black Ops II was banned as it featured the bombing of a Chinese city. Internet cafes all over china were ordered to stop customers from playing the game or viewing any material related to the game.

The split-second of footage containing images of the 1989 protest can be seen at 1:05 in the IGN upload. The updated trailer on the official Call of Duty website can be watched below.

Was this an overreaction by the Chinese government? Let us know your thoughts in the comments below.