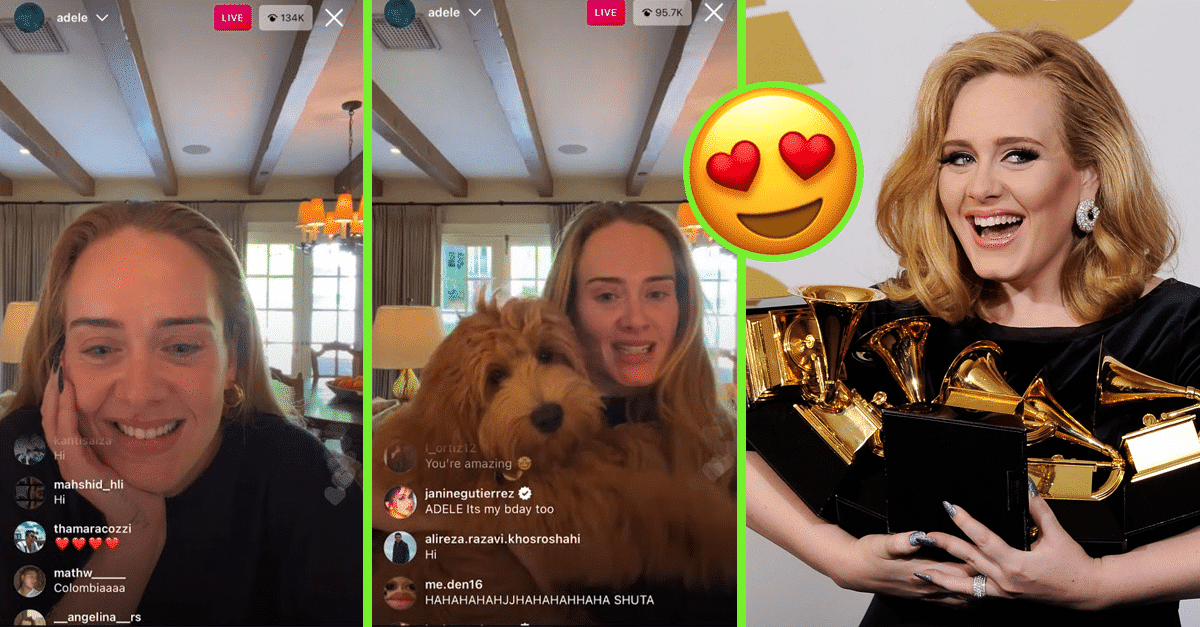 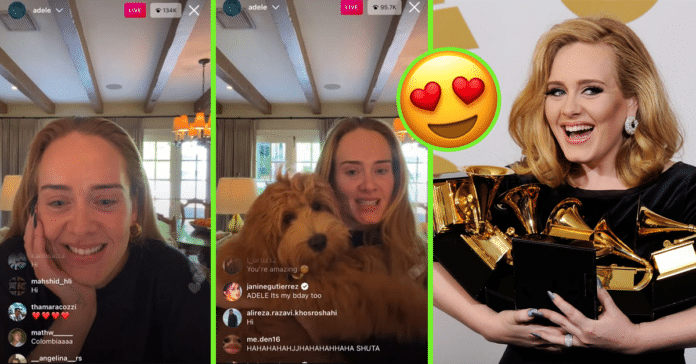 Celebrities going live on Instagram is nothing new, and unless it’s something particularly striking, it would hardly be newsworthy. When Adele does, however, it’s such a rarity that people everywhere have been darting across news portals trying to figure out exactly what she got up to!

A celebration of chaotic positive energy

The 41-minute episode carried all the hallmarks of why Adele’s live streams are comedy gold; not only is she engaging in terms of replying to questions sent by fans and other celebrities alike, her answering style is quite simply hilarious.

When asked what her favourite thing to do during lockdown was, “drink wine…obviously.” Her ‘go-to’ at brunch? “Aperol spritz babe” was the prompt reply. Though she quickly ended any hopes of collaboration with Peppa Pig with a swift “NO”, she was more forthcoming when Alicia Keys offered to be her tech support when Adele was struggling.

When Keys commented, “You need help baby?”, Adele quipped, “Well yes Alicia, I do need some help – someone’s trying to take me into a room.” However, the moment that truly sent viewers into meltdown was when she asked fans if they wanted to hear a snippet of her upcoming single, even though it might have landed her in trouble with the producers.

She’d already shared a sample a couple of days earlier, but that was just the heart-wrenching piano intro. This time, she included some of the lyrics, lyrics through which she tries to explain her divorce to her young son.

There was one other surreal moment, when one commenter asked Adele for her ‘body count’, slang for sexual partners. “What’s my body count?” she said, confused. “What does that mean?”. Whether she was covering her tracks or was truly unaware of what the term really means, it’s no one’s business either way.

Hear some of the lyrics from her soon-to-be-released track “Easy on Me” in this video below!