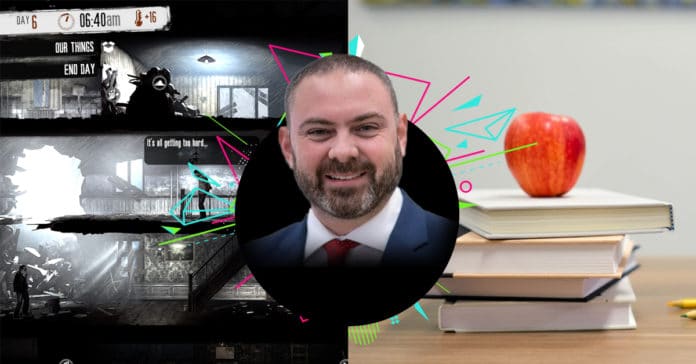 Books have been a bedrock of learning ever since the inception of teaching itself. While the content of the books chosen by schools may change, the format of teaching remains the same. Students read a book, grasp the story and understand the themes.

The last century saw massive and exponential developments in technology, and while its implementation in teaching has been varied, the Polish government is taking a bold and daring approach. Here at Gadgets, we believe the steps they have taken have been positive and exciting.

The Polish Ministry of Education recently announced that for the 2020/21 school year, a video-game called “This War of Mine” will be an official part of the school syllabus for sixth form students in Poland. In this historical video-game, students are expected to make difficult ethical choices in conflicts in the Balkans, playing as civilians searching for food and shelter in times of war. By combining fun, history and morality, the Polish government is expecting to increase student interaction in learning by introducing a medium more familiar to younger generations, and what better way to learn about history than to experience it through the eyes of someone who was there?

The benefits of playing through a historical game as opposed to reading about history from textbooks cannot be understated. Video-games have a way of teaching history that may be more memorable than other conventional methods. In this case, players remember choices they make in the games they play, and in these games, their decisions are influenced by true events reflecting the poor daily living conditions and atrocities that civilians had to endure during Balkan conflicts.

While video-games are generally considered hobbies or luxury time activities, the Polish Government believes that aspects of the medium may be fundamental to learning. Improving learning outcomes, physical dexterity, mental agility and introducing historical and ethical concepts are a few of the factors which led to the Polish Ministry of Education’s decision to include video-games as an academic subject.

Could this be possible in Malta? Gadgets contacted Minister for Education Owen Bonnici for his take on the matter.

“Being immersed in compelling storylines and narratives and receiving immediate or on-demand feedback whilst co-creating the game world, motivates our students to progress and learn,” he says, highlighting the role games can play in putting the player in another person’s shoes as one of its major advantages as a learning form. “Games not only engage students in learning, but can also inspire and initiate emotional responses and social change. The so-called social impact games allow players to take on virtual identities and societal roles which might differ substantially from one’s own life, thus fostering a better understanding of systemic issues such as poverty, mental health care and racism.”

In fact, the Ministry of Education is already involved in a number of EU-funded projects related to game-based learning, including Create Digital Games for Education and Learn to Machine Learn, in conjunction with the MITA and the University of Malta’s Institute of Digital Games.

A strategy game including the Great Siege of 1565 already exists, and could be considered as a possible new learning tool in schools. Other exciting possibilities would be a brand new game endorsed by the Government and developed locally, which would allow for more control in the content of the game itself. Naturally, the style of the game should reflect a more modern appeal to younger players, and while real-time strategy games do have some advantages, they are not the most digestible games for less experienced players.

On the nature of the game, Hon. Bonnici also stresses that there must be fundamental criteria for a game to satisfy in order to be considered as an appropriate learning tool. “Games should cater to specific age groups, and the style and type of game should be directly linked and aligned to the established learning outcomes of the subject at hand,” he explains.

The use of video-games as a tool for learning could be a very smart approach for parents concerned by the amount of time that children spend playing. By combining learning with fun, everybody is a winner. Parents can ease concerns that their children are wasting time, while the children themselves get to enjoy learning in a fun way.

Despite this, however, he remains all too aware of the practical dangers of such a novel concept. “It is no secret that while we are cautiously optimistic, there exist many real concerns regarding the adverse effects of excessive gaming. Children often spend extended amounts of time playing video games, rather than using their time more productively, and these adverse effects may cause negative impacts on the child’s physical and emotional well-being, which at the end of the day is the priority.”

Waking up to the modern world involves using modern methods to achieve desired results, and the use of video-games as a tool to teach younger generations is an exciting new concept. What do you think about video-games being part of the school syllabus?