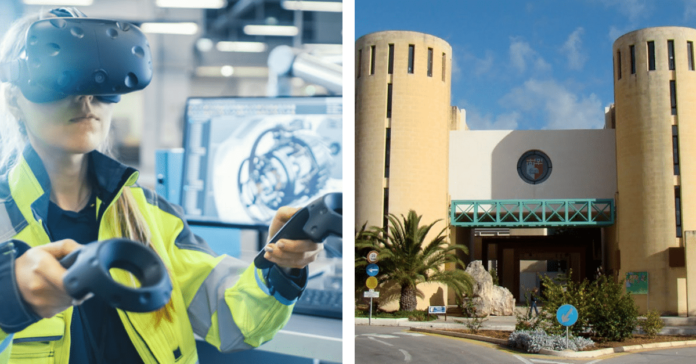 The Faculty of ICT within the University of Malta will be adding a new study unit to the Programme in the Liberal Arts and Sciences that will prepare business leaders for the next big industrial revolution: Industry 4.0. Titled ‘Strategic Industry 4.0 for Leaders‘, the study unit will commence in February 2022, but what is Industry 4.0 exactly, and how can it be of benefit to Malta?

The definition of Industry 4.0 is “the digital transformation of manufacturing/production and related industries and value creation processes“. In English, that means that this is going to be the next stage in goods manufacturing, where automated functions and interconnectivity with setting the standard. If your organisation doesn’t add such processes to its model, then there’s a good chance you’ll get left behind sooner rather than later.

This study unit, in particular, will prepare innovation leaders and students to recognize the potential of Industry 4.0 in the professional environment, enabling course participants to envision, and lead a business giant to a successful future of uniform and lasting Industry 4.0.

How it benefits Malta

Malta’s Budget speech back in October explained that the near future that would see increases in research and development as well as a push towards embracing a digital economy and using tech for business solutions. Back then we had said that the importance of this wasn’t simply for the government to provide aid for this, but rather to set the tone for Malta’s future.

Malta’s lack of qualified digital workers, especially of a local contingent was a worrying point, but it’s evident that it is now being properly addressed, especially when one takes a closer look at what Industry 4.0 will entail and how Malta would have been sorely lacking in resources to embrace the move.

One key phase of industrial change is pairing technologies like artificial intelligence and advanced robotics as well as other technologies. Some experts also suggest that the lines between the physical and digital world will become more blurred, but in a more immediate sense, traditional manufacturing practices are set for a shift to automation.

Modern smart technology, large-scale machine-to-machine communication and the Internet of Things also have key roles to play, so if the idea of upskilling is being embraced by companies today, then they’re placing themselves at the forefront of the digital revolution.

Do you think that Malta is doing enough to embrace a digital culture?