Top Gun: Maverick – Back To The Danger Zone 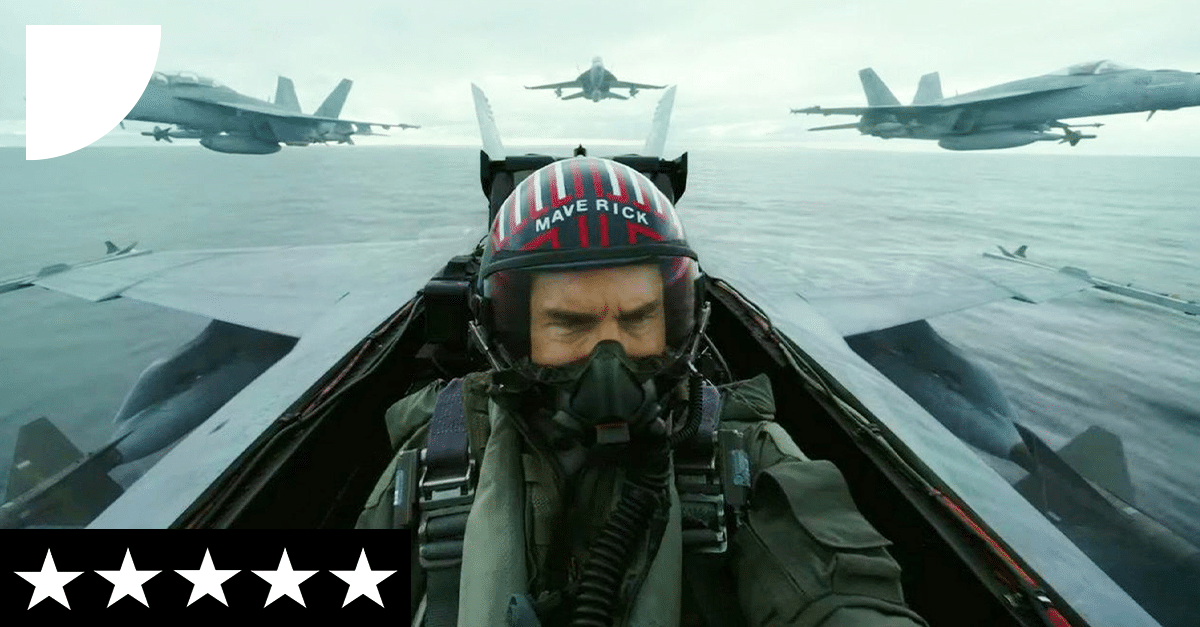 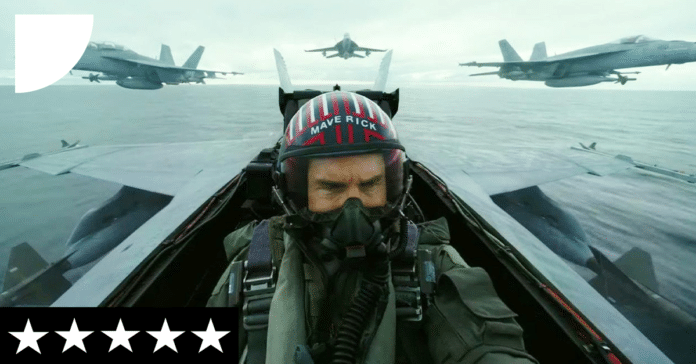 After being delayed a whopping five times, the Top Gun sequel has finally landed in cinemas. Audiences can now strap in to see if it manages to live up to 36 years of anticipation.

And boy, does it. ‘Top Gun: Maverick’ not only flies: it soars.

Tom Cruise returns as cocksure pilot Pete ‘Maverick’ Mitchell, his ego still “writing cheques his body can’t cash”. He’s older, wiser, but no less a rule-breaker. To his surprise, Mitchell is ordered to return to the TOPGUN training programme and tasked with whipping a group of young fighter pilots into shape for an almost impossible mission. “Action filmmaking doesn’t feel much more authentic than this”

This has long been a passion project for Cruise, who serves as the film’s producer. Cruise is a voracious cinephile and a firm believer in delivering authentic experiences for audiences, and action filmmaking doesn’t get much more authentic than this.

A lot has been written about how all the flying was captured for real, with actors filmed mid-air in actual fighter aircraft. Despite increasingly sophisticated CG, there’s an unrivaled thrill in seeing the genuine thing. The aerial set pieces here are pure cinema, the sort of armrest-gripping excitement you’d hope for in a summer blockbuster.

But the main reason the stunts are so thrilling comes down to the storytelling. This is a masterclass in setup and delivery. Director Joseph Kosinski and the screenwriters keep things remarkably clear-cut, patiently laying out the mission’s objective, and dangers. This pays off big time in the electrifying third act, a white-knuckle ride through a mountainous enemy territory that puts you right in the front seat of the cockpit. What’s more, you care about the characters. Tom Cruise’s Maverick is as charismatic as ever. Now, though, he’s burdened by years of regret and doubt, which gives the film a layer of profundity the fizzy original just didn’t have.

“No matter how insane the aerial acrobatics are, the focus remains laser-sharp on their complicated dynamic”

At the heart of the film is our hero’s troubled relationship with Rooster (an impeccably cast Miles Teller), the son of former wingman Goose. No matter how insane the aerial acrobatics are, the focus remains laser-sharp on their complicated dynamic. Meanwhile, Glen Powell’s a good deal of fun as the smug Hangman, echoing Val Kilmer’s antagonistic Iceman.

The inclusion of Jennifer Connolly as old flame Penny is one of the film’s few weaknesses. The romance is somewhat trite, and can’t’ help feeling like a superficial substitution for 1986’s Kelly McGillis (who perhaps looks too much like her age to match the bizarrely youthful Cruise). Nevertheless, that’s a minor bump in an otherwise exhilarating flight. This is a perfectly pitched sequel… It’s deeply respectful of Tony Scott’s forerunner, yet Kosinksi’s slick direction and the weightier story elevate this beyond expectations. As they say, better late than never.

A spectacular sequel that easily surpasses the original. This is what the big-screen experience is all about. Enjoy your five stars, Maverick. You’ve earned ’em.

‘Top Gun: Maverick’ is now playing at Eden Cinemas: get your tickets here.