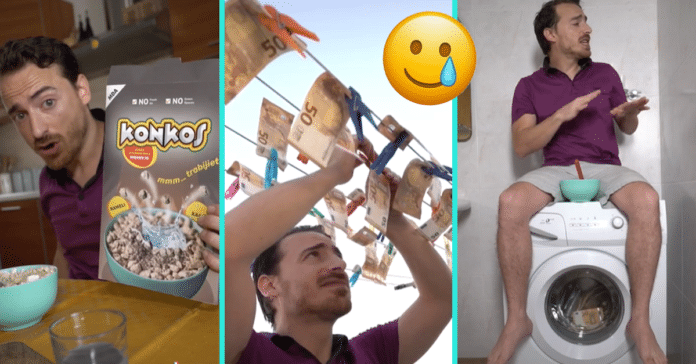 TikTok’s been widely lauded as a creative outlet for all artists, whether young, older, elder, fresh or established. Ranging from funny, to educational, political to poignant, @supersadly (real name Cedric Vella) took the latter two as inspiration for his latest song, “Kullimkien Konkos” (Cement Everywhere).

If the shoe fits…

In an interview, the TikToker reveals that he never likes to go political, however, this situation calls for it, especially given the seemingly build-at-all-costs attitude that seems to have beset the island at the moment. Apart from construction, there’s also a thinly-veiled jab aimed at money-laundering rumours that never seem to go away.

Singing in Maltese, Vella reveals that by eating this concrete, not only do you get plenty of vitamins, but money in your pocket too, and don’t pay attention to the naysayers, because we’re all heading into a grave at some stage.

Another not-so-thinly-veiled punch is aimed at none other than who appears to be Ian Borg. On the back of the cereal box is a maze, with a tree in the centre and a caption stating “Help Ian find a tree to chop down!”

True, there’s an element of comedy to it all, but make no mistake, Vella’s message is most certainly one of protest. The situation is getting harder to digest every day…possibly much like a cereal made of concrete.

What do you think of the song; is he right or out of line?