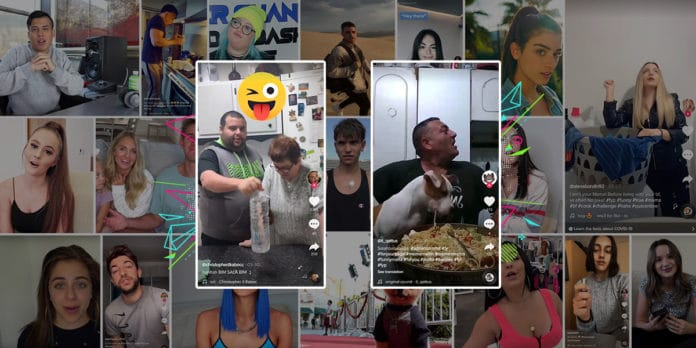 To all those feeling that the pop-culture bus has passed them by, what is TikTok? Simply put, it’s a social media app which allows users to take 15 second videos and share them with the world.  The app started out as Musical.ly in the US. Then, the Chinese company Bytedance bought it in November 2017. They rebranded it TikTok and since then, it’s taken off big time.

It  has been downloaded 1.5 Billion times. A glance at a TikTok compilation will show that the biggest trends include lip syncing, dancing, and whatever meme is the flavour of the week.  It’s loud, brash, colourful…and young. With 66% of worldwide users aged under 30, it’s fair to say that TikTok’s a phenomenon for Gen Y and Z. But is it just another craze, or could it be the future?

While TikTok is certainly the hottest thing online, it’s hardly the most original. Short form video content was popularized by Vine. This allowed users to make videos of up to 6 seconds.  However, the rising popularity of Instagram saw Vine  killed off in 2016.  For those with a cynical perspective, TikTok might seem destined to the same fate. That, eventually it will be yet another victim to the fickle whims of the smartphone generation. Something will soon come along and usurp it from it’s throne.

However, TikTok does have the advantage of more time than Vine, with videos of up to 60 seconds being uploaded.  It boasts a wider variety of features. These include timers to help lip syncing, as well as better filters and effects. Advertisers are giving it far more attention than Vine. It’s still early days for paid advertising on TikTok… it’s a long way from the commercial behemoth that is Youtube. However,  brands can advertise by partnering with Influencers with huge followers, which can bring them massive exposure. Take TikTok star Loren Gray, for example. At only 17, she has racked up a massive 2.3 Billion Likes on the app. According to UK site Online Casinos, she demands around 175,000 per sponsored post.

TikTok’s been fully embraced on the local scene too, and some local creators have gone viral.  Social media starr Grandayy has an impressive 103.4 k followers on the app. Teen dancer Kirstel Guisti has amassed a huge 3.7 million likes. Everyday, videos on TikTok show us how talented, hilarious and downright bonkers our islanders can be.

this dog do be obedient doe ##foryou ##foryoupage ##doge ##pickle

However, if TikTok wants to stick around for the long run, it needs to keep evolving. Like sharks, apps can die when they stop moving. New, exciting features are a must. Snapchat, for example, introduced the ‘stories’ feature, and is still going strong. Vine, however, never added much to its original user experience.

Sure, older generations may not click with TikTok like their kids, but there’s no denying that it has massive power. And while TikTok may, sooner or later, get replaced by something hipper, it has proved that short, catchy, and fast content is what works in today’s attention challenged world. And that’s a lesson we’ll be following for a very long time.