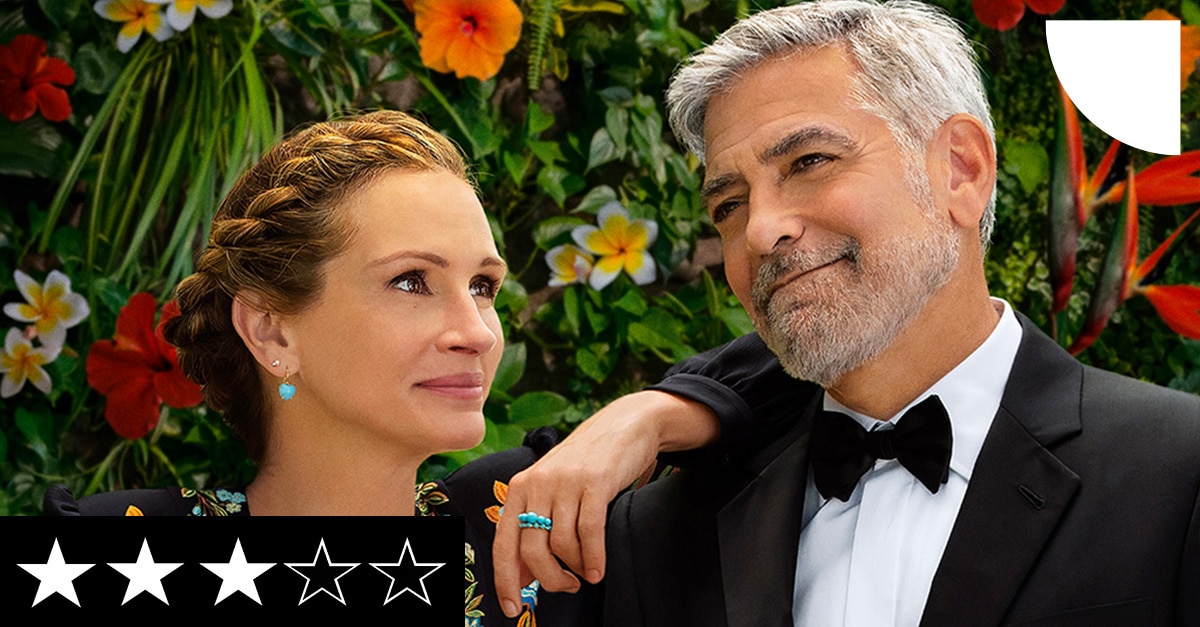 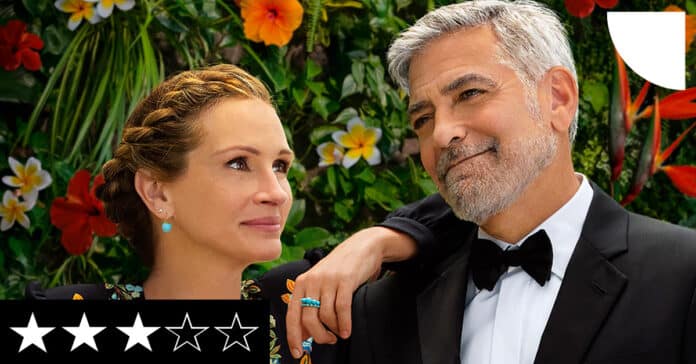 There’s something tremendously cosy about Tickets to Paradise. It’s a comforting reminder that a straightforward rom-com with middle-aged characters can still be enjoyed on the big screen. Of course, it helps that they’re played by Hollywood royalty: George Clooney and Julia Roberts. Just like April’s The Lost City, this lighthearted star-driven comedy makes for a refreshing palate cleanser.

Clooney and Roberts play the acrimoniously divorced parents of college graduate Lily (Booksmart’s Kaitlyn Deaver). While on vacation in Bali, Lily falls for charming seaweed farmer Gede (Maxime Bouttier), and the lovestruck pair become engaged. Fearing their daughter is throwing her future away, Lily’s parents put aside their resentment to break up the nuptials.

“There’s something very Mamma Mia about it all“

Young fiancés, anxious parents, gorgeous coastal scenery…there’s something very Mamma Mia about it all. It makes sense then that this is helmed by Ol Parker, director of the Abba musical’s sequel. Parker’s direction feels fairly anonymous, yet efficient. He’s aware that this is purely a vehicle for his two stars and gives them plenty of room to play.

Clooney and Roberts still have that frothy chemistry that worked so well in Steven Soderbergh’s Ocean’s 11 and 12. Their wisecracking rapport (and Clooney’s looks, of course) bring to mind the Cary Grant rom-coms from Hollywood’s Golden Age, such as Bringing Up Baby and The Awful Truth.

When Clooney and Roberts are not on the screen, however, the sparkling energy dissipates. Deaver and Bouttier are fine young actors, but are lumped with blandly written scenes. We’re supposed to believe they’ve fallen madly in love, but their relationship comes off like a rushed plot device.

Meanwhile, Lucas Bravo, fresh from flipping on omelettes and breaking hearts on Emily in Paris, has a ball as Robert’s smitten beau. His wide-eyed clinginess is perfectly  at odds with Clooney’s weary snark.

Tickets to Paradise doesn’t offer any subversions of the rom-com formula: like a package vacation tour, you know exactly what you’re paying for. But the immense likeability of Clooney and Roberts will slap a big, silly smile on your face. These tickets are well worth booking.

Clooney and Roberts charm their way through a fun, if formulaic, romantic comedy. This is lighthearted, escapist fluff that breezes by.