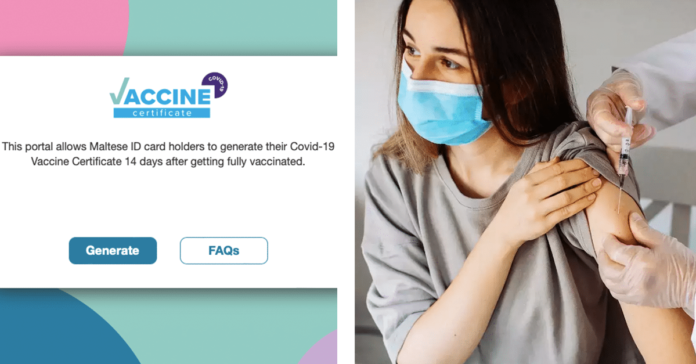 For many Maltese people who were living in another EU country at the time that they took their first Covid vaccination, generating a new vaccine certificate after taking their booster is proving to be a real and proper nightmare, Gadgets has learnt.

One such Maltese national who preferred not to be named took her first and second doses of the Covid-19 vaccine in the EU country she was living in at the time. Having returned to Malta in the meantime, she explained that when she got the booster shot in Malta on 8 December 2021, she presented her vaccine certificate to show that she had taken the first two doses of the vaccine.

No recognition of booster dose

“No questions asked at the time. And yet now, certifikatvaccin.gov.mt won’t generate a certificate. I spent a total of 5 hours on hold to 145 one day, and kept calling periodically after that. Although I took the booster, meaning that I’m covered healthwise, unless a solution is found I will have no recognition of it.”

In the meantime, she was told to seek help from the desk at the booster centre that’s been set up at the University of Malta, only having been allowed in on her fourth attempt because they didn’t want her to ‘block’ the desk. She was then sent to Customer Care at Mater Dei.

“At the hospital, a woman spoke to me through an intercom, telling me to call 145, which put me back an entire week! In the end, I was even told to try the Labour Office. What that has to do with it, I really don’t know, but the person who spoke to me said she had heard some people ‘with a similar problem’ having gotten it sorted there!”

And finally, the most bizarre possible solution suggested: “I was told that I could return (unnecessarily since I no longer live there) to the country where I got the first and second doses, and retake the booster, which makes absolutely no sense!”

So while EU Digital Covid Certificates are valid in all EU countries, IT systems across EU Member States are not set up to accept parts of the vaccine cycle being taken in one country and parts elsewhere.

Gadgets is currently waiting for replies to questions that have been sent to the Health Ministry in the hope that a solution is found for individuals facing this issue.