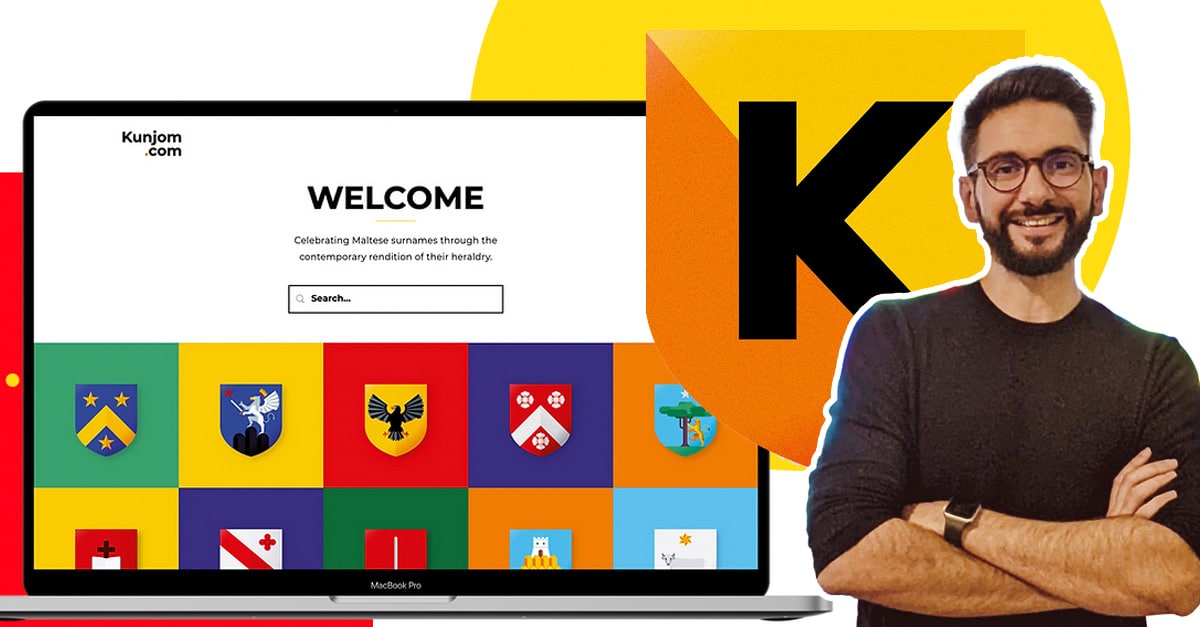 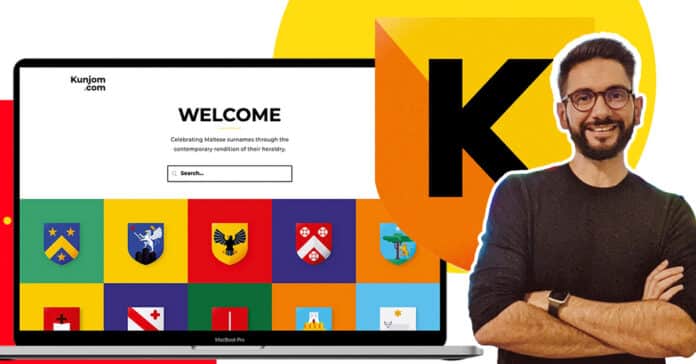 Have you ever wondered about your surname’s history and the family tree that lies behind it?

Let us introduce you to Jonn Galea, a Maltese designer who is working on recreating the coats of arms for the 100 most common Maltese surnames – and he needs a genealogist and app developer to help him out.

Galea is thriving to make local heraldry more accessible through his latest project, kunjom.com: a website that uses contemporary graphics to educate people about the traditional heraldry of Maltese surnames. In other words, it shows you what your surname looks like and eventually, he banks on selling prints to people.

Back in 2014, linguist Mario Cassar revealed that 76% of the population share the same 100 surnames, with the top 5 being Borg, Vella, Farrugia, Camilleri, and Zammit.

On kunjom.com, each coat of arms is accompanied by a blurb of information, along with the surname’s origin and meaning and, ‘if you are familiar with your family’s coat of arms’, Galea explains, his ‘rendition of it should be very familiar to you’.

But as much passion as he has for the project, both Galea’s skills and time are limited, so he’d love to get other people involved to be able to offer accessible, traditional heraldry in both Maltese and English to the general public.

Think you have what it takes to help out? Reach out on me@jonngalea.com