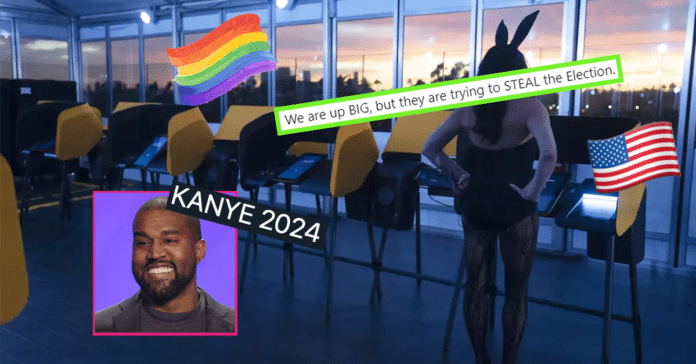 It’s set to be one of the tightest contests in recent US history, and with Trump at the helm, never take anything for granted, too seriously or sarcastically. America being the land of the free, the wonderful and the weird, we’ve gone through various news portals to find more of the latter two, which celebrate the first.

We might not know the final count until a couple of weeks’ time, but Trump, on television, told the world that they’d already won. Facebook in fact felt the need to issue a statement: “We started running top-of-feed notifications on Facebook and Instagram so that everyone knows votes are still being counted and the winner has not been projected”.

Delaware elected the first-ever transgender US senator in Sarah McBride. “I am hopeful that tonight’s result can send a potentially lifesaving message to a young trans kid,” said 30-year-old McBride. “They can go to sleep knowing that their dreams and their truths are not mutually exclusive.” Ritchie Torres and Mondaire Jones will also become the first openly-gay members of Congress in January. Happy days all around.

North Dakota appear to have elected David Andahl to a state legislature’s seat, despite his death on October 5th, due to COVID-19. Results are still unofficial, but a vacancy could be appointed by a legislative member’s party, or voters could petition for a special election to be called by the governor.

We said weird and wonderful, and what encapsulates that better than these images of voting stations?

The Ego has landed

Make of this what you will, but Kanye West voted for himself, and has pretty much announced his candidacy for the next US elections in 2024. Will he go through with it this time?

What have your favourite moments been from the 2020 US election? Let us know in the comments!