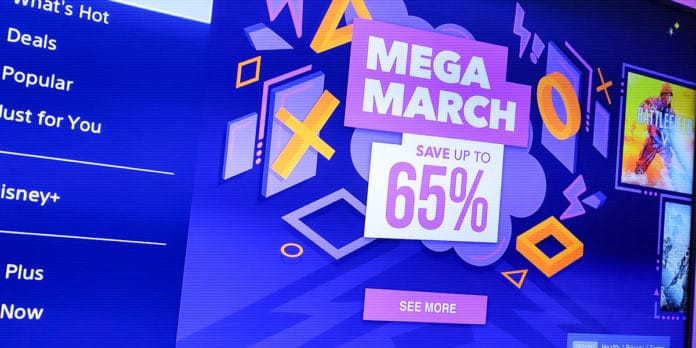 Given the current global situation, we’re all trying our absolute best to go along with this “social distancing” thing. Yet, we’re also suddenly realising, that without our jobs, we don’t have much to do! With this in mind, we have compiled a list of what we believe are the six ‘best value for money’ games currently available on the Playstation Store.

Far Cry 5 takes place in the vast open lands of Montana (USA). It’s a great first-person shooter with tons of hours of gameplay full of mayhem. This one had to be first on our list, since it’s perfect for staying indoors and playing with a friend online. The entire campaign can be completed on co-op with a friend. The storyline could be seen as somewhat lacking in some fronts, but the fun gameplay will definitely make up for it.

Considered as one of the best video game remakes of all time, this remaster does it’s 1998 original justice, to say the least. In a genre-defining fight for survival, you’ll be taking Leon Kennedy and Claire Redfield through wave after wave of horrifying zombies whilst solving some interesting puzzles found inside Raccoon City’s Police Department building. Fair to say that if you’re into horror, you’ve got to try this one out.

Developers TT Games know how to create a video game out of LEGO blocks, that’s for sure. The game is based on several different Marvel heroes’ past and present adventures. Wreaking havoc on your enemies and jumping to the next room is just as fun as any other  LEGO series game, but having your Marvel heroes throughout the entire adventure makes it even better. Great for kids to enjoy hours of action-packed fun!

Known to be one of the greatest open-world RPGs of our time, The Witcher 3 leads to an interesting tale, brimming with adventure. The game’s lead protagonist, Geralt of Rivia is one of the very few witchers left in the world and he could be seen as a bounty hunter of sorts. Its bizarre world sees you making some pretty tough decisions, which in turn will heavily impact your storyline. This game, considered by Gadgets as the best value for money in this list, can give you countless hours of fun to play through during this lengthy period at home. Should you, like us, fall in love with The Continent (yes, that’s what this fantasy world is actually called), you may even consider watching the new Netflix series ‘The Witcher’ which adopts the life of Geralt to be viewed in a completely different manner.

If you love racing games, you’ve definitely played a version of Gran Turismo at some point in your life. The series’ latest instalment is a welcome return to its great arcade-style driving simulation, with a greatly curated online game mode. Racing with your friends from afar has never been so vital.

This is a clear case of saving the best for last. If you haven’t played any previous God of War games, you’re in luck. Although the 2019 successor continues where the franchise left off, you’ll be amazed by how quickly you’ll get what’s going on. Should you wish to view a quick recap of Kratos’ adventures before this game, here’s a short clip explaining everything rather quickly. The latest instalment of God of War sees Greek god Kratos and his son Atreus venture the mystical Norse land called Midgard, whilst meeting some interesting characters along the way. You’ll quickly fall in love with the father figure Kratos has evolved into, and this will constantly surprise you if you remember the murderous axe-wielding Kratos of old. A great tale which leaves you curious of what’s to come.

We at Gadgets pride ourselves in helping you in any means possible when it comes to tech. This time around, we’re promising to help you enjoy your time spent home a bit more. Since electronics stores are now closed entirely due to the COVID-19 outbreak, one can opt to download games digitally. Should you need any help with how to do this, just drop us a message and we’ll try our absolute best to give you a hand!