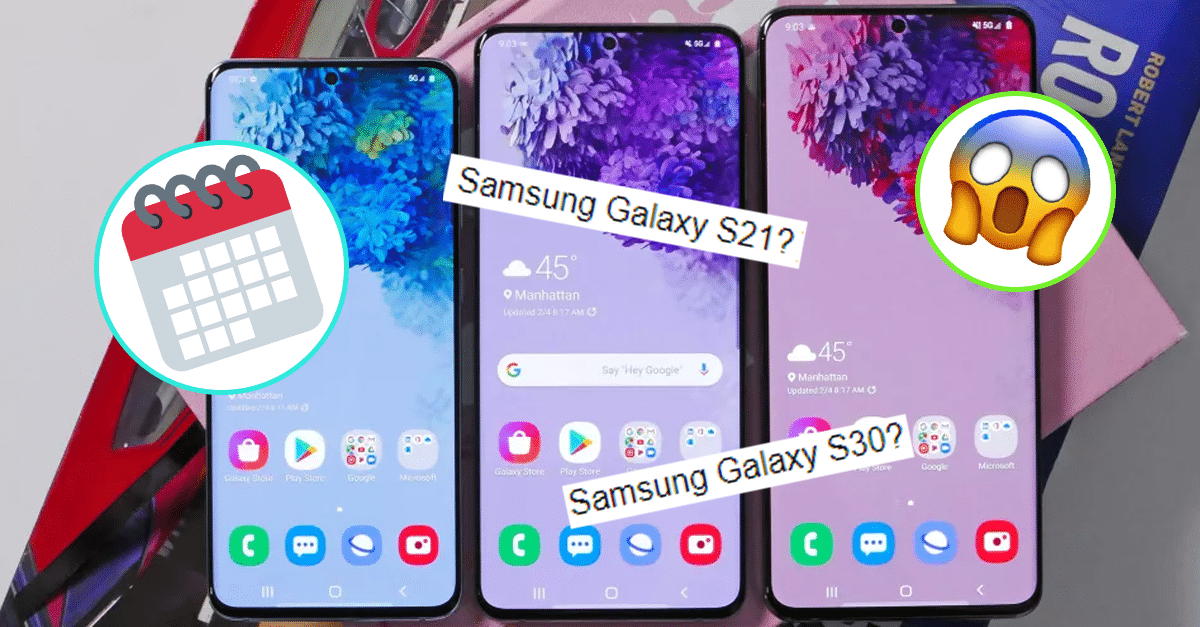 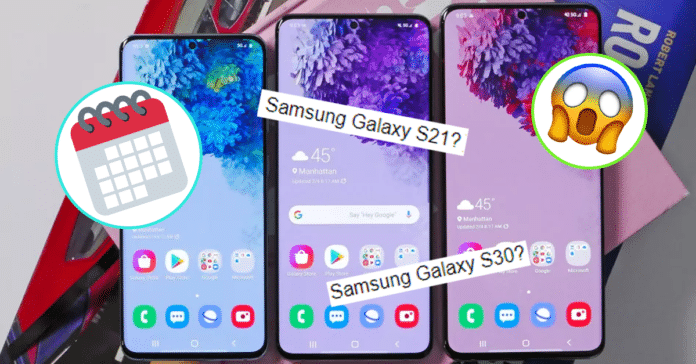 We’ve already brought you news of the iPhone 12’s release as well as the OnePlus 8T unveiling, but we’re set for another event soon! The next Samsung Galaxy is set for a January 2021 release, but for the South Korean tech giants, it’s earlier than their usual preference of a February announcement.

What can we expect?

Leaks in this department have been a lot less in quantity, though we may get more info closer to the date. We do know there will be a standard version, an Ultra version, but a Plus model has not been confirmed. We’re not entirely sure about the names either. Some insiders have referred to it as the Galaxy S21, though some indications suggest Galaxy S30. We’ll just have to wait and see on that count.

And don’t let anyone tell you different. The standard version will have a 6.2-inch no-curve display, with the Ultra measuring between 6.7 and 6.9 inches, with slightly curved edges. As for cameras, expect three on the standard model, whereas multiple rumours mention that the Ultra will have 4 lenses. As for camera specs, there’s little to report as yet, but different sources claim that the flagship phones will feature 150MP or 180MP sensors. Needless to say, that’s fantastic news.

Not easily answered. The Galaxy will feature the same Snapdragon chip as the much-vaunted OnePlus 8T. Probably available at a lower price than the iPhone, Samsung is launching earlier in a bid to really fight Apple. They’re also likely to add longer battery life and fewer bugs at launch as weapons to their arsenal.

So where do you stand? Team iPhone, OnePlus or Samsung? Let us know in the comments!