The Maltese Man Rocking The Guitar World With Custom-Made Guitars 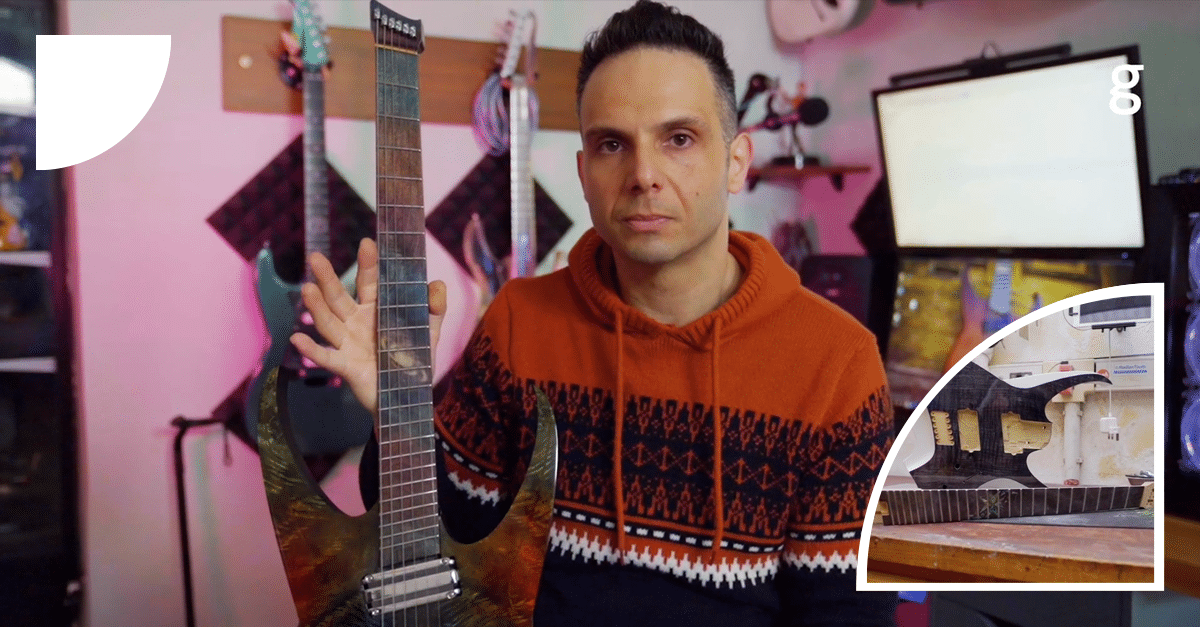 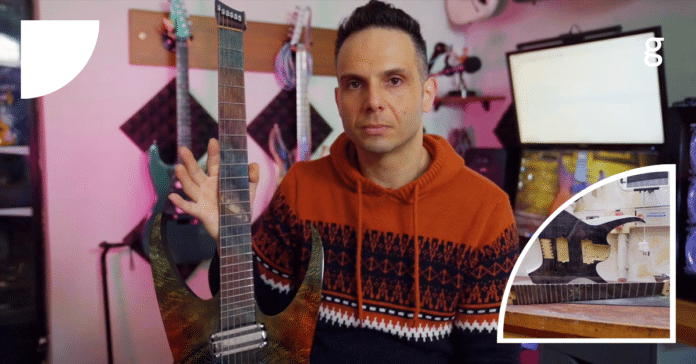 Joan Jett once said “My guitar is not a thing. It is an extension of myself. It is who I am.” That’s what can be said of the guitar player, but what of the guitars’ creators? Aren’t they artists of a similar yet entirely different nature? It’s certainly the case with Andrew Manicaro, the Maltese man building custom guitars from scratch to send all over the globe, which is why we caught up with him to find out more about the man pulling the strings on these incredible instruments.

Everyone needs a hobby

“My hobby is building electric guitars” is the first thing Manicaro tells us as soon as we get there. So it’s not even a full-time job for him? “Well, it started off as a hobby, now it’s a part-time business!” he says, having started this particular journey eight years ago, and it all came together by combining two of his passions together. “I love rock music, particularly the sound of the electric guitar, and woodworking, and one day I decided to join them together and said to myself that I wanted to build an electric guitar.”

Manicaro explains the process to us, step by step. “First thing to determine is whether the guitar will be a six, seven or eight stringer, along with scale length and other model specifications,” he explains, “and after that, we can get stuck into the design itself, usually starting from the neck before building the rest of the body around that”. Once that’s sorted, it’s off to buy the wood and assorted parts and he can then start cutting the soon-to-be work of art. So how long would something like this take?

“Well, if I had to work on it full-time, have all the necessary parts available at hand with no need to wait for shipping, building one would take around two months”, he reveals. It’s a testament to both his patience and dedication to the craft; when building something of this nature, there’s no rushing the process.

Manicaro also has a YouTube channel where he not only shows parts of the process of cutting wood into guitars but also guitar care, how to disassemble them as well as rebuilding old guitars, so make sure to subscribe there too.

Where does the inspiration come from though?

While most of us are more focused on where a guitarist might have gotten inspiration for a particular riff or guitar solo, we might lose sight of where the inspiration for the guitar itself might have come from. We put the question to Manicaro and the answer might send you on a bit of a nostalgia trip. “Mostly I’d have to say old cartoons,” he reveals, “such as Saint Seya: Los Caballeros Del Zodíaco”. In fact, he showed us one particular guitar inspired by the show that was nearby. “This headless guitar named ‘Odin’ was inspired by the Saint Seya character of the same name”.

Other sources of inspiration are video games and the characters within. “Part of this one was also inspired by Skyrim, and it’s something I joke about, that it actually looks like a Daedric axe, as those kinds of weapons in the game tend to be pointy, and that’s what the end result came out like!” he says. And in whose hands can we find these masterpieces?

“Currently there are two local artists using my guitars are Luke Grech of Relikc, who has three guitars, from which two are fully customised models of mine, with the third one being this clear resin guitar. The other artist, who is fully endorsed by me, is David Depasquale of Club Murder. He’s also the owner of a variation of the Odin that I showed you earlier, though his is an eight-stringer, so it’s an absolute beast!”

Manicaro has also created guitars that are used outside of Malta’s shores. “I’ve built guitars that are abroad…I don’t know where all of them are exactly, but I know they’re out there”, he explains. “I know one particular musician, Michael Burgess, who’s from Virginia but was in Malta around five or six years ago, and he bought a guitar from me, and he still tours with it, which is something I take great pride in.”

We also ask Manicaro who his dream client would be, and given his love of the rock genre, it wasn’t surprising to see who he plumped for. “The dream would be for either James Hetfield or Kirk Hammett of Metallica to perform with one of my guitars, that’s the biggest thing I can imagine”. In conclusion, though, what does he make of his trade, also given the irony that Manicaro himself does not play the guitar? “Seeing what something that you created can do in the hands of artists praised by millions of people is definitely a source of pride for me because this instrument was once just pieces of wood that I put together to create”.