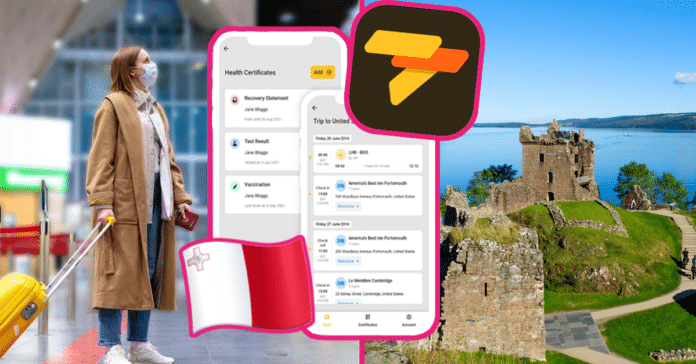 As the travel and tourism industries have begun picking up once again, travellers are required to carry far more than their usual boarding passes and ID documents. We might be preparing for a post-Covid world eventually, but right now, there are quite a few documents to carry around until we reach that point.

Fortunately, there’s a Maltese-developed app that’s proving pretty handy at grouping all your documents in one central space; meet the Trotteo app!

The only all-inclusive you’ll need

Calling it a “one-stop-app” for travellers of all sorts is an understatement. It can store flight details, accommodation bookings, car rental reservations and your digital health certificates. This puts an end to scrolling between apps and e-mails, trying to find passenger locator forms, vaccine certificates and negative PCR tests.

Trotteo supports digital health certificates from a multitude of countries, including all members of the EU, Norway, Switzerland and the United Kingdom. Better yet, you can store this information on the app while offline and in flight mode too, which is great to avoid consuming mobile data or if you’re in areas with limited connectivity!

For now, the app is only available on Google Play Store, but the developers have confirmed that an Apple version will be available soon.

Will you be using this app when travelling?