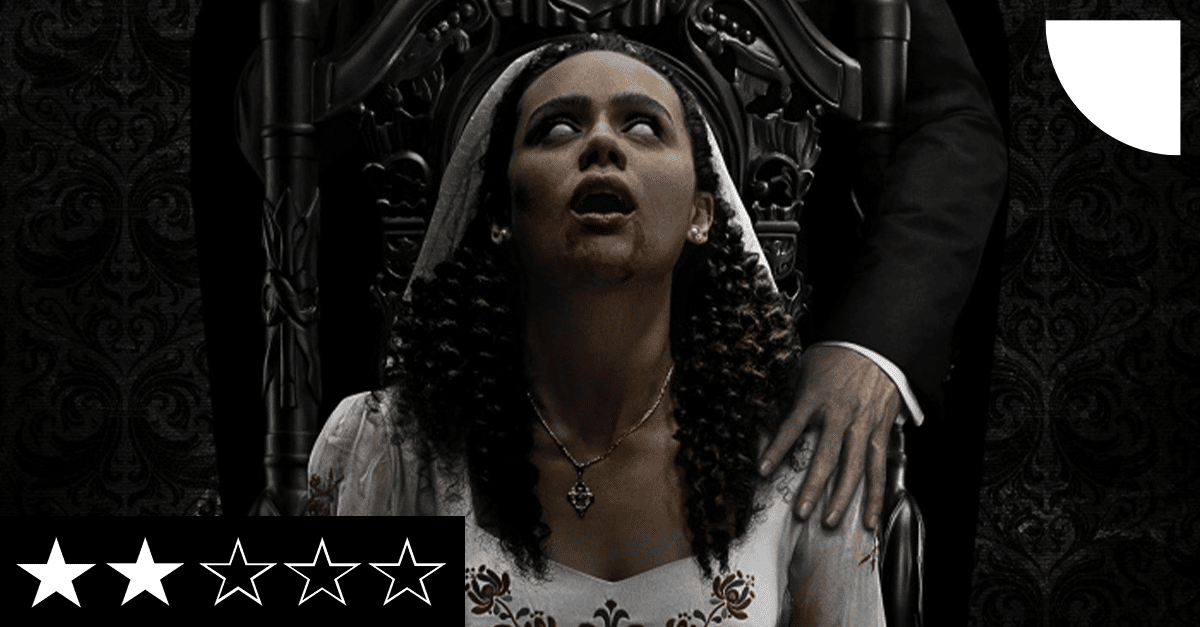 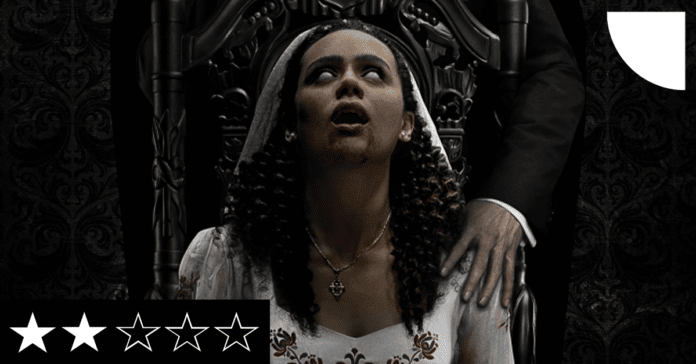 If E.L. James wrote a horror fanfiction about Meghan Markle’s experience with the Royal Family, The Invitation would be the result…

The story follows Evie, an African-American woman who discovers she has aristocratic relatives in England and is invited to a wedding at a gothic manor house. There, she is introduced to the dashing, yet enigmatic, Lord Walter DeVille. As preparations for the mysterious wedding ramp up, Evie begins to suspect that something dark may be afoot.

“Not quite funny enough to be satire, yet far too cliched to be taken seriously”

The question is, how earnest are the filmmakers about it all? One wishes that the film stuck its tongue more firmly in its cheek and was a straight-out black comedy.  Unfortunately, The Invitation’s not quite funny enough to be a satire, yet far too cliched to be taken seriously.

Director Jessica Thompson clearly has a love and appreciation for the genre and throws in more references than you can shake a blood-splattered stake at. Unfortunately, she never remixes them into something fresh. It could be argued that it’s intended to be a throwback, a homage to, say, the Hammer films of the 60s. But the best homages somehow subvert expectations, and that never happens.

It’s a pity, as there are sequences that demonstrate Thompson’s knack for ratcheting up the tension. The spa scene is terrifically nerve-racking, thanks to a nail-biting (literally) sound design. The film does, however, rely all too often on loud bangs to deliver the frights, a rather lazy technique that’s now been done to death by the Conjuring franchise.

There are certainly things to be appreciated here: the cinematography is stylised yet sumptuous, while the production design evokes the moody splendour of Guillermo Del Toro’s Crimson Peak.

“Nathalie Emmanuel brings credibility to the lead role of Evie, while Hugh Skinner is so bumblingly charming…”

Nathalie Emmanuel brings credibility to the lead role of Evie, while Hugh Skinner (as the puppyish cousin Oliver) is so bumblingly charming it seems as though he’s been parachuted in from a Richard Curtis romcom. Thomas Doherty has a lot of fun digging his teeth into the roast ham dish that is Lord DeVille (the actor’s uncanny likeness to a young Udo Kier is surely no coincidence…).

To say it’s cheesy is an understatement: this is a deep-dish Quattro Formaggi pizza of a horror flick. That might be just what you’re craving, but it does get tiring after the first few slices.

Hokey as hell, this is a horror film with no interest in reinventing the wheel. While it has some throwback charm, it’s all far too predictable.