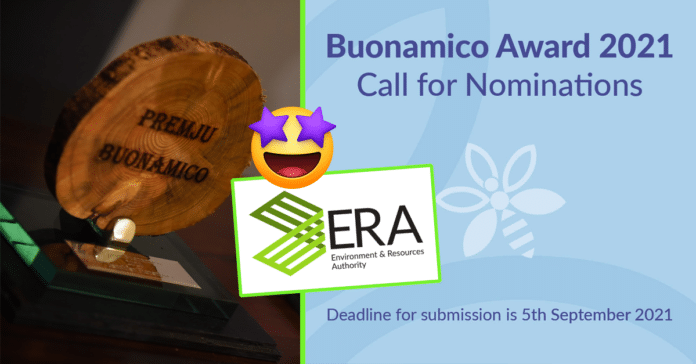 For the past four years, the Environment and Resources Authority (ERA) has been organising the Buonamico Award, bestowed upon those whose actions and achievements benefited Malta’s biodiversity and environment. This award is given by the president, and this year, there’s a little twist to it!

The public can submit nominations!

That’s right, this year’s edition will allow for the public to submit their nominations for individuals and entities (including private enterprises, local councils, or governmental or non-governmental organisations) they believe deserve the fifth edition of the Buonamico Award.

The deadline is Sunday 5th September 2021, so make sure to place your nominations, which you can do by visiting this link. You can also take a closer look at the terms and conditions here.

Giovanni Francesco Buonamico was a 17th-century Maltese naturalist, whose varied intellectual interests resulted in the writing of at least four important manuscripts on natural history. These included the first flora of the Maltese Islands, the so-called “Brevis Notitia” manuscripts.

Previous awards include a whole host of worthy winners, and we’ve got no doubt that this year’s edition will be no different!