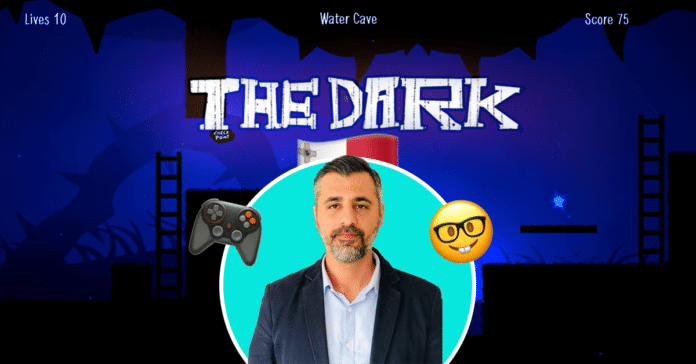 Remember when you said you’d learn a new hobby during the lockdown, and how it fell apart after a week? Stefan Bartolo has shown that with perseverance and the right motivation, you can turn that passion into something tangible, in this case, digitally tangible. We’re here to shed light on his creation, his development team and what he hopes to achieve when it launches on Steam later this year.

“My passion is for building and creating”, says the man who’s also an artist and musician. He feels there are limitations when you’re the player in a game, which he does enjoy from time to time, but the fire is stoked when he’s putting stuff together. With an IT and marketing background, programming has been both an area of study at UM and a hobby, but it was the lockdown that pushed the gears into place. With literally nowhere to go after work, he took the opportunity and started online programming courses, self-taught himself the use of the Unity game engine he’s put it all together to build the game.

That’s right, he’s a self-taught programmer, building a game bit by bit, every day. “Sometimes I’ll keep going until 2 AM, as I make sure that if I start something, I complete it. My current mantra is 1% a day, and I’ve got all the support I need”.

Both his kids are gamers and also his primary testers, and they cut him no slack just because he’s the man of the house. “They’re very critical, and they’re constantly on my tail, making sure I don’t cut corners.” His daughter, in particular, is quite the storyteller, unlike himself he says, and she’s been a driving force especially with character building. What we can say, without revealing too much, is that the playable character is looking for his brother who got lost in a series of caves. It’s named “The Dark” because each character has a different light about them. When a character dies, then the light goes out, so if no one’s there, then it gets dark. Other than this, all we can add is that there will be plot twists to come.

Some enemies will have an element of AI, so they might predict your next move. It’s not some game you’ll finish in an hour and get back to your console. “You’re bound to die quite a few times until you get the hang of it”, Stefan says. Thanks Stef, instilling a lion’s courage with that phrase.

Where to from here?

The targeted launch date is Halloween 2020, which Stefan admits is very challenging, but is still hopeful. With about three months to go, the programming is about done, but the challenges lie in the complexity of level building. Apart from that, he’s faced a steep learning curve between programming as a hobby, and programming for objects in motion and responsive characters.

One thing he’s called for in fact (and if it exists, do get in touch), is a community for indie developers like himself. Apart from the obvious camaraderie, there’s much that everyone can learn from each other, aside from the help that can be provided. Added to that is the small matter of inspiring a talented group of individuals to tackle challenges head-on and start making a name for Maltese game developers on an international stage.

Check out the game footage below!