The Cargo Bike That Malta Needs More Of 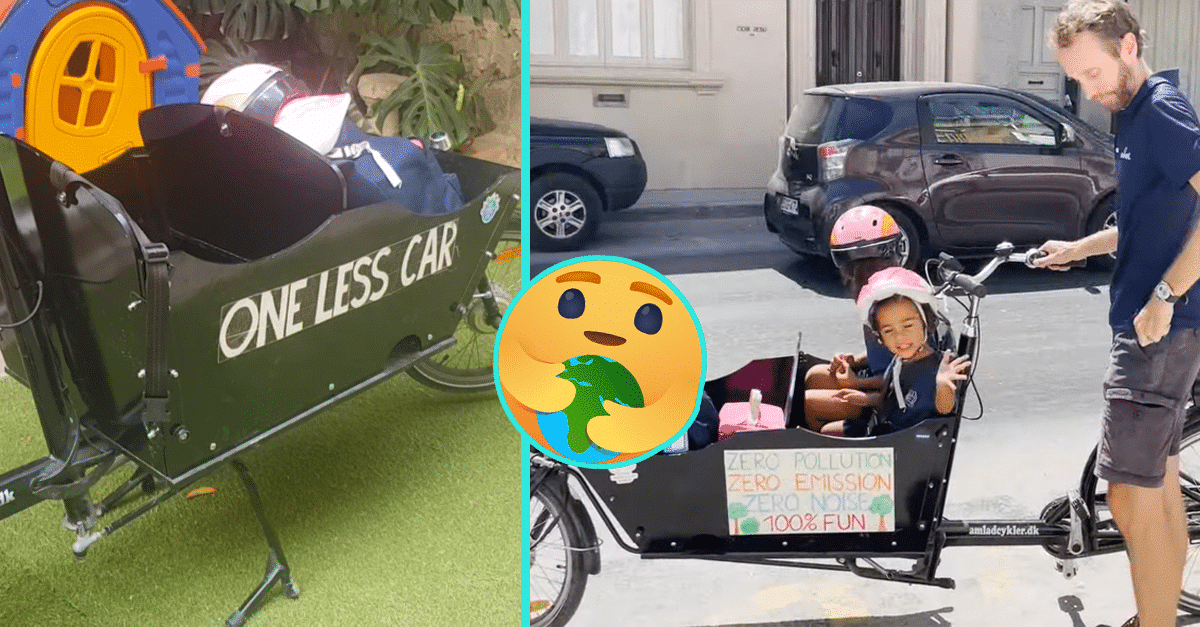 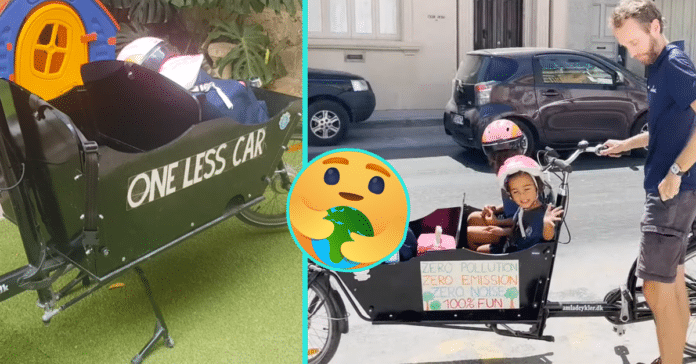 Cycling in Malta is more often than not met with scepticism given the lack of protection for cyclists on local roads. However, that doesn’t mean that we shouldn’t be looking at it as an alternative mode of transport at least for relatively short distances. While many would say that a trip to the shops wouldn’t be something they’d do on a bike, one man is showing that in fact, it is something that can be done.

From taking kids to school to grocery shopping

Jan Reuss, a German man living in Malta has been spotted plenty of times on, locally at least, his uniquely shaped bicycle. Though the rear is standard, its elongated front end has allowed for a two-space container that can either carry your shopping, or in Reuss’ case, his two young daughters as he takes them to school.

Rather aptly written down one side is a message stating “One Less Car”, something most parents or guardians wouldn’t consider when thinking of their child’s school run. Given the capabilities of the bike, it’s certainly worth a second look in terms of sustainable approaches to transport.

Though it’s slightly wider than a traditional bike, the cargo space benefits it provides are countless, not to mention the relative lack of parking hassle! Speaking to Creative Impact Agency’s vlog “Word on the Street”, Reuss revealed that when he went back to Germany recently, there were plenty of people riding similar bikes in the city centre.

He acknowledges that Malta’s hardly the best place for it, citing the glaring lack of infrastructure pertaining to bicycles, but given the advantages it provides and the fact that it’s beneficial to the climate means it’s worth enduring the other hardships.

Would you ride a similar bike if you could? Tell us in the comments!