The BOV ePremier League Has Entered The Final Stages 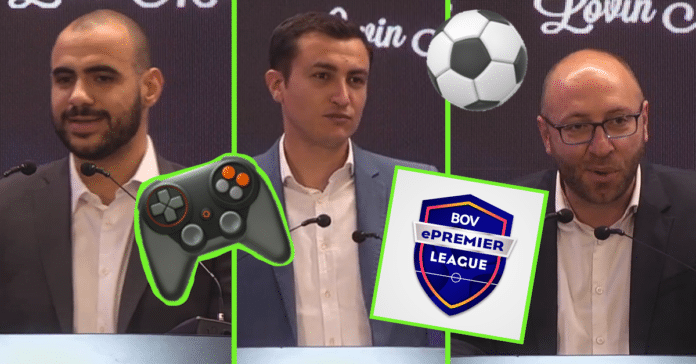 Malta’s BOV ePremier League started out as a 300-player tournament has been whittled down to the last 16. To kickoff this final phase, a press conference was rather aptly held at the Centenary Stadium, and featured speeches by Kersten Chricop from GMR, MFA president Bjorn Vassallo and Minister for the Economy and Industry Silvio Schembri.

Journey to the eWorld Cup

This tournament will serve as a qualifier for something much bigger than just local bragging rights as Malta’s FIFA21 champion. The two finalists will both attend and participate in the FIFA eWorld Cup, representing the country.

In the build-up to the event, players had to play from home, where they were given all the tools to set up a live feed in their own homes, allowing spectators to enjoy the matches along with the players themselves. From now on though, things will take place within the studio at the Centenary Stadium.

Chircop hailed the MFA’s support, explaining that “thanks to the MFA, the public understood the opportunities that come with eSports”. The quality of Maltese FIFA player has increased steadily, with some even earning contracts with foreign teams.

It’s not been easy

The road to getting to this stage has not been easy, pandemic or not. MFA president Bjorn Vassallo said that with the local physical football scene stopped, it will be great to have an element of digital Maltese teams taking part in a competition. “It’s also great to be hosting computer-based football in an actual football stadium too!”, he enthused.

Minister Schembri paid tribute to both Kersten and the MFA, recalling how Kersten started all of this from a garage. “Nothing comes easy, and it took a lot of consultation to reap today’s successes”, explained Schembri. “It was tough to convince people that this is a sport like many others: to reach high levels, you’ve got to practice, there’s an exertion on a mental level and it gives the players emotions akin to the real thing.”

Malta is one of the few countries to have a national eSports plan that is wholly supported by the government and the local football authorities. A FIFA 21 player himself, Schembri explained that the government will continue provide eSports the support it deserves.

“We want to take the local eSports scene to the next level and keep moving forward after that too”, he revealed. Malta joins countries like the UK, Germany, Italy, France and Spain, all giants of the game, in having a FIFA and EA badge.

Will you be tuning in to watch the final rounds of the BOV ePremier League? Tell us who you’re supporting!