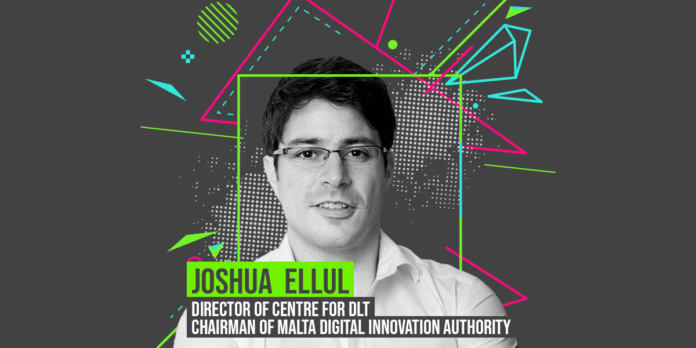 and what the future holds for these emerging technol

Tell us a bit about yourself.

I am a tech enthusiast. I enjoy programming and working on solving problems.  I am an academic within the Department of Computer Science in the Faculty of ICT at the University of Malta. I have also recently been appointed Chairman of the Malta Digital Innovation Authority (MDIA) and Director of the newly opened Centre for Distributed Ledger Technologies, which focuses on Blockchain, Smart Contracts and other Distributed Ledger Technologies.

What does the centre and MDIA focus on?

The Centre brings together academics from various disciplines including law, business, finance and technology where we are starting a new multi-disciplinary Masters in Blockchain and Distributed Ledger Technologies. The MDIA is responsible for instilling higher levels of assurances into innovative technology arrangements such as Blockchain and Smart Contract systems.

For the man in the street, could you explain what Blockchain is really all about and why should people be informed about it?

The keywords are trust and decentralisation. We traditionally store all our data in a central location, either a central computer, or computers owned by a specific organisation. We typically trust the central computer or the central organisation with our data, and the transactions pertaining to the data. Blockchain provides a way for data and transactions to be stored and processed in a network of computers that we may not necessarily trust.

One most popular application of Blockchain is cryptocurrencies. A means of keeping track of ownership of how much cryptocurrency one owns, without having to trust a single bank’s computer to report the correct amount. It is the blockchain which operates underneath a cryptocurrency that provides for this decentralisation.

The Blockchain provides for a way to ‘do business’ with untrusted third parties without having a central point of trust.  The Internet of Things (IoT) is all about embedding computational devices into our everyday lives with the aim of having other efficient ways of dealing with everyday tasks. This can be through autonomous cars, smart homes or other devices working behind the scenes in the background.

What do Blockchain and IoT differ?

What potential does Blockchain technology hold locally and internationally?

There are many challenges which need to be overcome to realise a ‘Blockchain of Things’ future. But the potential could lead to a means of decentralising various industries including energy, insurance, shipping and logistics. Locally there is the opportunity for Malta to become a hub for services pertaining to Blockchain and Smart Contract development. It can also provide as a test bed for the integration of such technologies into society.

You have recently been appointed Chairman for the Malta Digital Innovation Authority. What work do you hope to achieve by taking on such a promising role?

The Malta Digital Innovation Authority’s main remit is that of instilling higher levels of assurances into innovative technology arrangements. My main goal is to see that an assurance framework is put in to place to achieve this.

In what way will the authority function to be beneficial to the local public?

The current innovative technologies, as defined in the Innovative Technology Arrangements and Services Act, currently include Blockchain, DLTs and Smart Contracts. Smart contracts, due to their immutable nature and the fact that they are used for cryptocurrencies, require that the code is implemented correctly.

What will the authority provide?

The authority’s remit is to provide higher levels of assurances through recognised system auditors. This will provide an independent audit on such innovative technology arrangements. In turn, it will directly result in, not only consumer protection, but also the potential for Malta to attract companies operating in innovative technology fields.

There has been talk of adding Blockchain studies as part of the education curriculum in schools. What would this entail and how do you think students would benefit from this introduction?

It is often perceived that Blockchain, DLTs and Smart Contracts is only a tech-based industry, however, the technology will affect many different industries and professions. Therefore, at the University of Malta we have developed a multi-disciplinary Masters programme that focuses on various aspects.

What would the programme involve?

Moving forward, an educational programme needs to be put together that introduces the concept of decentralisation and informs students in respect to how Blockchain and Smart Contracts may provide benefits to their professions. This requires educating the educators and raising public awareness. At the University of Malta, we have held a number of public lectures and delivered units specifically targeted for a general audience to achieve this.

Can you think of any IoT gadget that is becoming in 2019?

Much of IoT is about technology that operates in the background.  It’s all about the individual, increasing efficiency and better qualities of life — and where do we spend our time?  At home and at work. More devices will be integrated into smart homes to provide a better quality of life and into work environments.  Which device or class of devices will be at the forefront is hard to tell – there have been many interesting projects, such as smart glasses, that could increase one’s efficiency but did not take off. Some applications which I believe have potential include asset tracking and healthcare.

Is there a gadget you can’t live without?

The traditional – my mobile and laptop.  Many processes have become heavily connected — requiring an ‘always on’ mode of operation. Sometimes, if possible, it’s great to just switch off.