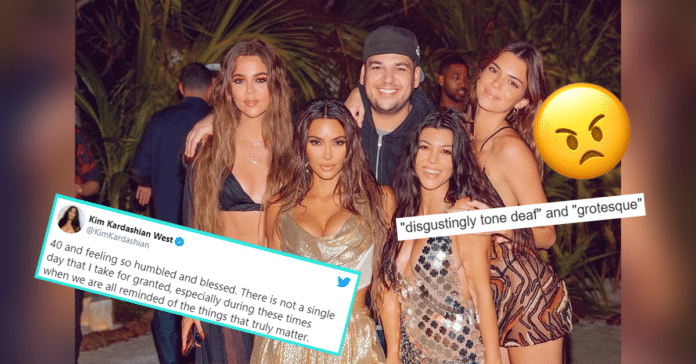 Kim Kardashian West took to Twitter to say how COVID has helped her realise what a privileged life she leads. Which is why she decided to throw a party on a private island, for her inner circle, after two weeks of isolation. No mask-wearing (except for the staff employed), no social distancing and plenty of contact. “Humbled” and “blessed” is how she put it.

This is what was originally posted. Amongst various adjectives, “disgustingly tone-deaf” and “grotesque” were rather apt, but of course we’re mostly interested in the resulting memes.

Even Netflix got in on the fun…

Two families get together

Family celebrations bring out the best within us. Right, GoT fans?

Not quite as surreal

If you thought Bosch’s The Garden of Earthly Delights painting was surreal, an insight into Kim’s version of “normal” beats it all ends up.

In the meantime, do you know of any Maltese copypastas? For the uninitiated, a copypasta is when a block of text gets copied and pasted across the Internet and social media sites, to then reach a virality level beyond normal memes, similar to the above.

What do you make of Kim’s celebrations though? Is it her business where and how to throw a party, or should she be setting a better example in her position?